Although this year has been long and arduous, one aspect of our collectively-changed lives that has gone underreported is the absence of eating at my beloved food court. And, yes. Im talkin bout the one where Clem's kids have their birthday parties. During my early childhood days, there was nothing like meandering through the mall in search of a pair of Saucony's that were under 20 dollars, brightly colored, and on clearance. I told myself at the time, "I love these Saucony's because they are unique like me."

In reality, I was poor and used that excuse as a rationale to trick my mind into thinkin that my multicolored sneakers, or as we call them in the South, "Tennis Shoes," were cool AF.  After finding a pair of size 7s that fit me, I would walk with my footlocker bag to the middle of the mall and get a few tasty chunks of chicken from the international house of teriyaki chicken… talkin Panda Express.

During my high school days, I had more chicken chunks than Desiigner had views on his 2016 smash hit Panda.

"Chaps! Chaps! How many is that? I remember that song. It was great although I admittedly thought it was by Future for a while."

We all did. But, to answer your question….

Incredible. 390 million times someone listened to that song. I just added 5 more.

Anyway, if you actually ordered a 2 meat, 2 veggie plate at Panda Express, you were a sucker. You had to treat the chicken samples like hors d'oeuvre and then again as a remise en bouche while you began your trek to PacSun, Hot Topic, and finally Hollister.

The meal of choice for me at the food court varied depending on the mood and the weather. Of course, during the wintertime, I would go with Sbarro. There's nothing like warming the belly with a little spaghetti and a side of garlic bread. But, if the season was spring or summer, I could be tempted with a little Hot Dog On A Stick, Charlie's cheesesteak with bacon cheese fries, or - if the stars aligned, you'd need to praise Astraeus who, lest we forget, was the ancient Greek Titan god of stars and planets and of the art of astrology, at the sight of a Kenny Roger's Roasters. 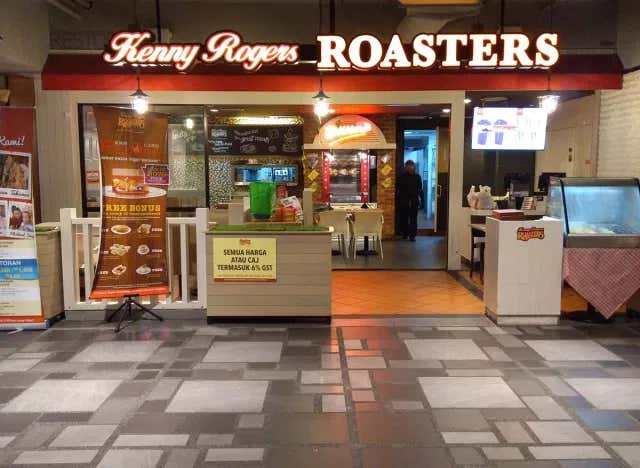 And finally, it was time for the pièce de résistance. If your mom's pocketbook could handle it, it was the mall splurge that was good enough to make you splooge. Of course, Im talkin bout mother fuckin cookie time at the Great American Cookie Factory. Snickerdoodle. 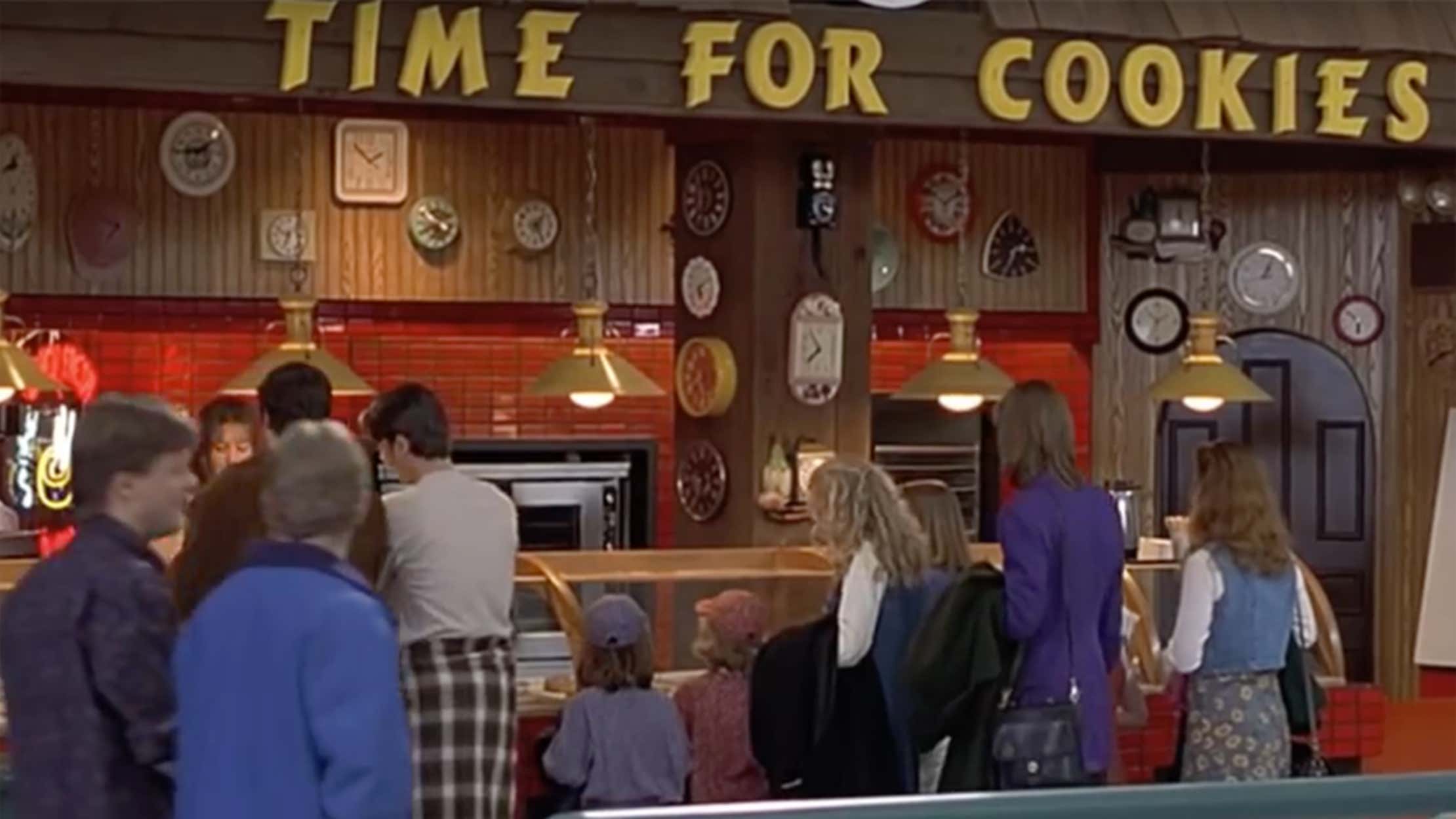 You're god damn right it is.

So, that being said, Kenny Roger's Roasters and the Great American Cookie Factory sit at the top of my Supreme Food Court with Auntie Anne's Pretzels writing the minority decision based on too much butter and salt. It'd make me feel bloated!