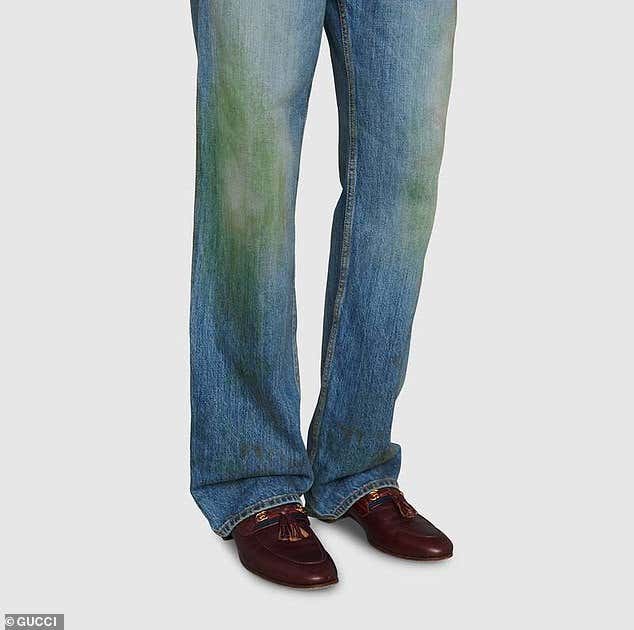 The Italian luxury brand is selling their Eco washed organic denim pants for £600, complete with the illusion of fresh grass stains around the knee area.

Gucci claims the material has been specifically treated to channel a 'grunge vibe' throughout Fall Winter 2020.

The jeans that look as if they've been seen better days before they've even been purchased, have faded brown spots in addition to bizarre green stains.

There is nothing I hate more than high fashion. I used to have many pairs of these exact same jeans. They were my "yard work" jeans. Perfect for mowing the lawn or laying mulch. Then I moved to the city and no longer had to do yard work so I threw them out. Gucci though, has realized that they can market these jeans to people who like the idea of having grass stains on their jeans because its "grunge", but are far too rich to ever end up in a situation that would result in them getting grass stains on their jeans. I miss the days when "grunge" just meant you wore flannels and did heroin. 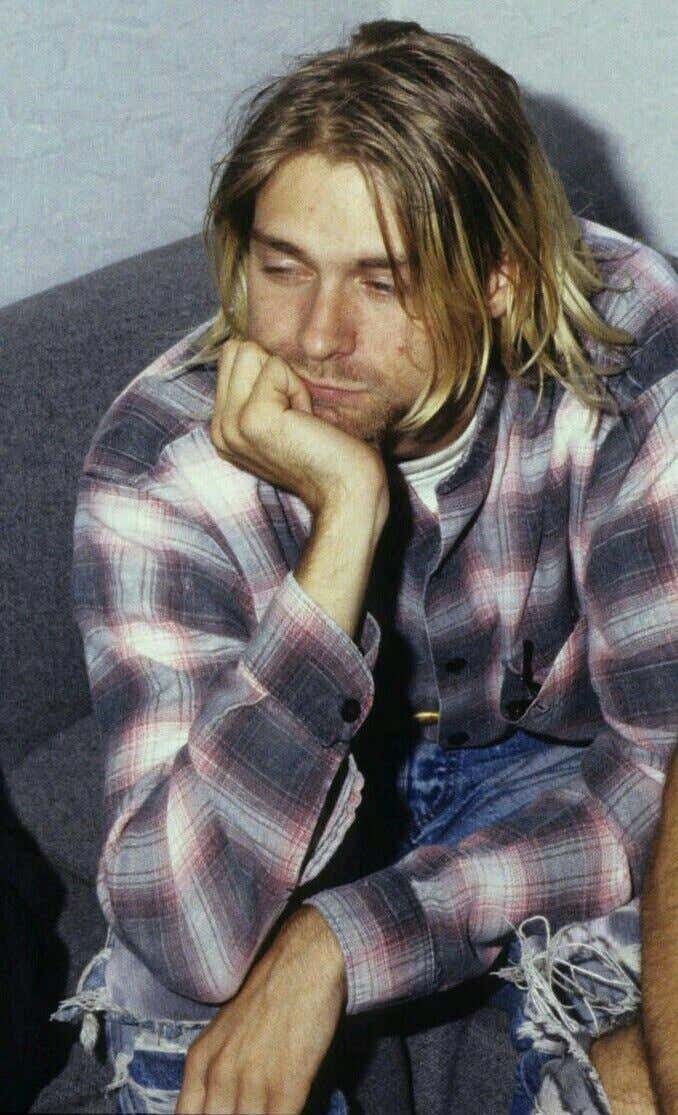 Gucci isn't the only brand cashing in on rich people who want to look poor. Nordstrom was selling these taped up shit kickers for over $700 before they sold out.

Celebs would never buy a shitty car or house just to appear "hip" but when it comes to clothes, looking impoverished has become increasingly trendy,

and quite frankly, it's insulting to people who have to wear shitty clothes out of necessity.

P.S. What is stopping Barstool from undercutting Virgil Abloh and selling white shirts that say "Non Fiction" on them for $25?