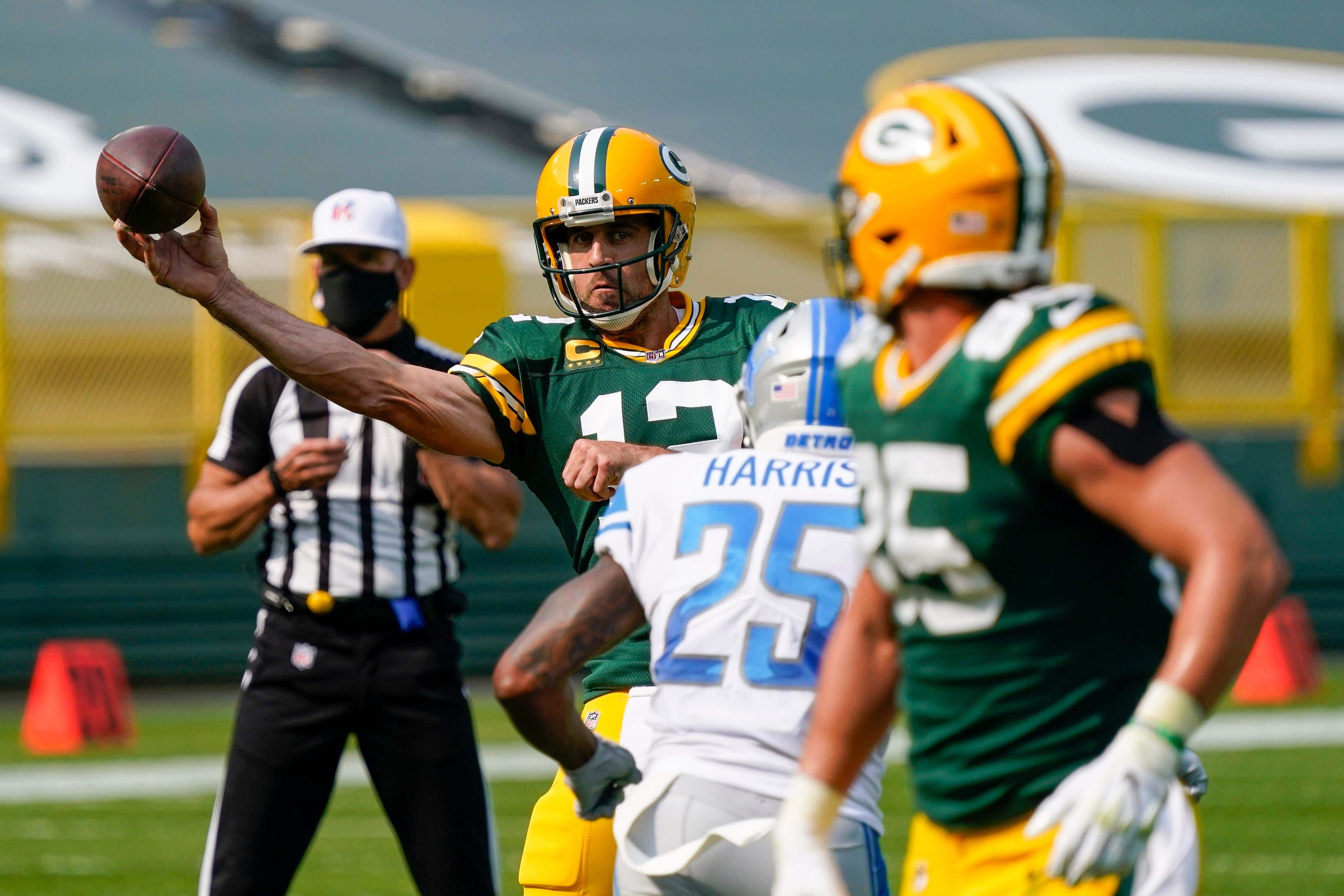 When the Lions drafted Ohio State shutdown corner Jeff Okudah at 3rd overall in the NFL Draft it was seen as a home run pick. With Darrius Slay in Philly now, Okudah would slide right in as the perfect replacement. Now his training camp was hit with a snag as he suffered hamstring injury that caused him to sit out Week 1. What did that mean? Okudah's pro debut would come against Aaron Rodgers. Oh yeah no Desmond Trufant or Justin Coleman either. Thrown right into the fire, good luck kid.

How'd the rook handle the pressure? Well let's just say 12 didn't go easy on him. In fact he practically abused him.

I mean Jesus Christ. BBQ'd. Just plain old mean. Now of course guarding Davante Adams in your NFL debut won't go well for just about anyone as you see here. He'll make you look like you've never played the sport if you're not careful.

But Adams was bothered with two injuries in this one, ankle and hammy, and was limited to just three catches on 36 yards. Rodgers stat line on Okudah truly was a product of him picking on the rookie, and not Adams roasting him. This made me think of 12's quote about Okudah the day he was drafted. He was asked what a rookie corner entering his division meant for when they meet. His answer

“It means you go at him until they figure it out, that’s for sure,” per the Pat McAfee Show

Man of his word. I'd say 10 targets, 7 completions, 121 yards, and a QB rating of 110.8 would be the definition of going at him until he figures it out. Okudah never figured it out. Rodgers never stopped. He's a bad man.

So far in 2020 Rodgers has shown no signs of aging or any kind of mercy. The man is simply on a mission. Granted it's come against the Vikings and Lions so I'm going to contain my excitement for now, but the Saints on Sunday Night Football this week will surely be a huge test. That will be in a fan-less Superdome, likely giving Rodgers the advantage. Expect all of the fireworks.

P.S. This kind of start further shows how idiotic not improving the current team was in the 2020 draft. Imagine adding a premier WR to this already insane offense? Or how about improving the front 7? Instead they took a backup QB and a 3rd string RB in the first two rounds. Morons.

P.P.S. Okudah is going to be a stud. He was put in an impossible situation on Sunday. If you're a Lions fan I wouldn't worry at all. That's just Aaron Rodgers being Aaron Rodgers. The letter Jeff wrote to his late mom before the NFL Draft will always make me a fan of his.