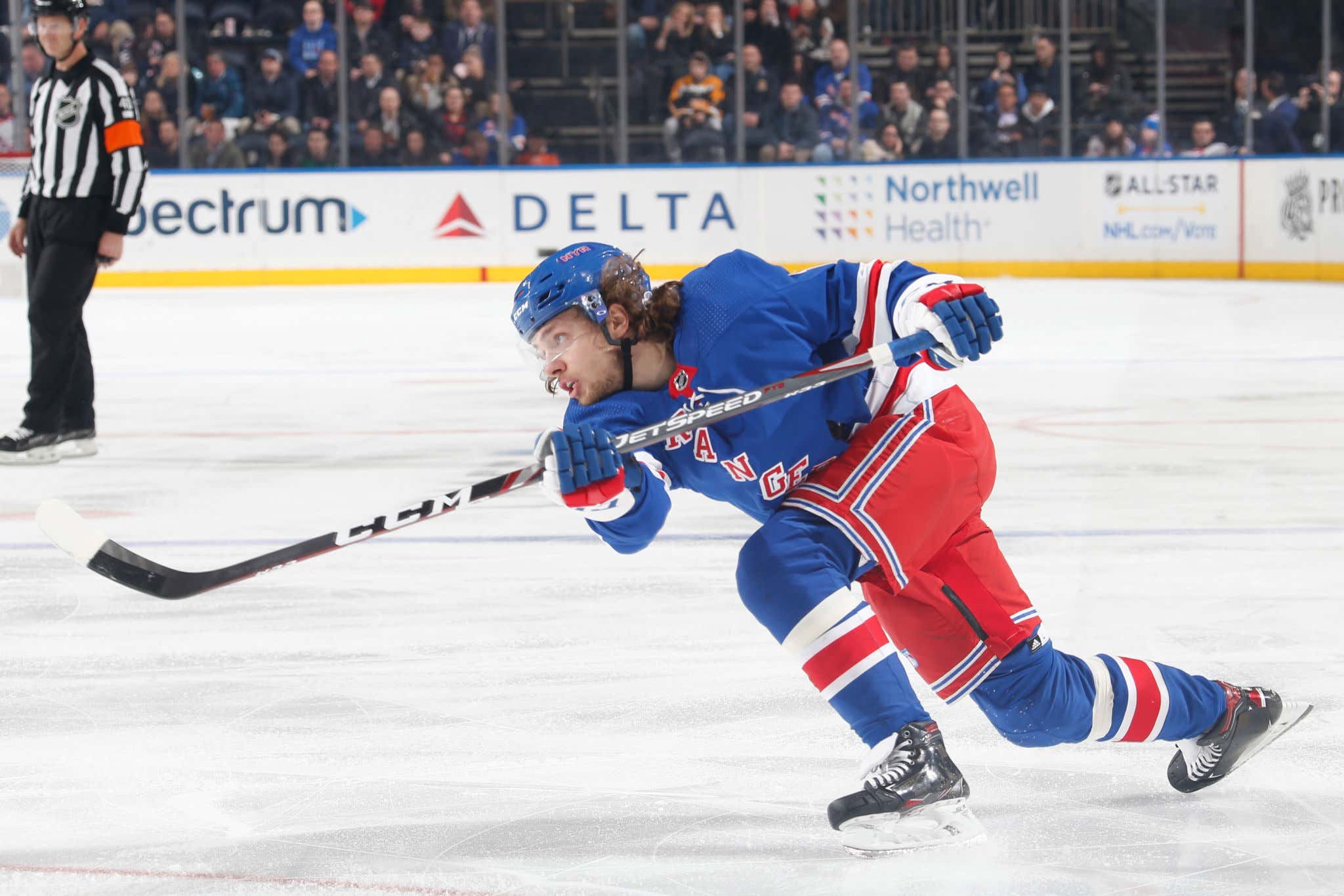 Way back in 2018 I told everyone Artemi Panarin wanted to be a NY Ranger. After being disrespected in Chicago then hidden away in Columbus, Ohio he was looking for one thing - stability in a major market city where he could truly become a superstar. When he was finished laughing at the Islanders thinking they had a shot despite offering a mil per year more, The Breadman signed on the dotted line with the Blueshirts and lived up to every single penny in his Broadway debut. Perhaps the best UFA debut season in NHL history.

There was a lot of pressure after signing to live up to the hype. Plenty were claiming he was overpaid and, considering his AAV is only bested by Connor McDavid, it wasn't exactly an unfair sentiment. Only 7 players outscored Panarin over his first four seasons but to justify backing up the Brinks truck, he would have to be better. Well in just 69 games he set career-highs across the board - and that's saying something for a guy who averaged 80 points prior. His 95 points (113 projected over 82 games) were good for 4th in the league. He ranked second in assists, second in plus/minus & led all skaters in points at even strength. His new squad was 3-11-1 when Panarin didn't register a point. 34-17-4 when he was on the scoresheet. Sounds valuable.

What made him MOST valuable was, ironically, a failure to mesh with his first set of linemates Buchnevich & Zibanejad. In 233 5x5 minutes with Zib, Panarin mustered a mere 2G & 5A. When Coach Quinn separated his two big guns and put #10 with Strome though, it clicked. In three times the minutes (700), Breadman racked up six times the points (42). Meanwhile, bumping Kreider back up with Zib got their mojo going too. For a majority of the shortened season, NY had two high-flying scoring lines & ended up with a top-five offense instead of an extremely top-heavy attack opponents could key in on.

His impact didn't stop up front though. The back end benefitted just as much. Tony DeAngelo busted out as the 4th-highest scoring blueliner. What forward did he play with the most? Panarin, by a longshot. 36 of his 53 points (68%) came when he was on the ice with The Breadman. Rookie Adam Fox had 20 of 42 points (15 at ES) with the Blueshirts' newest star - his most with any teammate. Overall, the Rangers led the league in points by defenseman. Coincidence? I doubt it. Panarin did exactly what a superstar is supposed to do and raised the level of play everywhere around him.

Let's not forget his two-way game as well. He's got a Mark Stone-like stick in terms of turning pucks over & breaking up plays. Despite being on such a young, defensively challenged team Panarin's on-ice even-strength goal diff numbers were Bergeron-esque - which explains why he led all NHL forwards in +/- by a substantial margin. All this in his New York debut with the pressure of a new contract in a new city under the brightest lights. Playing under a new system for a sophomore head coach & alongside the youngest squad in the league. What could he possibly do for an encore? We still got six years left!! With the surrounding cast around him only getting better, I can't fucking wait. For now though, there's only one thing left to put a bow on Artemi Panarin's arrival - a most deserving MVP trophy.