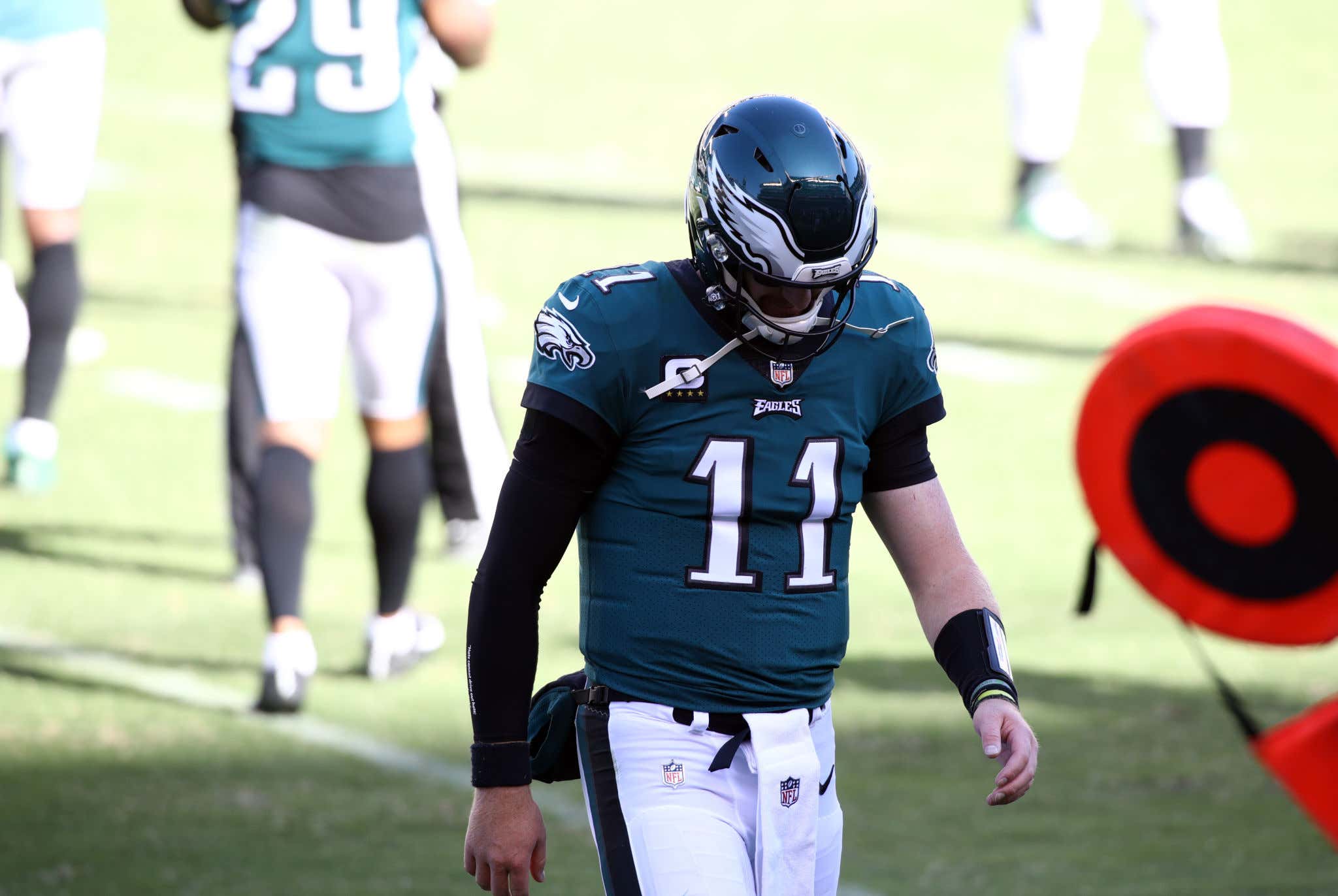 If you were watching the Eagles game yesterday then you would have heard Carson Wentz and the lifeless dog shit Eagles offense getting boo'd off the field by the artificial fan noise.

But instead, those were only apart of the broadcast audio and not the actual in-game audio. So instead, Carson Wentz got to mosey on off the field after overthrowing his receivers by 40 feet every drive without having to hear the visceral pain and frustration and anger and disgust from Eagles fans everywhere. Must be nice.

Now I think I can speak for all of Philadelphia today when I say that I'm furious at Carson, I'm furious at Doug, and I'm furious at Howie. You can put that in any order you'd like. But do you want to know who is also absolute fucking killing this team right now?

Because of Philly fans would be allowed at the stadium right now like so many other fans across the league are in some level of capacity, well then maybe there's a chance the Eagles show at least the smallest sign of life out there instead of just getting one lucky bounce on a special teams play to make that game appear so much closer than it actually was. The Eagles need to get the shit boo'd out of them when they deserve to get boo'd. But if they're out there making careless and lazy mistakes all goddamn afternoon and then just trot back to the sideline without having to get destroyed by the fans? Well all you have to do is look at that shit from yesterday to see the consequences. Not an ounce of fight at all from this team and it's sickening.

P.S. - I still think there's the smallest chance that Carson can get himself back on track. But holy shit is he making it impossible to root for him right now.