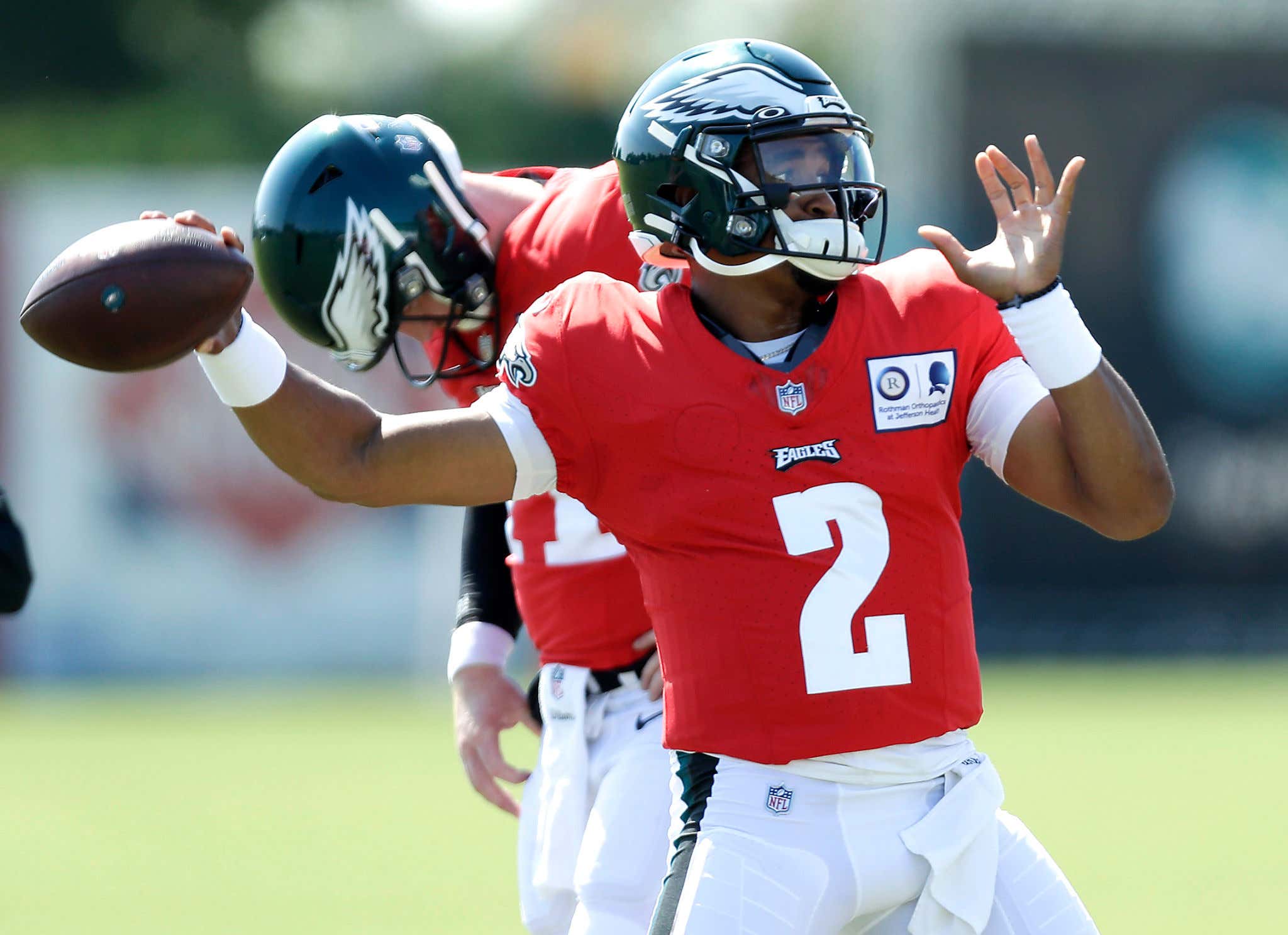 The Philadelphia Eagles are a dirty, rotten team. They stink to their core. It's from the top down. Howie Roseman has a big ol' bowl of Mott's applesauce for brains. Doug Pederson acts like he's coaching a game of Madden but he doesn't have the luxury of being able to rage quit in the middle of games. The defense is just a giant pile of dog shit that somebody managed to put a few jerseys on. And as much as this Jalen Hurts to say, Carson Wentz just isn't who we thought he was.

I don't think those 13 wins in 2017 were a fluke. I think that was the MVP caliber quarterback that Carson Wentz was destined to be. But then the injury combined with having your backup leading the team to a Super Bowl victory have completely derailed him. He might not be broken beyond repair, but he's sure as shit broken. So unbelievably broken.

That pick right there. That was the dagger in this game. The Eagles somehow miraculously got themselves to within 5 at halftime. Then they force a 3&out on the Rams first possession of the 2nd half. Then the Eagles string together a beautiful drive marching there way down the field from like their own 10 yard line. The momentum was there. The chance to take the lead was right there. And then Carson does what Carson Wentz does best--get himself in trouble because he's always too fucking trigger happy to make a huge play.

1st down and this numb nuts decides to throw it to JJ Arcega-Whiteside in double coverage in the end zone. First down and he tries to thread the needle to quite possibly the worst receiver in the league. Turn your fucking brain on, dude. But instead of taking over all the momentum and somehow taking the lead in this game, Carson shits all over himself and that's all she wrote. Well, I wish that was all she wrote because it only continued to get worse from there. But you know what I mean.

Carson isn't the only problem the Eagles embarrassed themselves yet again today, but if you're looking for a definitive moment for when this game was lost, that interception is the culprit.

So now what? You already dressed Jalen Hurts today and put him in for a couple of plays. So just rip the band-aid off already and do the thing. Let Jalen spin. And then who knows, maybe Jalen can figure out a way to go on a run here and get the Eagles in playoff position since anything is possible given how shitty the NFC East is. And maybe after then, Carson will have gotten out of his own head and he'll be ready to pull a Foles on Jalen. It'll all come full circle. But yeah, I don't know how much more of this shit I can watch because aside from one lucky special teams bounce, that was pathetic. From the construction of the roster, to the coaching of the players, to the play on the field. Everybody associated with that organization is big time dog shit right now.