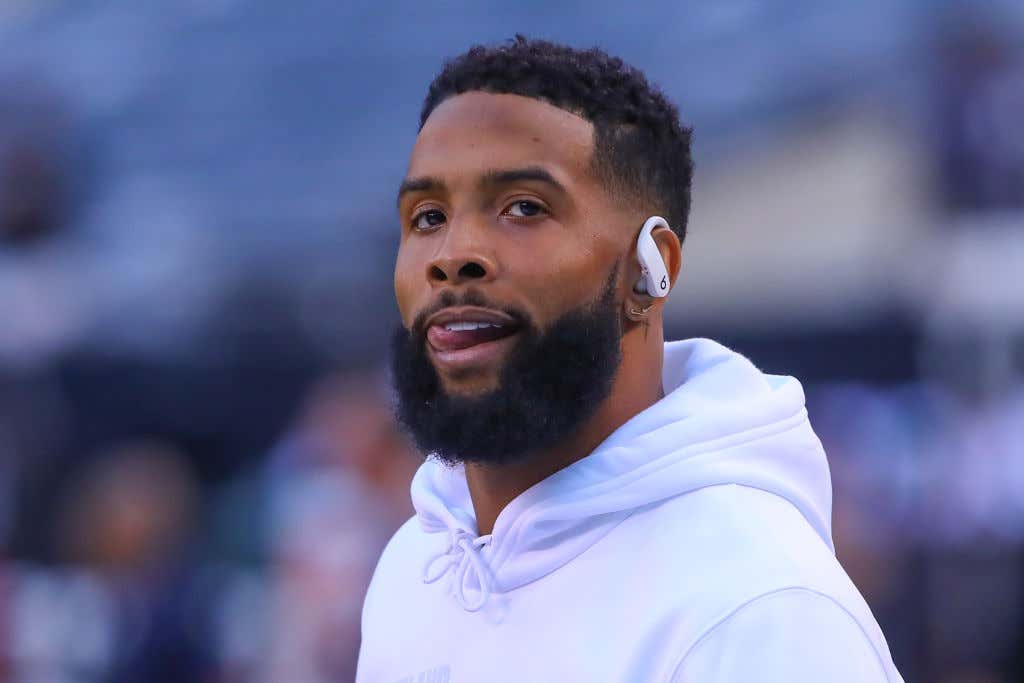 It's been what, 10 days since the ladies on Thots Next Door Podcast discussed the claim by Slim Danger that Odell Beckham Jr. is a man who enjoys the occasional use of female fecal matter in his lovemaking?

And so far OBJ has remained silent on the matter, preferring to let his seven receptions for 97 yards through Cleveland's first two games do the talking for him.

That is until he joined Uninterrupted. And after keeping the discussion to light topics for a while - you know, to sort of break the ice and put his guest at ease as one should before bringing up the subject of whether he's into Plop Jobs - host Maverick Carter finally asked the question we've all been asking. But only after Beckham brought it up first.

MC: "Shit comes out in the media all the time…”

MC: "… It got to the point where, what am I going to say? It’s not going to matter. If I don’t say something, it means it’s true because I didn’t defend myself. If I defend myself, then I’m probably trying to hide the truth. What does it really matter?

“I’m going to be honest, out of every rumor/situation, all the bullshit I’ve dealt with in my career, this was the funniest shit.

"My sent it to me and I woke up, it was 7:00 in the morning, and I watched it and I called him back in tears crying. Like I have never, ever in my life heard this one. I couldn’t even believe it!

"I was on the field and they were like, ‘Don’t tell me it’s true man, don’t tell me you like to get shitted on!’

"I’m like, ‘I’ve never heard this in my life.' Out of all the rumors, I never could have imagined this is real.”

So there you have it. I guess. It's the ultimate He Said/She Said scenario. It's not like there's middle ground. Or shades of truth. Or a "Rashomon" situation where both sides are telling the same story but they sound contradictory because of they're coming from two different perspectives. There can be no mistake here. Either Slim Danger is lying about Beckham enjoying what in Hollywood circles used to be known as "The Danny Thomas," or OBJ is lying to … well, to hide the fact the Browns aren't just his employer, it's his favorite bedroom maneuver.

Which is telling the truth and which is lying is totally an "eye of the beholder" thing. It's between themselves and their god and nobody really ever knows what goes on behind closed doors between consenting adults.

For example, I remember reading an in depth article about a police investigation into no less a legend than Chuck Berry that said he'd been sued by several employees for videotaping them in the office bathroom. And it claimed they found tapes where he had not only edited all their bathroom activities to just the close ups of the bowl from the time they stood up and flushed, but also several videos of him having prostitutes drop sewer trouts onto his chest. For real. I even remember the name of the article: "No Particular Place to Go."

So some guys are into certain activities that don't have, let's call it, a broad appeal. But for my money, I'm standing with my co-worker Deion Sanders in believing OBJ is telling the truth and Slim Danger is lying.

I'm just glad Beckham can laugh about it. Because he's right. True or not it is funny.