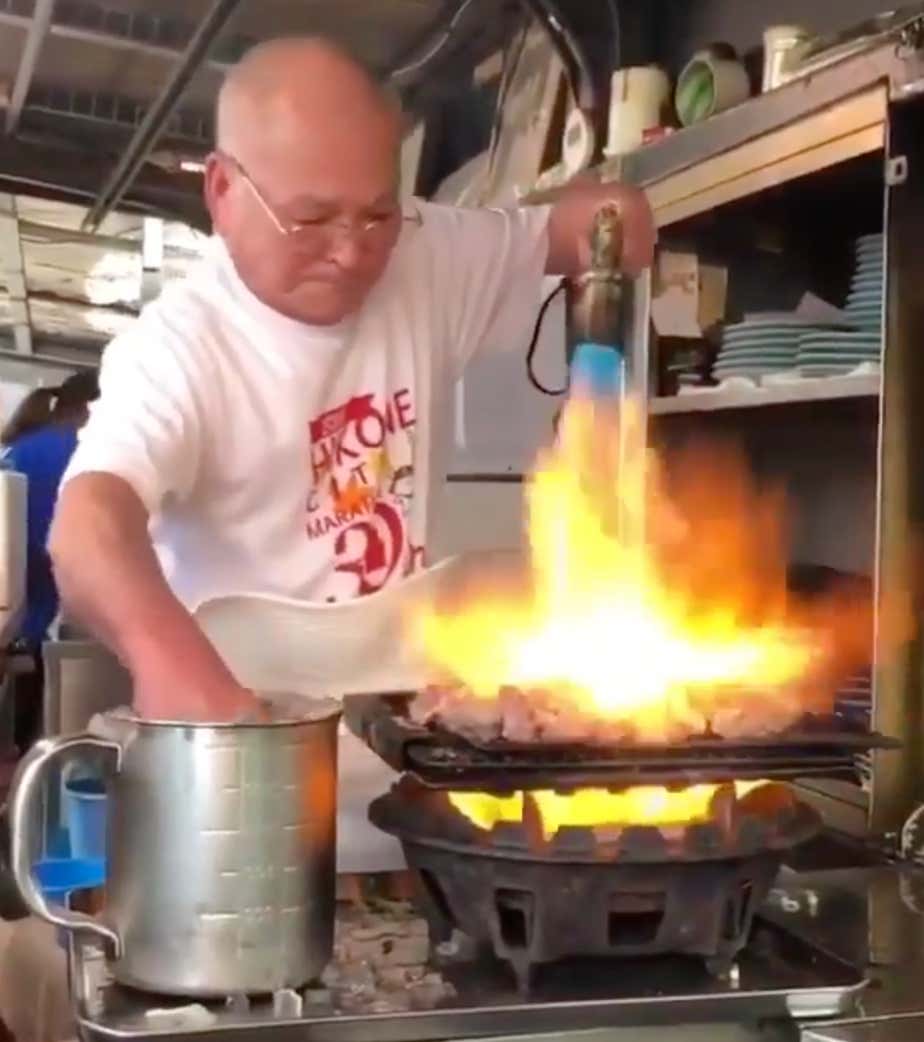 Human history can all be traced back to fire. Without it, we would never be able to develop and evolve into the species that we are today. It is ingrained in our DNA, yet somewhere along the way it seems that we have lost sight of that. Humans have traded in cooking with live fire for microwaves just for the sake of convenience. They'd rather push a couple of buttons and let a machine do the work for them.

So there are some chefs out there who go out of their way to cook everything over a live fire just so they can preserve that part of human history for as long as possible before everybody has an app on their phone that cooks food for them. And then there are other folks out there who cook with live fire just because they're pyromaniacs and fucking love fire.

I think this fella over here belongs to the latter.

Look at him go! Sick bastard loves it. And I love how he ends up just torching the shit out of his hand for half the cook. No gloves, no nothing. This dude could probably stick his hands in an active volcano and he'd be good to go. What a beast.

Looks like the weather is going to be beautiful this weekend in the Mid-Atlantic/Northeast, folks. Low to mid 60s, nice crisp fall air. Perfect weather to break out the grill and play with a little bit of fire. Just do yourself a favor and leave the blow torch to the professionals. No need to ruin a great weekend by burning all the skin off your body.