Last week was really annoying… but I didn't leave the day in disarray.

The Browns were never going to beat the Ravens. On top of them already being the better team, the Ravens' lack of an offseason is nowhere as impactful as the Browns' lack of one. New coach, new system, new players, the list goes on, the Browns weren't ready, and I never expected them to win.

With that said… they were complete dogshit in Baltimore.

Minus the ground attack (which still was plagued by a rare Nick Chubb fumble) and the offensive line, the entire team looked horrendous against the Ravens.

Will this Browns team figure it out? Do the issues go much beyond Baker Mayfield? Is Odell Beckham Jr. the problem? Is the defense worse than expected, even without injuries?

All valid questions and I've finally come to the decision of drawing a line in the sand with them. If they don't win this week against Cincinnati and Washington next week, I am officially giving up on this Browns team (just this version, not the franchise). It pains me, but maybe Baker isn't the guy, maybe Odell will never mesh with this team. Could be the case. I hope it isn't.

I'll give them two more weeks, but if they keep failing, it's time to finally be done with any hope they can figure it out.

This was one of those games, despite the lazy late-game comeback allowed, where you just had the feeling the Browns were about to be great.

Are you fucking kidding me? I couldn't even include tight end David Njoku who will be on the I.R. for a few weeks. This is the look of an injury report for Week 17, not Week 2! From rookies Jedrick Wills and Jacob Phillips to half of the offensive line, everyone left Baltimore injured.

The Conklin thing is by far the most concerning news.

The Browns not covering last week was no surprise, but their line being -6.0 seems a bit high for this week. I do think the Browns cruise tonight, but I also think if it's not a blowout, that means the Bengals won. Knowing the Browns team can be a disaster, the Bengals may be the non-biased play here. Browns doubters are probably (and rightfully so) salivating at the line, is all I am saying. Meanwhile, I do think they're going to score a lot tonight, regardless of the outcome. Last week should have gone over, but I jinxed it and got blamed for it, so I'll take the heat there.
PICKS: Browns -6.0, OVER 43.5
SEASON RECORD: 1-1 (ATS: 1-0, O/U: 0-1)

"The offense still has a shit load of weapons, and even more than the season opener last year…"

Look at that comment I made last week. YIKES. Didn't age well. 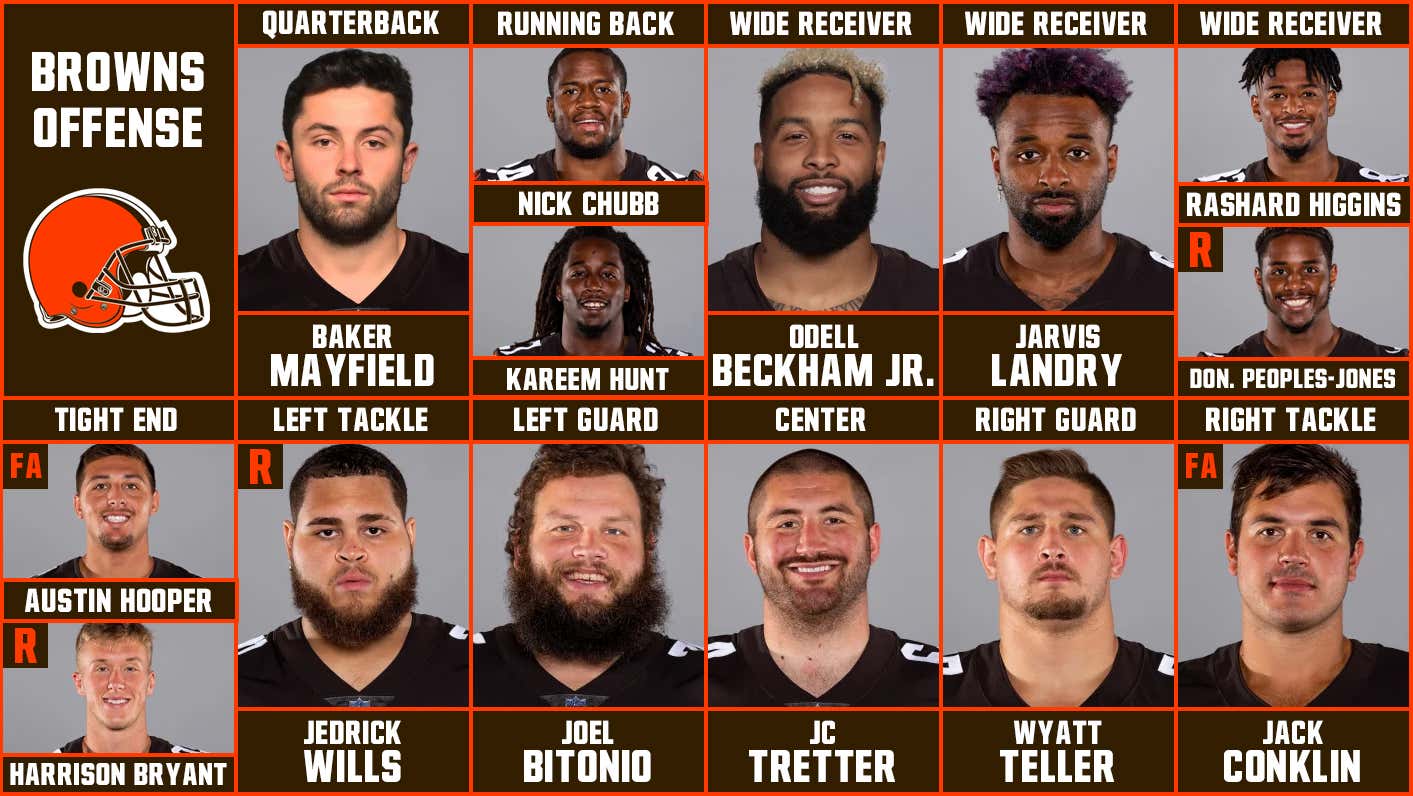 UPDATE: Jack Conklin is not starting

There were a few positives last week. The offensive line gave Baker plenty of time and looked far better than last year. You could see it benefit the ground game as well, as Nick Chubb and Kareem Hunt combined for 132 yards on 23 carries. It's a shame they had to abandon the ground attack so early due to being in a massive hole with the score.

That's where all the positives stop.

Nothing else was good, especially Baker Mayfield.

People want to blame Odell Beckham Jr., but it was pretty clearly a quarterback problem…

Good things are there for Baker Mayfield. He just isn't taking advantage of them.

And we've seen him look great before. But right now he is seeing ghosts. The game is moving at a different speed for him. His reads just aren't happening properly. With the offensive line better, there aren't many excuses to make for him anymore.

The positive thing? We've seen him be great in the past, even just good! He has the tools, the accuracy, and the smarts, but right now he isn't trusting what he sees and is overthinking every play, and it shows. He isn't the guy from his rookie year, which is obviously concerning given the construct of the team.

Baker has to be better, and he can start tonight.  There were flashes last week, especially when Baker spread it around, and in the play action. The Bengals aren't that strong on the other side of the ball, and he has to carve them up and find a way to get things back on track.

HOWEVER… run the shit out of the ball and take the ball out of Baker's hands, especially when he is a bit off right now. That's your bread and butter. Make it work.

Okay, now this comment from last week was very true. 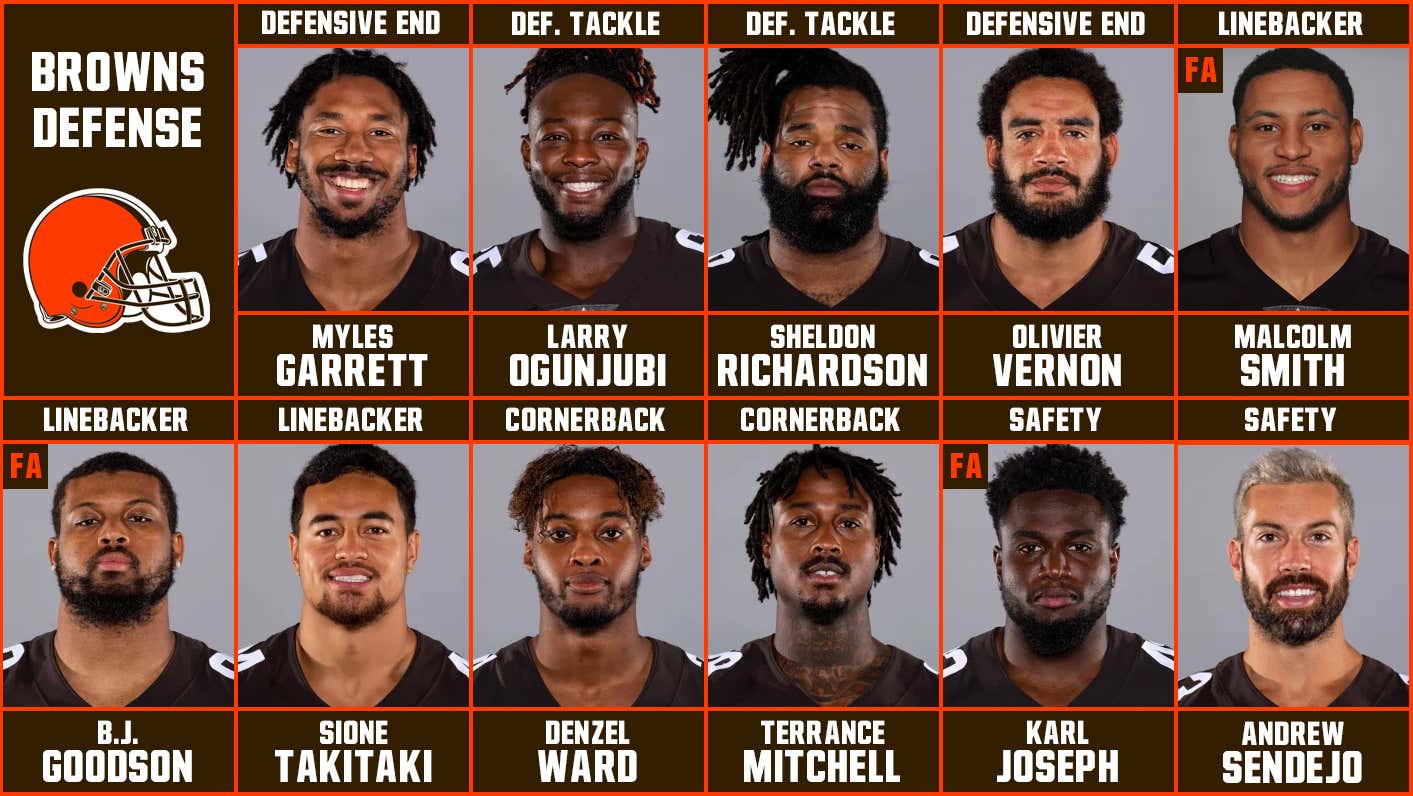 UPDATE: Olivier Vernon is out

I know they're injured, but the Browns' secondary was horrendous last week.

Lamar Jackson could have carved them up for 60+ points if the Ravens wanted to keep going. And it goes without saying that the thin linebacking corp left a lot to be desired last week. Which could get worse this week, as they often seem to get ripped apart by Bengals running backs.

Tonight, though, the Browns are playing one of the league's worst offensive lines, and they have the advantage that the defensive line is one of the best position groups on the team.

It starts with the defense tonight. If the front four can terrorize Joe Burrow (hard to do even with that offensive line), they put the offense in a way better position than last week. This unit definitely deserves some blame for the Week 1 debacle.

There are other important keys, but their connection tonight is massive. They aren't on the same page and that has to change, or the experiment is dead.

Also, keep an eye on the kicking game. Austin Seibert is gone (plays for the Bengals now, actually) and Cody Parkey is back for round two with the Browns…

I am sure the second stint will go better.

Two weeks to figure it out. Two damn weeks. I think the first step is taken tonight, but it would be a small ass step. This is a game they should win.
PREDICTION: Browns defeat Bengals, 31-14