An Oregon woman was cruising through her property when she noticed a stranger walking around with matches in his hands. Now ordinarily, most people wouldn't be too thrilled to see some creeper trespassing on their land, period, but considering wildfires are pillaging their way throughout the West Coast, what you really don't want to see is some dude creeping around with matches.

But because most people aren't natural born badasses, the typical response would be to call the the cops and let them handle it. Maybe even give the window a quick roll down to let the guy know he's trespassing before driving off. After all, this guy could be armed and dangerous. Or, even worse, he could be a lunatic who peacefully departs when confronted, only to return later to retaliate by lighting your land on fire. You don't fuck with crazy.

Unless of course you're Kat Cast (great name) and you're the one who shouldn't be fucked with.

"GET ON THE FLOOR! Get on the floor right now! Face down."

"What are you doing on my property?"

"Just passing through. I didn't know it was your property."

"Did you light anything on fire?"

"What are you doing with those matches in your hands?"

"You smoke? Where are your fucking cigarettes?"

Damn. All those matches for his cigarettes and not one cigarette in sight.

Unfortunately for him, Kat Cast wasn't interested in his ironic tale.

"You need to stay right there - I have the cops coming."

But fortunately for him, it was Kat who spotted him and not her husband.

"Had my husband been here he would have been dead." 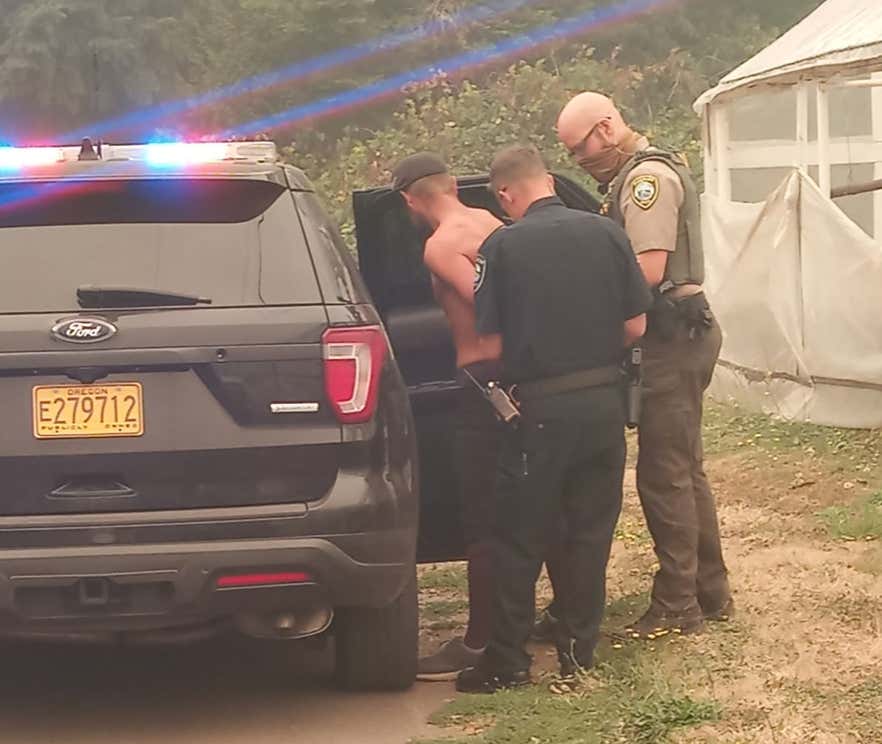 This fellow should consider himself not only lucky to be alive, but fortunate to have caught Kat Cast in a generous mood.

“If I need to do this again to protect my family and my neighbors, I will in a heartbeat do it again, except this time I will not be as nice as I was,” Cast wrote in her Facebook post.

You don't fuck with Moma Kat.