So yesterday the All-NBA teams came out. It always leads to arguing about who should be on, who shouldn't be on, who got screwed, etc. It's all so stupid but at the same time, the NBA dictates how much money you can make depending on whether or not you make All-NBA teams. So it's important from a financial standpoint. Also a main reason why we need to stop doing G/G/F/F/C for each team and just list the 15 best players that season so everyone can get paid as much as they can correctly.

This year the biggest complaint was Bradley Beal. I'll be honest, he should be on here no doubt about it. The dude was second in the league in scoring, 21st in assists and actually made the Wizards better than everyone thought. I know that last part isn't saying much since they still had a losing record but everyone and their mother thought the Wizards would be the worst team in the league. He voiced his displeasure:

But the real story is that Bradley Beal's wife loves him more than you'll love anything. Sure people might clown her for defending Bradley Beal, but not I. I want her on my side. She'll attack anyone and everyone:

She would not get off the app though: 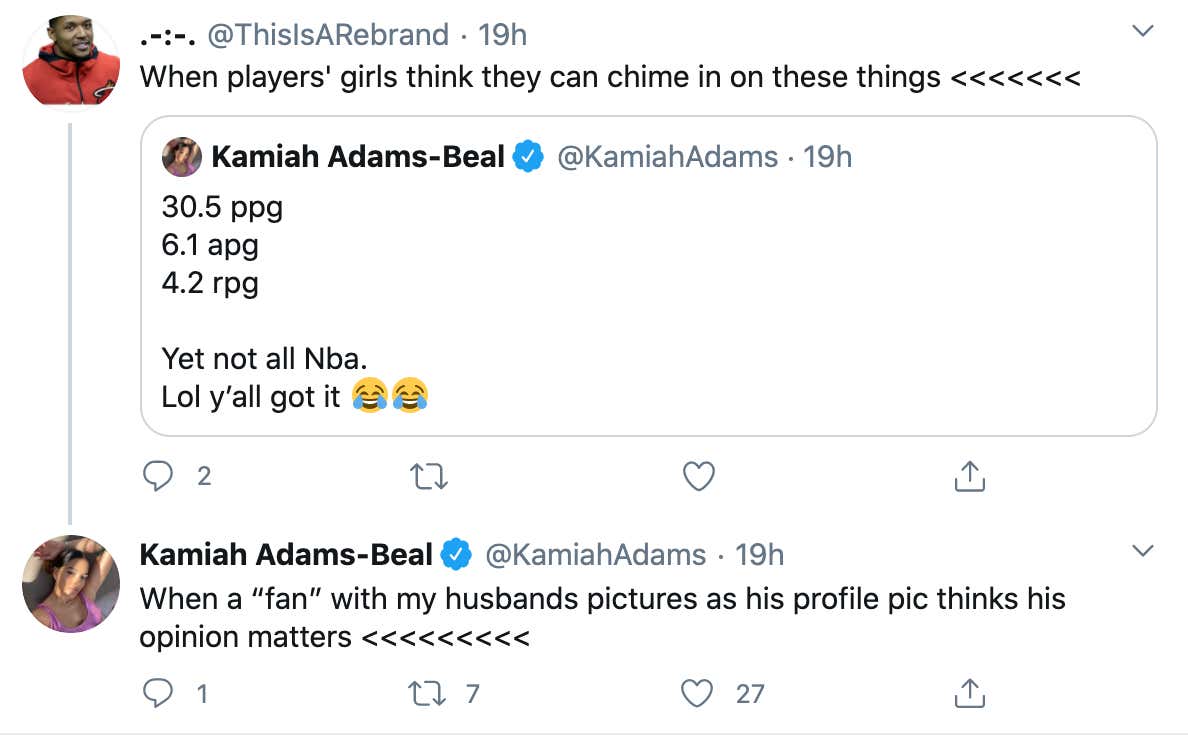 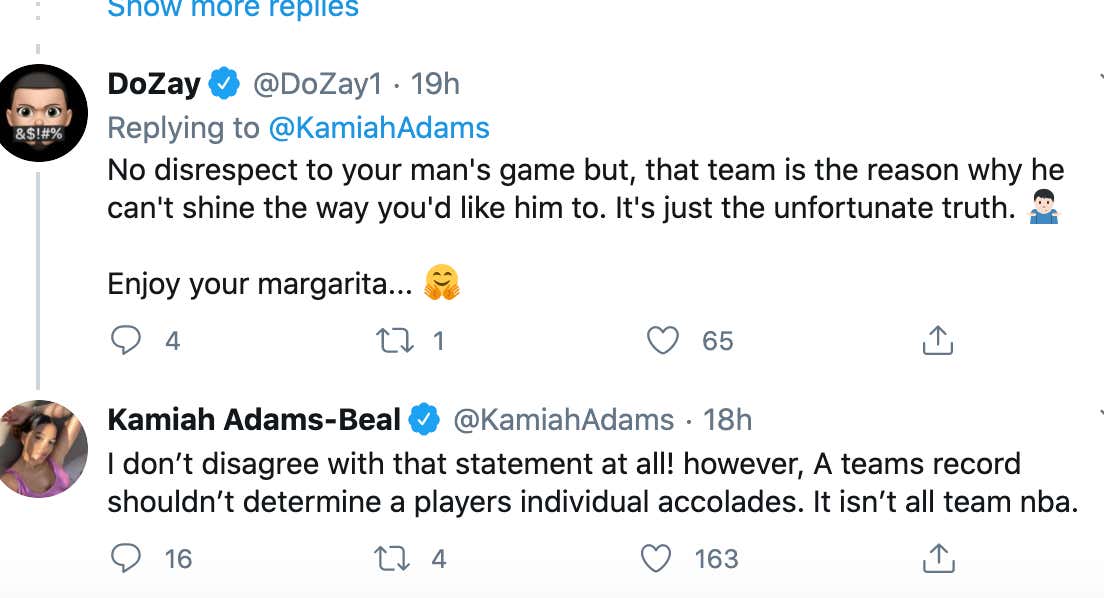 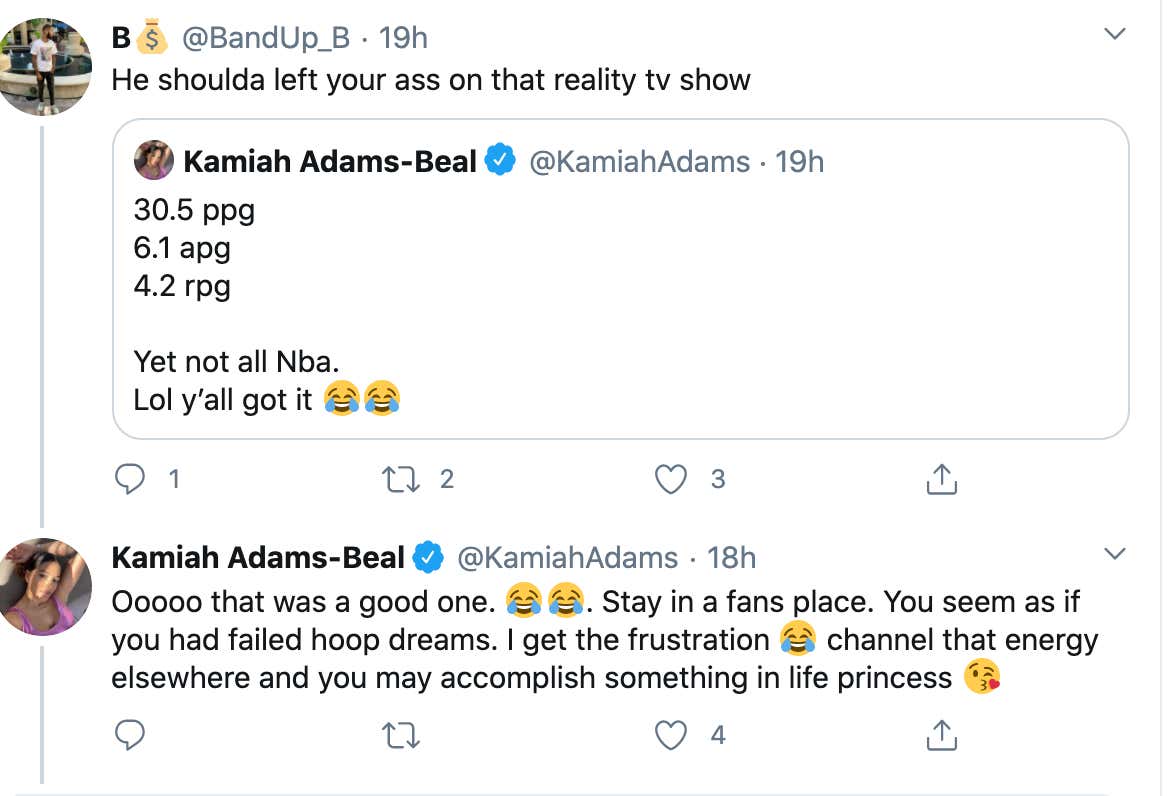 Again, when there's money involved on these teams you have a right to be pissed. Just find you someone like Bradley Beal's wife. I'm officially on Bradley Beal's side because I want Kamiah Adams-Beal on my side. That's a person you want in your foxhole.