So today in Kanye....he has tweeted a zillion pages of his contracts, because he's tired of the record industry owning the music that artists make. 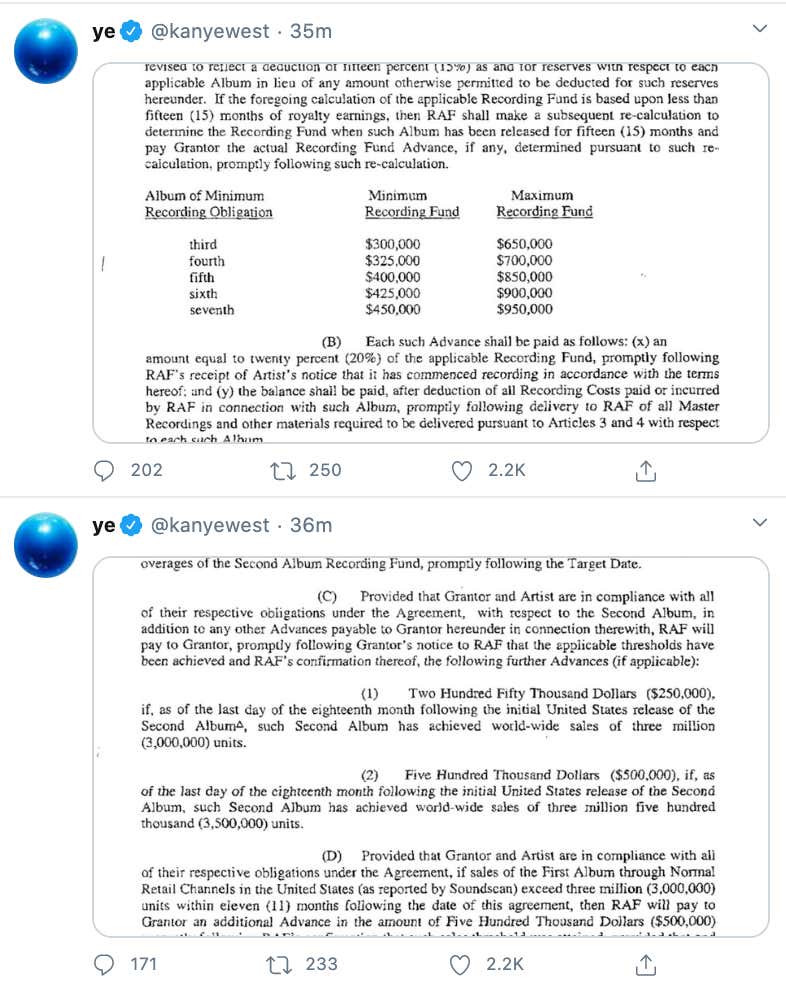 Hundreds of tweets of all his contracts, it never ends.

Because he is madddd as hell about owning his own music, which is understandable.

He just wants his children to own his masters…really badly…

…so they don't have to work, only tweet poop emojis.

And now he's pissing on a Grammy.

He's also doxxing people, which is interesting. Am I allowed to post this?

Kanye goes off the deep end a few times a year, it's sort of scary to watch him tweet nonstop for 24+ hours, knowing his mind isn't right…but at least he has a solid point here. Same battle Taylor had when Scooter Braun bought her music.

Just another day in Kanye.