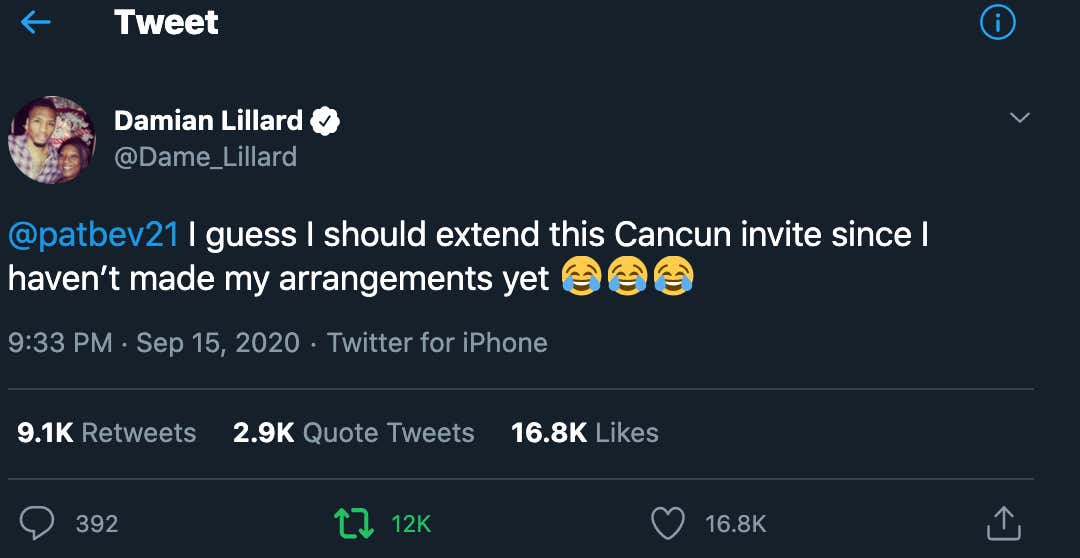 Oh hell yes. You knew Dame was just waiting until the final buzzer before he got these off. His beef with both Paul George and Patrick Beverley is nothing new.

Thankfully this is the one good part about life in 2020. Nothing better when NBA players actively talk shit on Twitter

What does Beverley even say to this? That's the best part. There is no comeback. You ran your mouth so much and couldn't even make the conference finals. You were a non factor in a series that saw your team blow a 3-1 lead. Who cares if Dame lost in the first round. His team was an 8 seed and he got hurt. What is Beverley's excuse?

This makes me love Dame even more. He doesn't take shit, isn't afraid to talk shit, and is one of the best guards in the entire league. The man is coming for everyone and it's incredible

CJ McCollum wants in too. Ruthless.