I'd like to take this opportunity to congratulate Michael Malone and the Denver Nuggets on a tremendous season where they were overcome the many obstacles of this season and bubble to take one of the best teams in the NBA to seven games before the greatest hype man pushed the Clip Show over the top. Because for the first time ever, I think we have indisputable proof of a TV network impacting the outcome of a series to get the matchup it wants for ratings since an LA basketball civil war crushes Lakers vs. Nuggets in every metric of fan interest.

At least the NBA can plead ignorance when a ref assignment or the amount of fouls called against a team is shady as fuck. But the clearly preferred team of the Worldwide Leader getting a free hype up speech from The Mouth of the Mothership before a Game 7 is the most unfair transgression to occur since Timmy Donaghy was blowing a whistle. And yes, I get that TNT has the Western Conference Finals. But fellow Mouse media property ABC has the Finals and I think they'd rather have either Kawhi or LeBron on their posters than LeBron or The Joker. All the Nuggets owner can do now is either have The Rock deliver a Game 7 hype speech of his own since he's the only person that can possibly match Stephen A's charisma or play tonight's Game 7 under protest and take it to the Supreme Court if you lose. However, since this is the Nuggets owner, that probably won't happen.

Now if I was one of the zillions of Barstool personalities looking to catch a Penn National executives eye and get a food on the menu at the Barstool Sportsbook named after them, I may even suggest to lay down MULTIPLE units on the Clippers after the most electrifying man in sports today (#ClemIsland). Neither assistant coach nor head coach nor rotation player nor reigning Finals MVP nor billionaire owner was safe from Stephen A's wrath or hype. Just hearing S.A.S drop those WHAT'S UP had me ready to shoot hoops in the driveway before tonight's game. The GOAT of Gab was calling out nicknames, commercials, contract extensions that both have and haven't been signed, dreams of becoming an NBA head coach, the time a team gave up on them, and reminding people that they are champions before a goddamn Conference semifinal game.

If you weren't ready to run through a brick wall after that speech, you either don't have a pulse or your soul has been completely burnt out from the hottest of hot takes you have unleashed over the years even if you didn't really believe them. 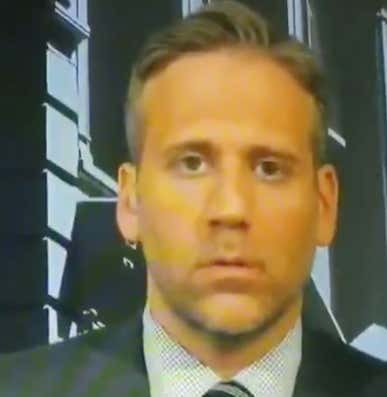 Say what you want about Stephen A but he is quite simply the best at what he does in the business he does it in.