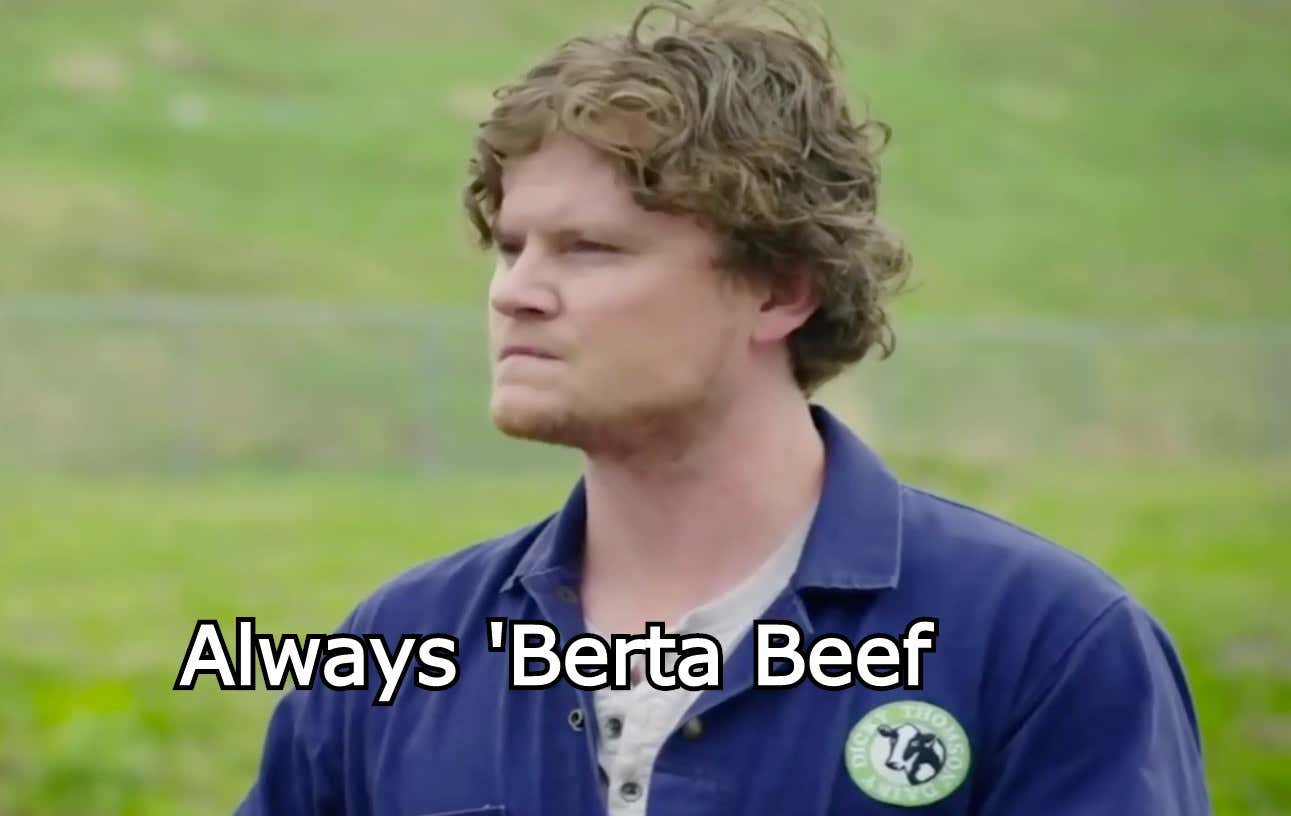 Canada - The RCMP are investigating the theft of a full load of beef valued at over $230,000 from an Alberta meat-packing plant that was in a transport truck linked to the recent theft of seven hot tubs.

The truck was subcontracted to transport the meat from the JBS beef plant near Brooks, Alta., southeast of Calgary, to the U.S. on Aug. 30, RCMP said in a press release on Monday.

…Less than a week later, on Sept. 4, seven hot tubs were stolen in Thorsby, Alta. — some 330 kilometres to the northwest, near Edmonton — in a truck registered under the same fake name, out of the the same Montreal suburb. It's not clear if it was the same truck.

Not that I'd ever condone theft or anything like that but…well if you're going to break the law and steal a bunch of shit, you might as well make it worth your while. And from the looks of it, buddy over here is setting himself up to have one helluva party.

The $230,000 worth of 'Berta beef is enough for quite the soiree. Probably have a few different cuts of steak in there. Most likely plenty of ribeye, some top sirloin, maybe even some tenderloin thrown into the mix. Heck, this beast could have gotten lucky and pulled a few tri tips off that truck. That's a shit ton of beef just waiting to be served.

But on top of all that, he figures out a way to rip off not one, not two, not three, but SEVEN hot tubs? You figure you can easily fit 5 or 6 people pretty comfortably into a hot tub depending on the shape. If it's a square, then obviously 4 is the optimal number so everybody gets a corner seat. But let's just say 5 or 6 get in there for good measure. So we're talking $230,000 worth of beef for approximately 35-42 people, and maybe there are some folks who aren't in the mood to take off their shirts so they won't be partaking in the hot tubs. Let's just conservatively say we've got a get together of 50 people here. Hot tubs, 'Berta beef and babes? Just have to get the booze flowing now and that's how you throw down a party.

Need an invite but I'm not sure if that would make me an accessory after the fact.