Newsweek - Guns N' Roses' classic hit "November Rain" was played at a Trump rally this week—and it is apparently a song the president has always wanted on his rally playlist.

The 1991 rock anthem was likely played at the packed Donald Trump campaign event in Michigan Thursday without permission from the band as is a common occurrence with music used at such rallies. The President has a track record with using songs without permission, prompting complaints from several artists over the years.

According to Sarah Huckabee Sanders' book, the song 1991 rock anthem and its famous video is a favorite of the President's who asked for it to be placed on his rally playlist back in 2018.

Former White House Press Secretary wrote in her book—"Speaking for Myself: Faith, Freedom, and the Fight of Our Lives Inside the Trump White House"—that Trump told her the video for 'November Rain' was "the greatest music video of all time" and made her watch it with him in the Oval Office to prove his point, though she "didn't disagree."

Finally, something people on both sides can agree on.

9 minutes of musical and cinematic beauty.

Axl might be a certified looney tune but God damn could he make a heater.

"November Rain" not only boasts one of the best pieces of music ever recorded, it also had a $1.7 million dollar video to boot. A tenth of the production budget came in the construction of the wedding chapel in the middle of the New Mexico desert, in front of which Slash played one of the most insanely iconic guitar solo's ever filmed. 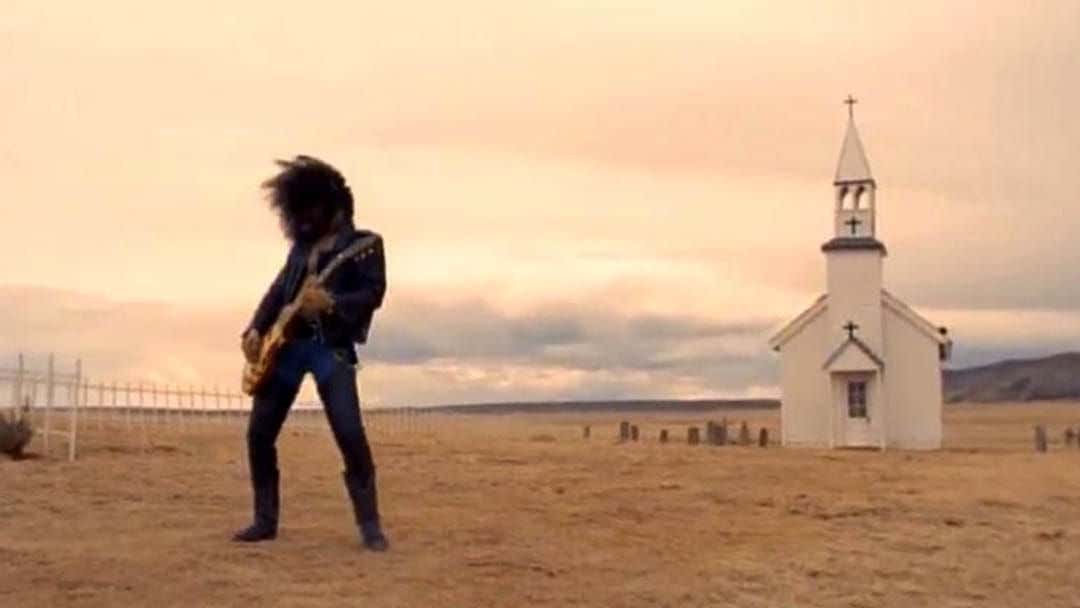 And to think, it all almost never happened.

Slash and Duff weren't on the same page as Axl in terms of the song's composition. They didn't "see his vision".

Slash and McKagan were particularly opposed to the drift to symphonic ballads, and felt their choice of more direct rock songs were being overlooked by Rose. However, Rose talked them into it over discussions at Can-Am Studios (where some of the album was recorded and mixed). Claims of such harsh musical differences were specifically disputed by Slash in his autobiography.

Thankfully, Axl got them on board and the result was the nearly 9-minute epic masterpiece we all know today.

For those unfamiliar, the song, along with "Estranged", and "Don't Cry", make up a trilogy based on the author Del James' short story "Without You". Axl was obsessed with the sci-fi/horror writer and even more obsessed with this tale. The story tells the tale of a blues musician who tries to cope with a girlfriend that committed suicide. So Axl wrote three songs about it and envisioned this elaborate video portrayal that cost millions of dollars.

For "November Rain", he cast his then-girlfriend, Stephanie Seymour, to play the love interest. Not a bad choice.

Not to spoil it, but she passes away from suicide which is symbolic of the "love" at the center of the song dying. Like "the cold November rain."

(Fun fact- MTV's Riki Rachtman, host of "Headbangers Ball," was friends with Axl and was the guy who dove through the wedding cake at the video's climax.)

(Another fun fact - back when MTV used to play music videos, they had request shows (like the radio). "November Rain" became the most requested music video of all time on MTV)

(Another fun fact- Even though the song didn't make it's debut until 1991 on Use Your Illusion 1) Axl had began working on the song way back in 1983.

Captured at the 1986 Sound City sessions, during which the band worked on material considered for Appetite For Destruction, a 10-minute ‘November Rain’ piano demo sees Axl laying down the basic framework of the song. Built on just piano and vocals, the demo is entirely recognisable as the ‘November Rain’ that the world would come to know, from the stately piano intro to the gear-shifting outro – just without the strings or Slash’s coruscating guitar solo. The backing vocals are, however, present and correct, along with Axl’s fully committed lead, which edges towards the final version – arguably the most emotive singing of his entire career.

So the revelation the president is a yuge fan shouldn't come as a surprise at all.

The fact he views the song as a "rally song"? Yah maybe a little peculiar. Especially since he was going with "Live and Let Die" there for a while, which seems a bit more appropriate.