We had the Dog Walk College snake draft last week and one of the categories was Miscellaneous. As the name suggests, basically anything that generally falls under the college umbrella qualified for selection. Other categories included: song, type of alcohol, drinking game and room decoration. It was a great time that you should enjoy after finishing this blog (no spoilers).

The reason I'm back though is that a lot of people have been reaching out via handwritten correspondence to thank & admire my bravery in the 2nd round. It's been overwhelming but amusing 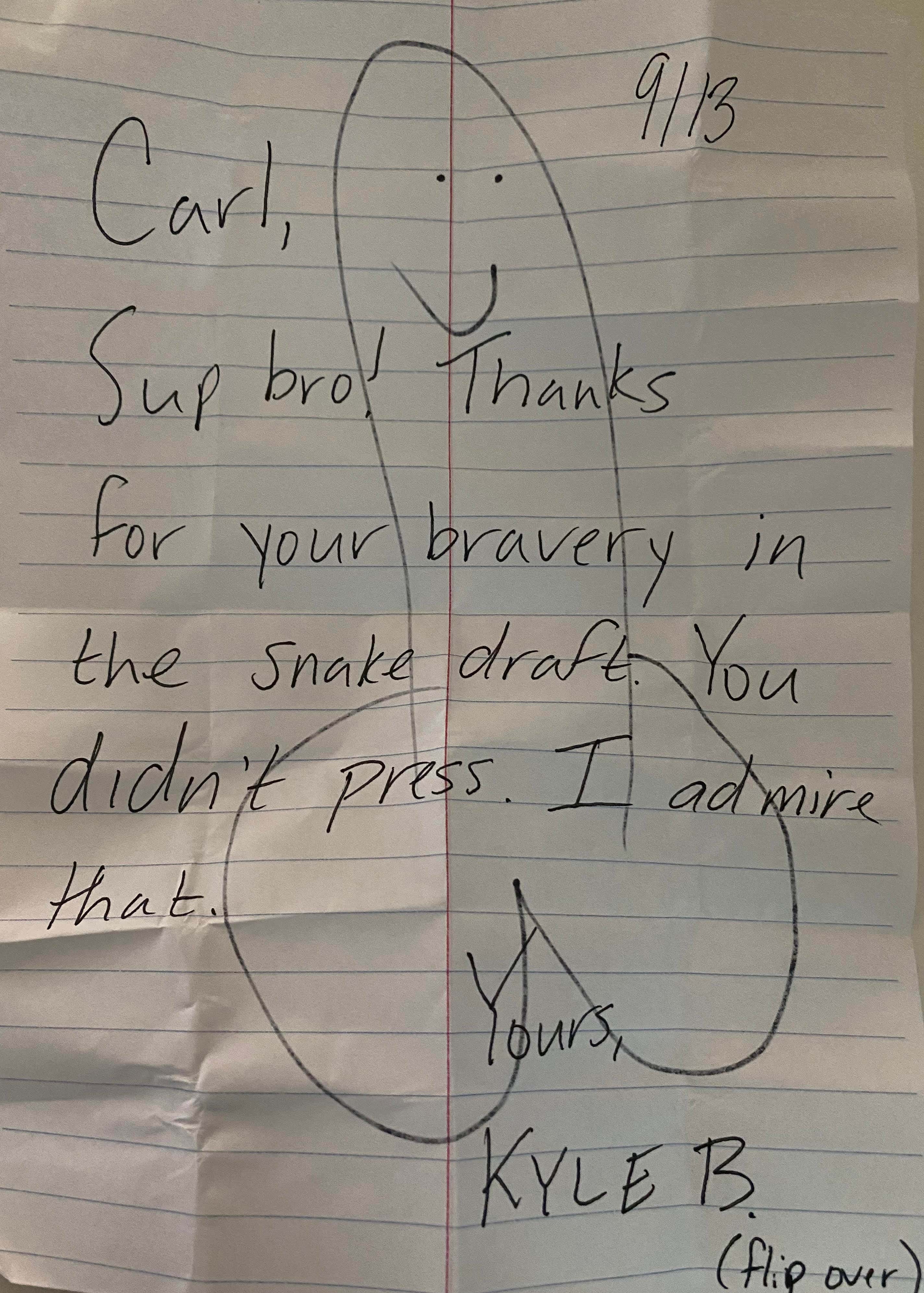 The reactions largely focused on my decision to take RateMyProffesors.com as my Miscellaneous item in the 2nd round. Shocking because 1st off, you typically reserve your broad categories for later in the draft. Take your Drinking Game or Booze early because there's a fixed amount of Blue Chippers and you don't want them snatched up before exploring the endless possibilities in Miscellaneous. That strategy's proven itself time and again in our snake drafts. You follow it because it works.

The other surprising factor behind my RMP draft pick is that I have absolutely No Idea if the site is still relevant. Other Miscellaneous selections were responsible drug usage, tailgating, Facebook and sticky floors. Naturally those 4 things aren't really going anywhere on a college campus even if Facebook is lame. You still have one. You still look at those pictures with your ex. All of those are equally relevant today as they were in my time.

And boy did we innovate.

From 2005 to 2010 we saw Google takeover their industry along with Amazon and Apple behind ridiculous power moves. Reliable WiFi was no longer a rumor or an excuse. "Creeping on The Book" became normalized AND accepted. Twitter. Wikipedia. Instagram. YouTube. The internet absolutely flourished the back-half of 2000's, ultimately shaping the digital world we know today.

But for my money, nothing at the time was more important to me than the hours spent on RateMyProfessors.com leading up to class registration. Without hesitation, RMP was my #1 trusted advisor in some of the most formative years of my life. Five years and two degrees despite being objectively unqualified in comparison to my college of business peers. 154 hours of class credit and nearly every single one of them earned under the blessings from anonymous reviews at RMP. It possessed the community dedication of an SEC-specific Rivals message board but with a singular focus on the Ease and Effectiveness of a particular college professor. You wouldn't plan a large group dinner these days without going to Yelp! first and you most certainly wouldn't register for your Advanced Composition Gen Ed back then without initially cross referencing the RMP database.

I remember taking Electrical Engineering 316 in the fall of 2007. Sounds pretty fucking heavy right? Wrong. It was a 300 level ethics class but open to the entire student body because it also cross-registered as a Humanities. I learned the university lumped it into the college of engineering because it fit better into the budget and was a targeted layup gen ed for the students. A way to keep the engineering kids on the same campus for their gen eds. Taught by a radical hippy professor that deeply loved Greek philosophy's impact on engineering theory. Again, sounds heavy but legit the easiest class of my academic life. Maybe 12 total students without a single homework or reading assignment. We met for 30 minutes twice a week and everyone got an A in a 300-level engineering class on the transcript.

Now maybe that story isn't overly unique (it's not) and that's the fucking point. I can give you a similar background like that about nearly all of my professors and classes. If you were in college around my time then you should probably be able to do the exact same. If not, you were asleep at the wheel or simply trying way too hard. For me, it's simply impossible to give RMP the rightful credit it so richly deserves.

Reflecting upon my own time, I understand the tides of innovation will always rise. That's the natural progression of life. Just about everything I moved into my dorm room in 2005 now fits on my iPhone including the course materials. There's even an app to help organize all the apps. Life's never been more accessible and convenient.

But in the wake of this progress lies the death of so many once-beloved technologies. So many classics I can hardly bring myself to admit their total loss. This is exactly one of the reasons they tell you not to look in the past. But while I'm here, while I'm reflecting, I hope and pray that RateMyProfessors.com survived the great purge of the 2010's. I sincerely wish today's current crop of asshole college kids still demand the easy route in absurd numbers. To me, that's a sign that we're still headed in the right direction. Even if the world is falling apart as I write this blog, it would be comforting to know the future is still mailing it in.

And when it comes to college mail time, I have no one to thank more than RateMyProfessors.com.

Without you I am Nothing.

Without you I am No One.