This entire thing is beyond me. I don't know what the right answer is, but I don't understand how elite academic institutions like Duke, UNC, UVA, Notre Dame, Vanderbilt, etc have decided that playing football is okay and safe and then it sounds like the more academically inclined universities in the BigTen(Northwestern and Michigan) are saying that it's not. How can it be safe for Notre Dame, but an hour or so away for Purdue and Indiana...it's not. You would think there would be one universal playbook of best practices available to get this done in a fashion that makes sense. Incredibly frustrating.

Here is the thing I've realized after one real weekend of football...having football is always better than no football. That is a fact. We had 10 guys or so in my apartment. Lawn chairs, guys stacked on top of each other, etc. It was uncomfortable but morale was at an all-time high after the game. That's the power of football. We need it. It's the best possible distraction. It's big business. It is America. 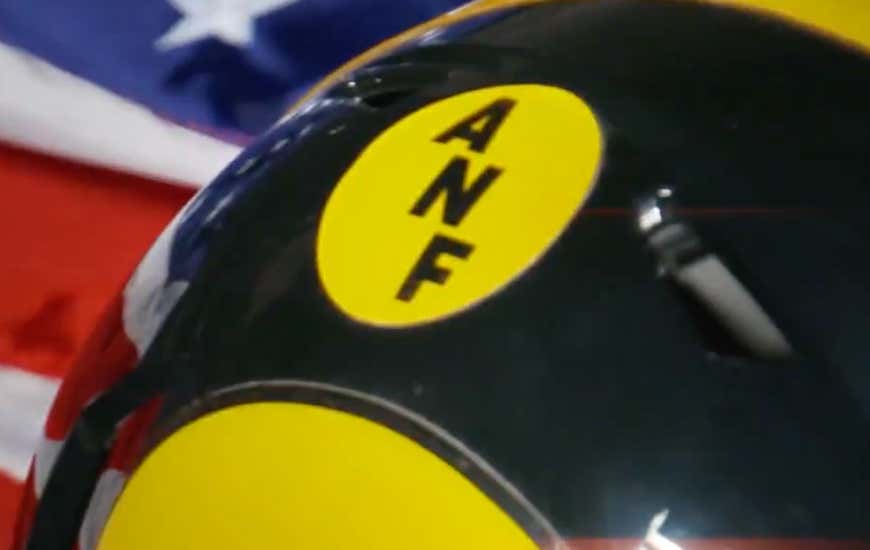 Well, America needs football too. Throw this decal on every article of clothing for every team across the country. Unify us between one common bond in a year full of crisis. Football can be that thing. Figure out a way to play as safely as possible(from a covid-19 perspective, the idea of football being unsafe had never bothered anyone until 2020) and make it happen.