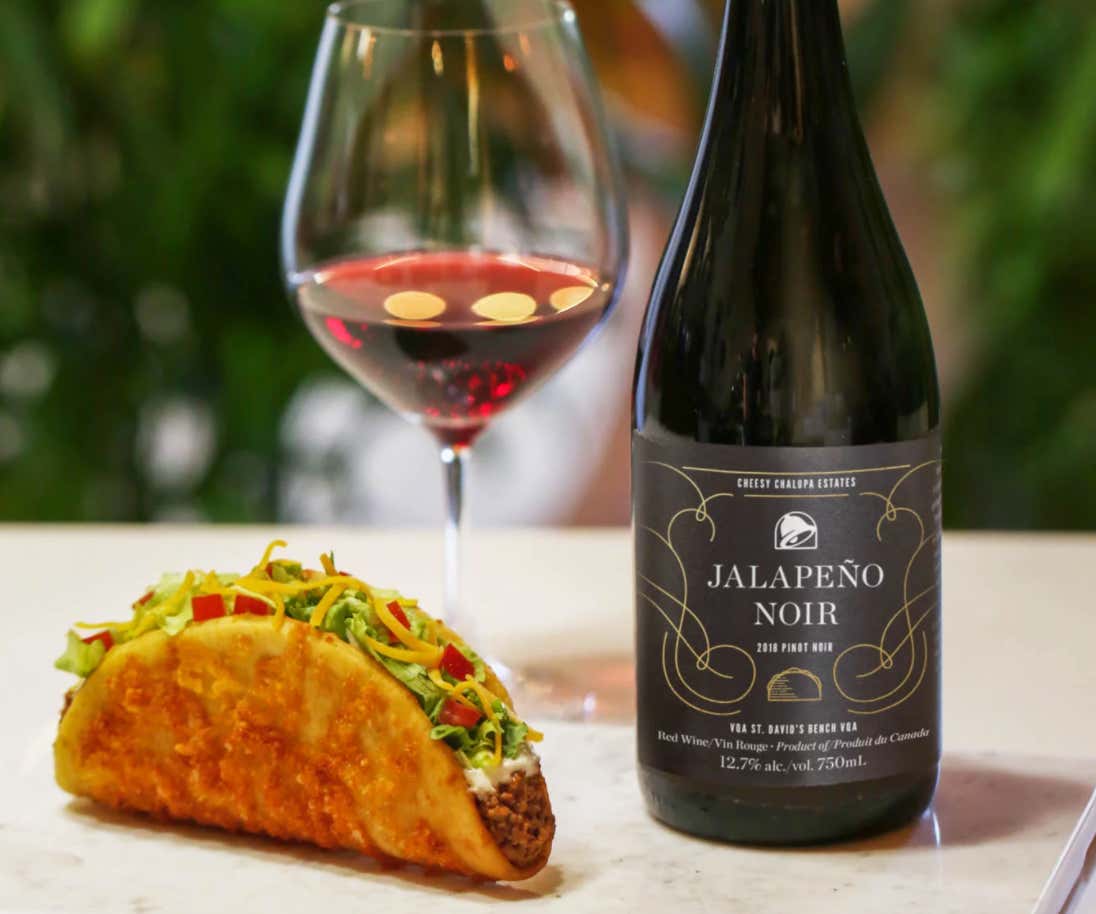 Food And Wine - Taco Bell has long been a favorite dining destination after a night of drinking. (Students in State College, Pennsylvania even held a candlelit vigil when a location closed in town.) But here’s something you may have never thought you’d see: An official Taco Bell wine.

No, this new wine isn’t served in a wrapper. In fact, to the contrary, you may want to show this limited-edition bottle off. Jalapeño Noir, as the new vino is called, is a Pinot Noir produced by Queenston Mile Vineyard in the increasingly popular wine producing region of Niagara Peninsula in Ontario, Canada. The winery’s Pinots usually retail for about $30 in U.S. dollars—and though Taco Bell’s offering will be cheaper, closer to $20, the chain definitely isn’t aiming for value. Silly name aside, Jalapeño Noir is a legitimate release.

Sadly, as you may have now surmised, the new wine is (for now at least) only being released in our neighbor to the north, tied to Taco Bell Canada’s introduction of the new Toasted Cheesy Chalupa.

White girls are going to lose their fucking minds if they can't get their hands on Taco Bell wine. The fact this is only being released in Canada is the best marketing campaign since Frederick The Great of Prussia got his people to eat potatoes so they didn't starve. Once all the pictures of Taco Bell wine start making the rounds on Instagram, the demand is going to be through the roof. It's going to be the Popeye's chicken sandwich all over again. There will be riots in the streets, demanding the Taco Bell wine come to the USA. But they'll be smart, and only send out a select few bottles to a select few influencers. Fyre Fest marketing 101. It won't matter if the wine tastes like burnt glue, people will want it because they can't have it. It's incredible how accurately I'm describing viral marketing right now, how it doesn't matter if the product is good or not, just that you have it for the optics.

And the verdict on the wine?