EXCLUSIVE: After a star-making turn in HBO’s hit series Lovecraft Country, Jonathan Majors is now ready to make his mark in the Marvel Cinematic Universe in a big way. Majors has been tapped for one of the lead roles in the next Ant-Man movie opposite Paul Rudd and Evangeline Lily. The studio had no comment, but sources close to the project say he is likely to play the super-villain Kang the Conqueror.

Sources add that like with so many new characters in the MCU, there could be a twist with how the character is featured in future films, but as of now he is likely to be one of the main villains in the next installment in the franchise.

Although its possible he could be used differently in the movie, in the comics, Kang is a time-traveling entity who had battles with everyone from Thor to Spider-Man to the entire Avengers team.

Majors is on a fucking tear right now, having already been cast in the revenge western "The Harder They Fall" and currently starring in the very well received 'Lovecraft Country'. As a comic book movie fan and admittedly not a huge reader of actual comic books, I don't know a ton about Kang the Conqueror. Here is a quick bio of his powers from Wikipedia: 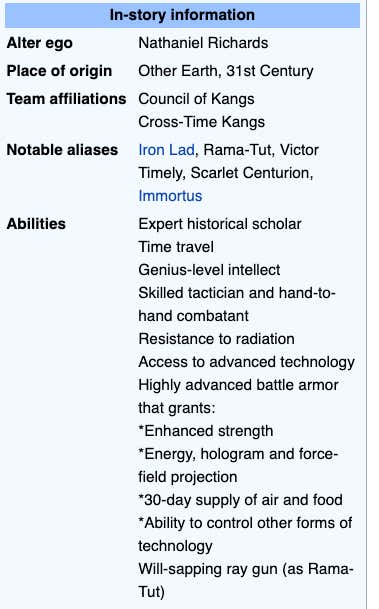 Just looking at this list, I have no clue how Ant-Man and the Wasp are supposed to compete with this guy. Although, now that they have the original Wasp, Janet van Dyne, and her quantum powers. I'm also assuming that Ghost is going to come back to play some sort of role in the next movie as well. Phase 4 of Marvel is going to be interesting considering the big bad uber-villain is gone. I think they're aware that it's pretty hard to up the stakes, but they can definitely change them.

This is a great move by Marvel, and I'm excited to see Majors in a role that I've never seen him in before.