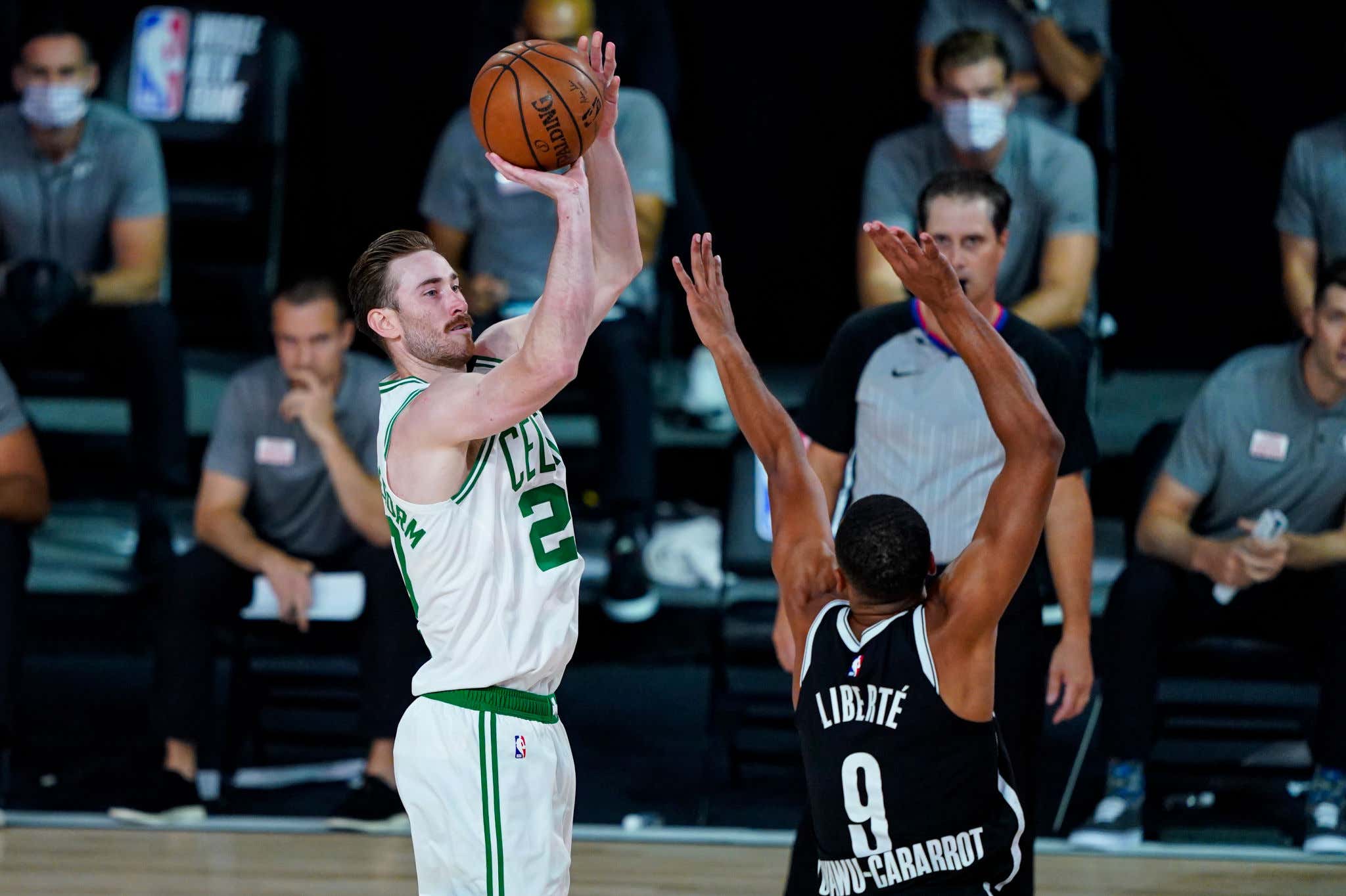 If it feels like we debate this topic every season, it's sort of because we do.

Are the Celtics better without Gordon Hayward? When he comes back should he come off the bench?

You often hear the same concerns when it comes to a Hayward return. That the chemistry will be thrown off, that Marcus Smart is a better fit offensively, Hayward is going to take away shots from the two Jays, the list goes on and on.

I look at it this way. It was very clear during the Raptors series how much this team missed Hayward not just both from an offensive (shooting) and playmaking perspective, but also on the defensive end. A big part of the reason the Celts looked so good defensively in the seeding games was because Hayward was extremely active on that end. He's versatile when it comes to guarding multiple positions, and a series with Miami is more in line with the type of players Hayward can match up well against.

When I think most people talk about Hayward coming back, they are doing so with the 2018 version of Hayward in mind. I look at it a little differently, I look at the 2019-20 version. First, the comment about taking shots and minutes away from the two Jays. We heard this a lot early in the year as well. There is just no evidence to support it. In fact, there's actually more evidence that the two Jays took the leap they did because they shared the floor with Hayward. An unselfish player who has no problem thriving in his role as the 4th guy. The issue when he came back from his ankle injury was that he wasn't the same guy that warranted those minutes or shots. That is not the case this year. When he came back from his hand injury after missing a month, guess what happened? Tatum and Brown continued to flourish.

It's possible that people are maybe forgetting how important Hayward was to the Celtics style of play and why having him in the starting unit is so important. What makes the Celts hard to guard is when a defender has to make a decision as to who to guard. You surround Kemba with three knock down shooters in Jaylen/Tatum/Hayward, it creates space for everyone. Let's say the Heat decide to have the Box And 1 on Kemba again, well now they have someone like Hayward, a 6'6 point forward who will be able to handle the facilitation while also being efficient from the floor. Remember, Hayward was putting up 18/8/4 on 48% shooting before he got hurt in the playoffs. He was playing well in the bubble for a team that went 5-2 in the games he played in. Against the Heat this season he put up 22/8 on 55% shooting. If the Heat are going to bust out their zone that they love to do against the Celts, I much prefer having the more consistent shooter out there if he looks to be 100%. That's nothing against Smart who was fantastic against the Raptors and filled that role for a series. But over the larger body of work, this offense flows better when Hayward is part of the starting five. You can always stagger rotations to have Smart play more time with the starters and maybe Hayward is more with the second unit guys. Hell maybe you even want to close with Smart/Hayward instead of Kemba if he's having a rough night.

The point is, what makes the Celtics hard to guard is when they can attack from multiple positions. When they can truly be fluid offensively. At this point you have to admit that teams are still going to be fine living or dying with Smart taking threes. His defender can sag off and clog up the lane for Kemba/Jaylen/Tatum. That's why Hayward is so important. Think of the losses they had against the Raptors when they NEEDED someone to step up offensively and be efficient in a game Jaylen/Kemba struggle. That is what Hayward has been this ENTIRE season. This isn't the 2018 version that looked nowhere like they All Star player the Celts thought they signed.

There's no denying the fact that the offense is better with Hayward on (113 vs 105 Ortg), the ball moves better (57% AST% vs 53%), and the Celts play at a faster pace. There should be no concerns about chemistry because we've already seen this team adapt to a Hayward return after a month break earlier in the season. Again I can't stress enough that the main reason the players resented it in 2018 is because Hayward came back not looking like the same guy. Maybe that'll happen and Brad will adjust. But if he's 100% healthy, to me his importance is too great to have him not bad to his original role.

Remember how good this dude was playing before the injury

From the sound of things it doesn't look like he'll be ready for Game 1, but it wouldn't shock me if he played in Games 2 and 3. Maybe his first game back you bring him off the bench to see how he looks, and if it looks like the version we had all year you move him to the starting lineup from here on out.

I just want to dispel the notion that getting a player like Gordon Hayward back would be a "bad" thing, or would "mess things up". No no, if you want this team to make an NBA Finals and perhaps even a championship, they need Gordon Hayward. Just because they got through Philly and Toronto without him does not mean they are a better team or do not need him. They very much need his efficient production/defense/playmaking if they want to get to the top of the mountain.