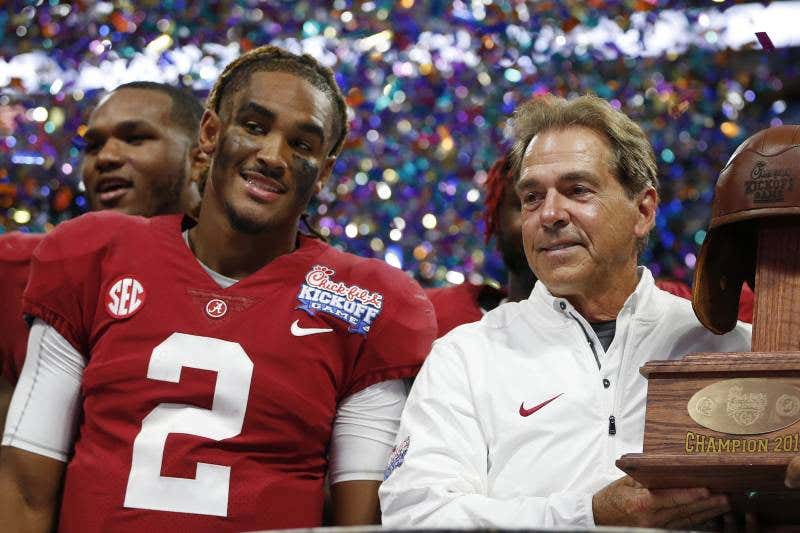 Fun Fact: The Philadelphia Eagles Men's Professional Football Team does not have a single leader within the organization. I have spent years trying to defend Carson Wentz against the haters and the losers. YEARS. Spent years of my life going to war for that god fearing man. And when the Eagles had the Washington Football Team against the ropes at halftime, what happened?

Clearly fucking nothing. They didn't do a fucking thing. Not a God. Damn. Thing.

Can Jalen Hurts get it done? I don't know. But do I feel so much more confident right now in the combination of Jalen Hurts and Nick Saban than I do in the combo of Wentz and Doug? Abso-goddamn-lutely. It can't be any worse than what we just saw today.