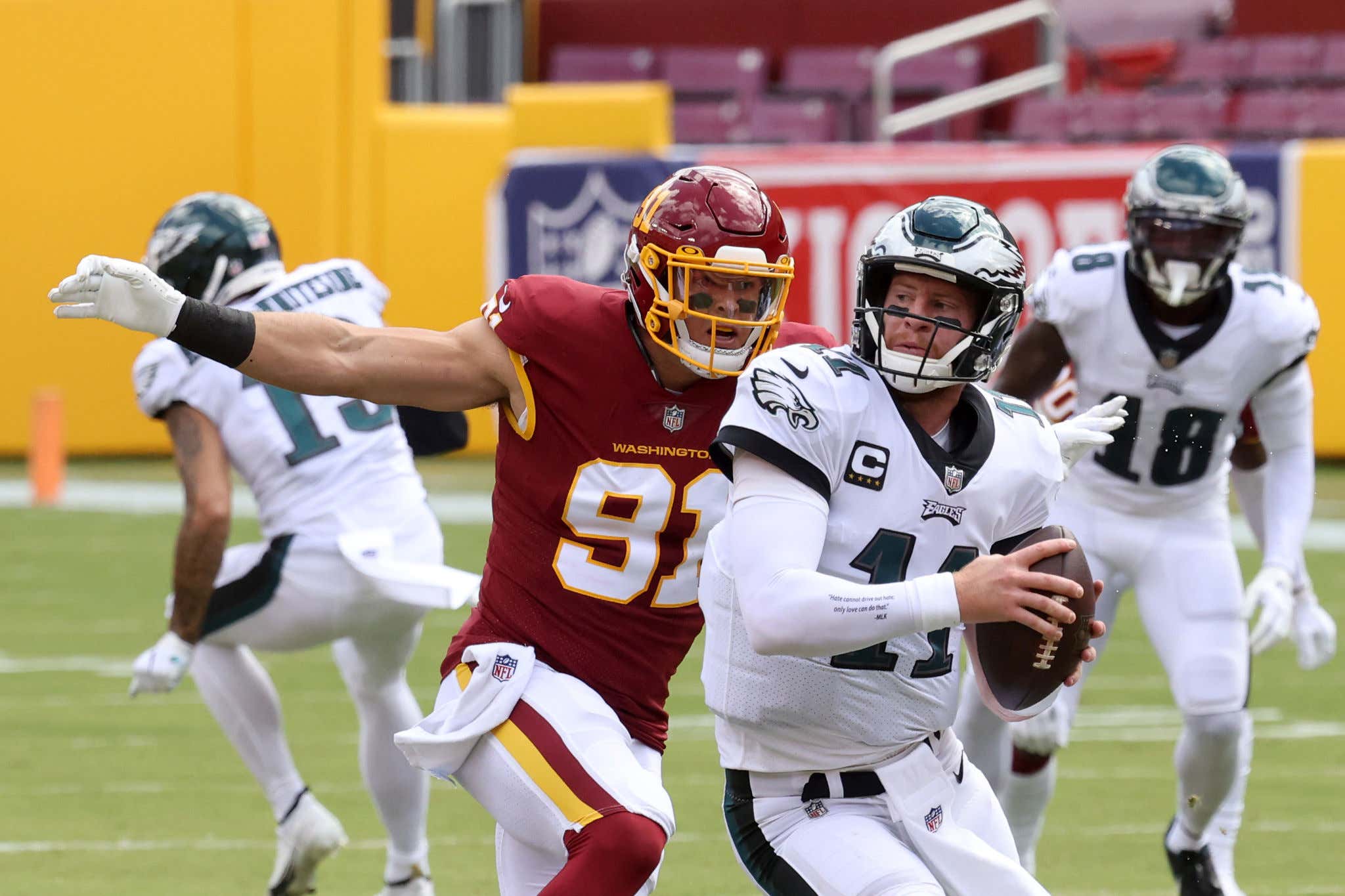 What an unbelievable game. Holy shit. Down 17-0 early. Offense was in shambles. Wentz picking the team apart. And then it all changed at halftime. HALFTIME ADJUSTMENTS, something we haven't seen in years. Under Gruden that wasn't a thing. But this is a new era in Washington.

Ok let's just get to it- the defensive line is the best defensive line I've ever seen, no hat. 8 sacks today, and pressure on Wentz that forced 2 INTs (really 3, but one was called back). They ate Wentz for breakfast, lunch, and dinner. Ryan Kerrigan and Chase Young were deadly forces out there. My god do I love Chase Young. What an absolute freak of nature out there. Only credited with 1 sack, but he was putting pressure on every drop back.

27 unanswered points. 27. Haskins wasn't great, but he didn't have to be. He was way, wayyyy better in the 2nd half than the first, making better throws and looking more poised. It sucks they didn't get him another weapon to pair with McLaurin at WR- it was much needed today.

Your Washington football team, The Washington Football Team, are 1-0.