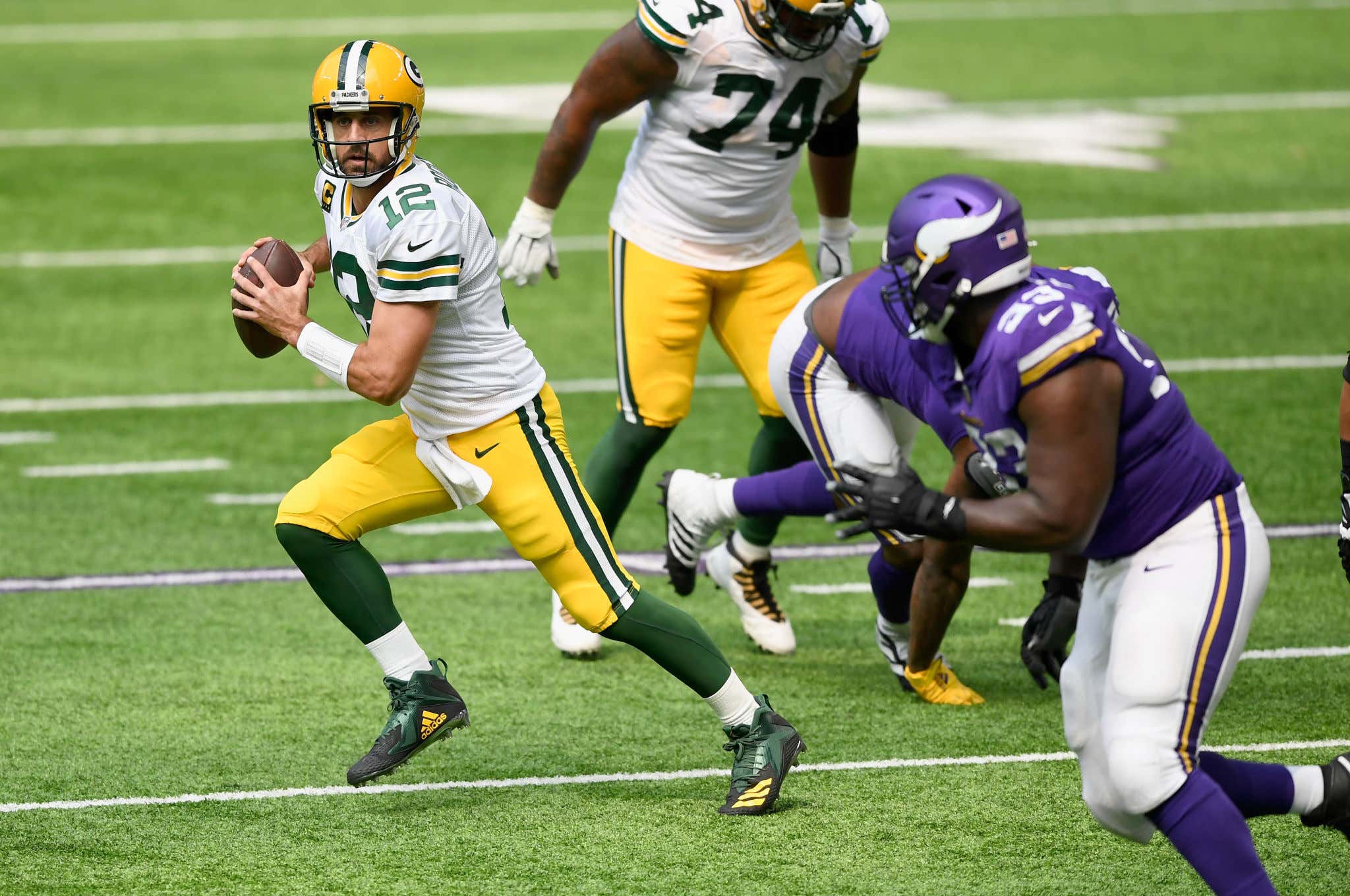 After an uncomfortable/disappointing offseason -  the draft drama, the knowledge that Aaron Rodgers' days in Green Bay are numbered and the reluctant acceptance of that truth -  this was the game you hoped Rodgers would put together. Only, he took those expectations and completely crushed them. It was almost too much to handle.

I mean what the fuck is this!

My God. Imagine that man being the face of your franchise and not wanting him to continue to be the face of your franchise. What kind of moron would do that? Most people would kill to have him as their quarterback and do whatever it takes to keep him because they know this kind of generational talent doesn't just come and go. But whatever, what's done is done and I plan on soaking in as much of #12 as I can while he's still in green and gold.

I will say, however, the Packers were right about one thing: maybe they didn't need another receiver. Davante Adams put up 156 yards and 2 TDs, Allen Lazard had 63 and a TD, and - despite having a couple of major drops - Marquez Valdes-Scantling had a couple of major catches, including that ridiculous TD pass that warranted this lovely scene from the bad man.

For years Rodgers has been talking up MVS and waiting for him to reach his potential - maybe the organization knew this would be that year? Or maybe they felt that even with the absence of receivers in 2019, the Packers were still 13-3, despite people bitching and moaning that they were lucky to get as far as they did. And that was all during Matt LaFleur's first year as head coach.

Obviously it's early, but if this game is an indication of what's to come, year two is going to roll a little differently. Not just because of the coaching staff and the comfort level, or the new chip on Rodgers' shoulders, but because silence is golden in the hands of Aaron Rodgers. And as long as stadiums are empty, he's gonna do whatever the hell he wants.

See that smile? That's the look of a man who's about to fuck this season up!