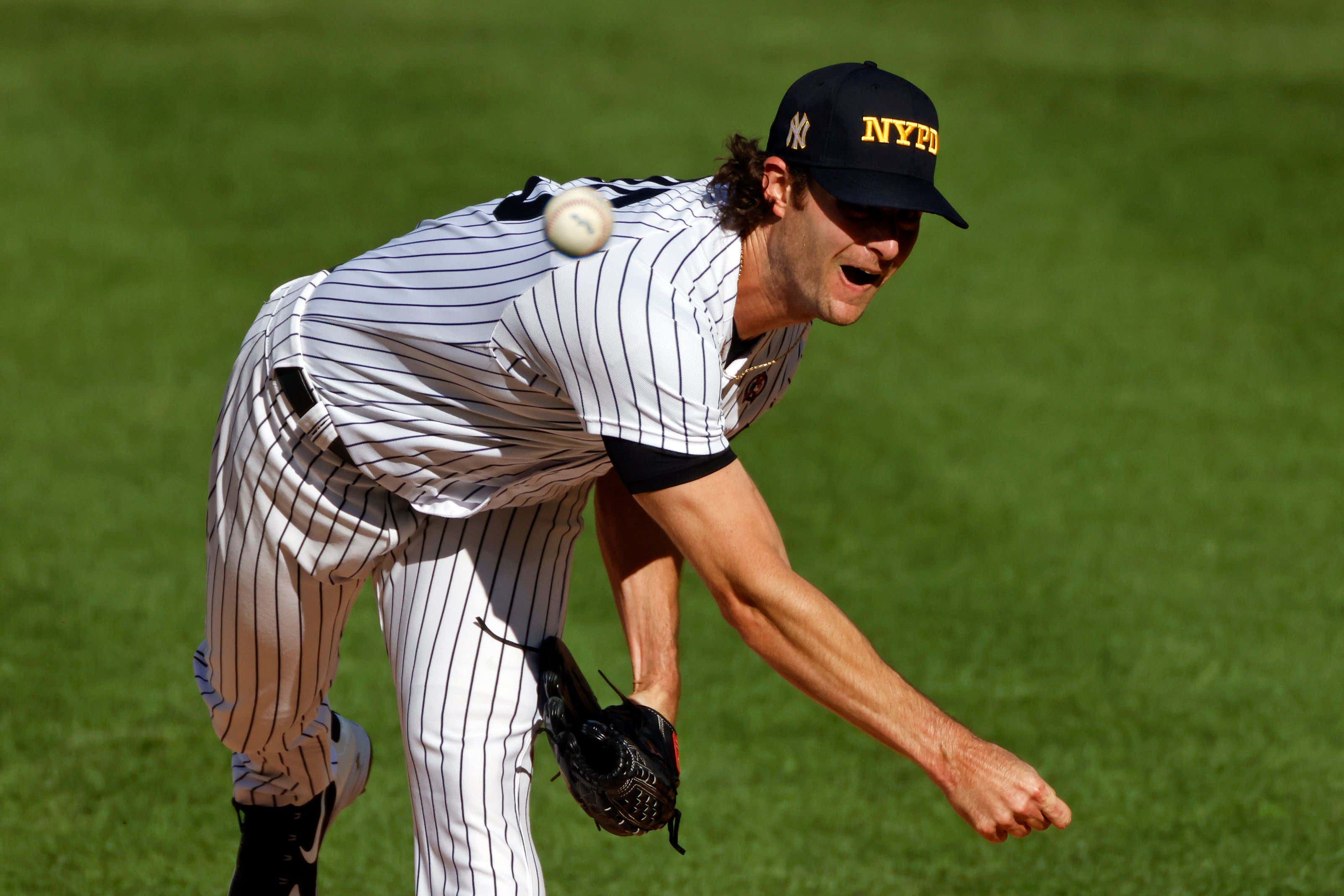 Fresh off a big win on Wednesday night, Gerrit Cole had to not only rebound from his previous three bad starts, but also build on the momentum the Yankees had coming into Friday's doubleheader. With a game and a half lead on the O's for the 8 spot in American League, the Yankees had to stop the nonsense and snap out of this rut against Baltimore. They certainly took a big step in doing so with the first game. Cyborg Cole showed up. The O's stood no chance.

Gerrit Cole pitched today with a purpose. He decided he was going to let all of his anger and frustration out on his opponent today. Unfortunately for Baltimore, they were the poor souls standing in his way. Cole twirled seven dominant innings on Friday afternoon, with the O's having zero answer for him. Practically nothing was hit hard all game which hadn't been the case all season for 45. In fact Cole didn't allow a hit until the 5th. More importantly it was his first start as a Yankee without allowing a home run. I actually was relieved he didn't throw a no-hitter. I selfishly want his first no-no to be in front of a packed Yankee Stadium crowd in a nine inning game. That shit needs to be special. Today it was just business. 7 IP 2 hits 0 runs 1 walk 9 strikeouts. He had everything going today, including both breaking balls, the knuckle curve and slider. The fastball was playing well over 97 mph the entire game too. That was Houston Astros Gerrit Cole. He finally put it all together and the results were fucking awesome. 27 swings and misses, tied for the 4th most he's ever had in a game.

Shame on any of you who actually thought he was bad. Those who thought he couldn't pitch well because he wasn't on the Astros anymore. Who thought three bad starts were enough to actually tell if he was a good or bad signing. I like to think most of you weren't that naive, but there were absolutely some of you out there who had given up on the dude somehow. Don't worry about Gerrit Cole, just buy a shirt.

A nice change up today was the Yankees scoring runs for Cole in the beginning of the game. Just three batters in, the Yankees had three runs on the board thanks to DJ's leadoff solo shot and Gardy's two run shot. In the 2nd inning the lead grew to five after Kyle Higashioka's two run shot of his own.

Cole pitching with a lead like that is actually game over. Turn the TV off and go do some chores around the house.

Big win to start the day, but you have to follow that up with a sweep in Game 2. Let's get Tanaka the same run support and rout these losers.

P.S. Loved the FDNY and NYPD hats the Yankees donned for the game in accordance with 9/11. That was the right move.

Cole always knows what to say. I love that man.