NFL wide receiver Joshua Bellamy is facing a slate of fraud charges for allegedly participating in a scheme to use coronavirus relief funds for personal use, the Justice Department said Thursday.

Bellamy -- who was cut by the New York Jets earlier this week -- was charged in the Southern District of Florida with wire fraud, bank fraud and conspiracy to commit wire fraud and bank fraud. He allegedly obtained a Paycheck Protection Program loan of $1,246,565 for his company, Drip Entertainment LLC, and used more than $104,000 of the funds on luxury goods, including purchases at Dior, Gucci and various jewelers, the department alleges.

You'd think some of that money could go towards a tighter logo but what do I know. 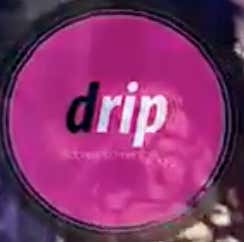 The Justice Department said in a news release that the scheme started when Bellamy's associate had obtained a fraudulent PPP loan for his talent management company using falsified documents.

"After submitting that application, (the associate) then began to work with other co-conspirators, including Bellamy, on a scheme to submit numerous fraudulent PPP loan applications for confederate loan applicants, in order to receive kickbacks for obtaining the forgivable loans for them," the release stated.

As for my own Big J Journo Investigative Report on this - it seems he wasn't cut due to the fraud but based on injury/contract:

The Jets released Bellamy (shoulder) from the reserve/PUP list Tuesday.

Bellamy's contract was set to expire this spring, and he's already set to miss the entire 2020 season with the shoulder injury, so his release was merely a formality. The 31-year-old receiver played a bit role in the Jets' passing game in 2019 with two receptions for 20 yards, but he was a valued contributor on New York's special-teams units.

And all I could find online about his 'business', Drip Entertainment LLC, was a YouTube page started in Jan 2019 that had four short, crappy-quality videos on it.

Joshua, if you're gonna go full-fraud to the tune of $1.2M you gotta try a little harder on the details. A few minutes of (delightful) butt in a GEL SHAWN KAMP MONTAGE isn't gonna cut it, and now I'm sure the Jets are glad they cut you.