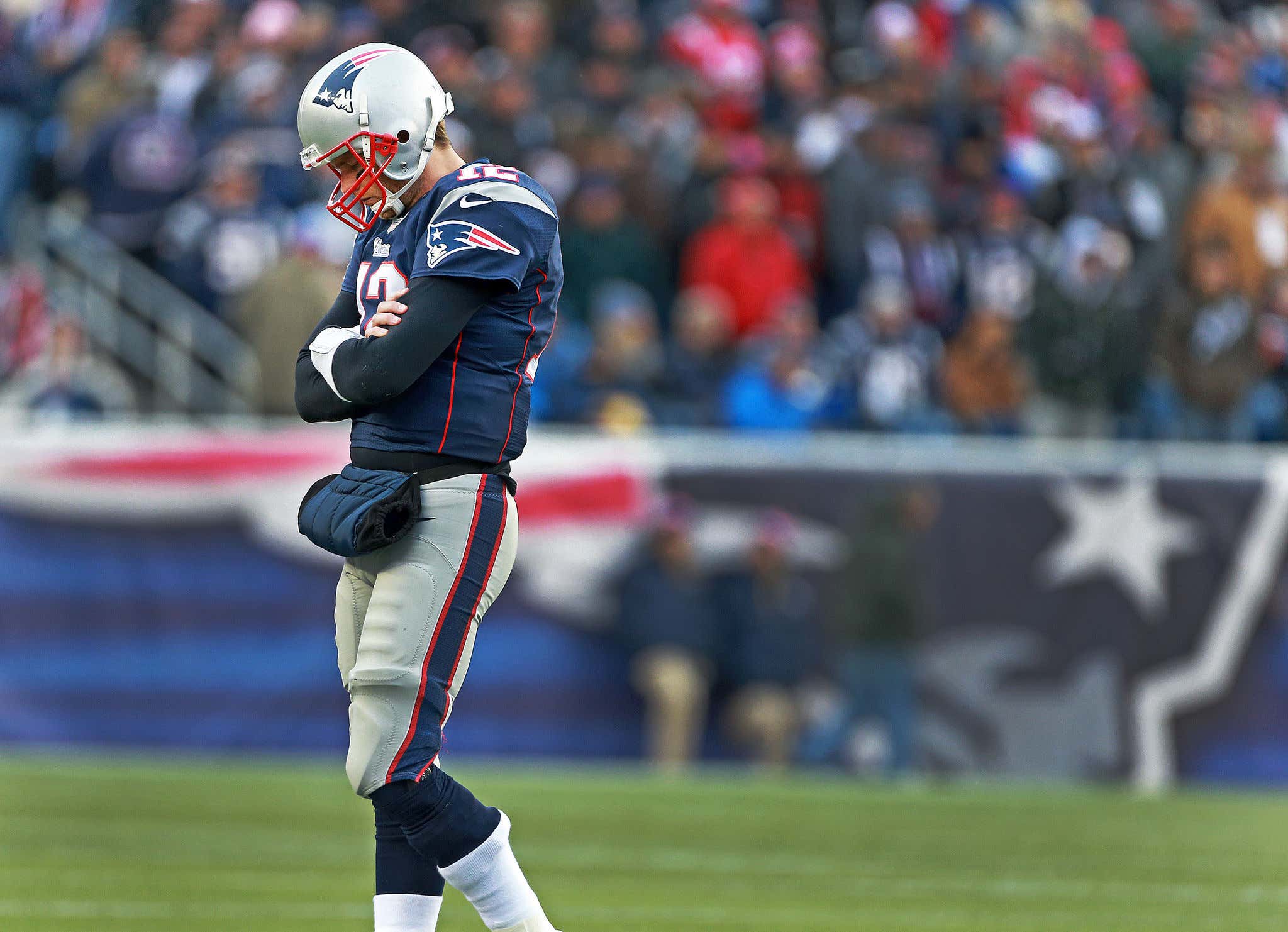 We're a week shy of the six month anniversary of the Tom Brady-Patriots celebrity breakup. And the most surprising aspect of the whole half-year is how cordial the entire thing has been.

I mean, even with the most amicable split, there ends up being some amount of dirt dug up. Carefully timed rumors. Whisper campaigns. Innuendos. Take Terry Francona leaving the Red Sox in 2011. There was no one who didn't it was time for him to go and that, after eight seasons, the collapse and the Chicken & Beer fiasco, the team needed a different voice in the clubhouse. In fact, Tito used those very words and was leaving on a high note, with zero hard feelings from all sides. Until someone in the organization sourced a report in the Boston Globe portraying him as an unstable, out of touch, philandering pill addict and it blew up in the team's collective face like one of Wile E. Coyote's bombs.

It happens in real life too. Without saying who, I personally know someone who's going through a messy, contentious divorce. And every so often in normal conversation, a thread gets pulled and I find out more about the utter raw, unhinged dysfunction that was going on behind closed doors. The stuff that doesn't show up on an Instagram post of a happy couple enjoying fruity drinks by the ocean.

But between Brady and the Pats, there has been none of that. From either side. Not even a hint. It's like both sides agreed to stay on the high road for the sake of Jerry the kids. Because they may no longer be quarterback and franchise, but they will forever share a fanbase who need to be cared for and the bond of six rings. So there has been zero shade thrown.

Boston Sports Journal (paywall) - A big storyline during this Patriots training camp: What kind of energy is Cam Newton bringing to the Patriots? …

Since when did the predominant talking point about a player — nevermind at a crucial spot like quarterback — start with anything other than what said player was going to bring between the white lines? When did we start caring about the energy a certain player brought to one of our teams? …

I will admit to you that from what I’ve heard since Tom Brady departed, the Patriots did need a vibe change in the locker room because a dour Brady, which start to crop up at the end of 2018, took its toll on the Patriots last season. It was so bad that some of his teammates have admittedly privately that it was better for all involved that Brady moved on if he was going to have the same attitude this season.

The thing is, this isn't just some idle back-stabbing or bad mouthing a guy behind his back like the Francona situation. As a matter of fact, saying that Brady was growing increasingly pissy as time went on last year is not an opinion, it's an objective fact. You can pin that "dour" attitude entirely on him or on management for not giving him enough to work with, or spread the blame around. The contract talks over the offseason got ugly. Signing Antonio Brown then dumping him a week later after Brady had reportedly let him live under his roof created more bad blood. At some point the differences became irreconcilable. Make of it what you will.

But it was apparent that his previously angelic, perfectly proportioned face had more resting bitchiness to it over the second half of the 2019 season as the incompletions, the 3 & outs and the losses began to pile up.

This was him in midseason, "celebrating" Bill Belichick's 300th career win. Now I'm not saying that he was going full Homelander here, passive-aggressively playing nice with everyone before lasering them with his dreamy blue eyes:

But this was hardly the demeanor of the quarterback of an 8-0 team with a historically productive defense. It was more like someone being forced to sing "Happy Birthday" for a supervisor you don't like with co-workers you don't care about at a company you're about to give your two weeks notice to.

A week later, the Pats suffered their first loss, to Baltimore. And Brady's disgruntledness came to the surface. To the point even Rob Gronkowski called him out for it.

In fairness, Gronk admitted he didn't miss the pressure of being a New England Patriot. Working constantly to live up to an impossibly high standard of perfection takes its toll. Brady lived up to it for 19 seasons before he finally couldn't take it any more. So he bailed to the semi-retirement of Bruce Arians' Happy Fun Team. That is old news.

But what we're learning from this new report is that Brady's general persnickety attitude affected the people around him. There's an expression Patriots coaches used in the past, as far back as Lawyer Milloy in 2002 and later with Adalius Thomas circa 2009. And that term is "negative leader." That guy who other people follow but who himself is unhappy with the job. So as he complains, others listen and it drags them down with him. In the case of Thomas, Tedy Bruschi wrote in his book about sitting in position meetings listening to him bitch about why they're doing things a certain way and not some other way and thinking words to the effect of, "What? We've won three Super Bowls doing it like this without this guy and now he's questioning how we do things?" And Tedy's retirement came that much closer. But think that guy in your office or on your job site who is permanently Mr. Crankpants and how exhausting it can be and you'll get some idea.

My take is that I have no problem believing there's some truth to this, nor do I have a problem with anyone involved. It was clearly time for Brady to move on. For him and the team. He needed a change of environment. The team needed a change of leadership. A chance for both sides to see other people before the relationship just became more toxic.

Besides, the fresh start seems to be doing them all a world of good.