They just never learn do they.

Ok ok, this quote is a bit more innocuous than many other things that have been said about Lamar and can be read a lot of different ways, but I'm choosing to cherrypick this one because it's Week 1 and I reserve the right to channel my outrage and shame at the Cleveland Browns. That's just business baby. 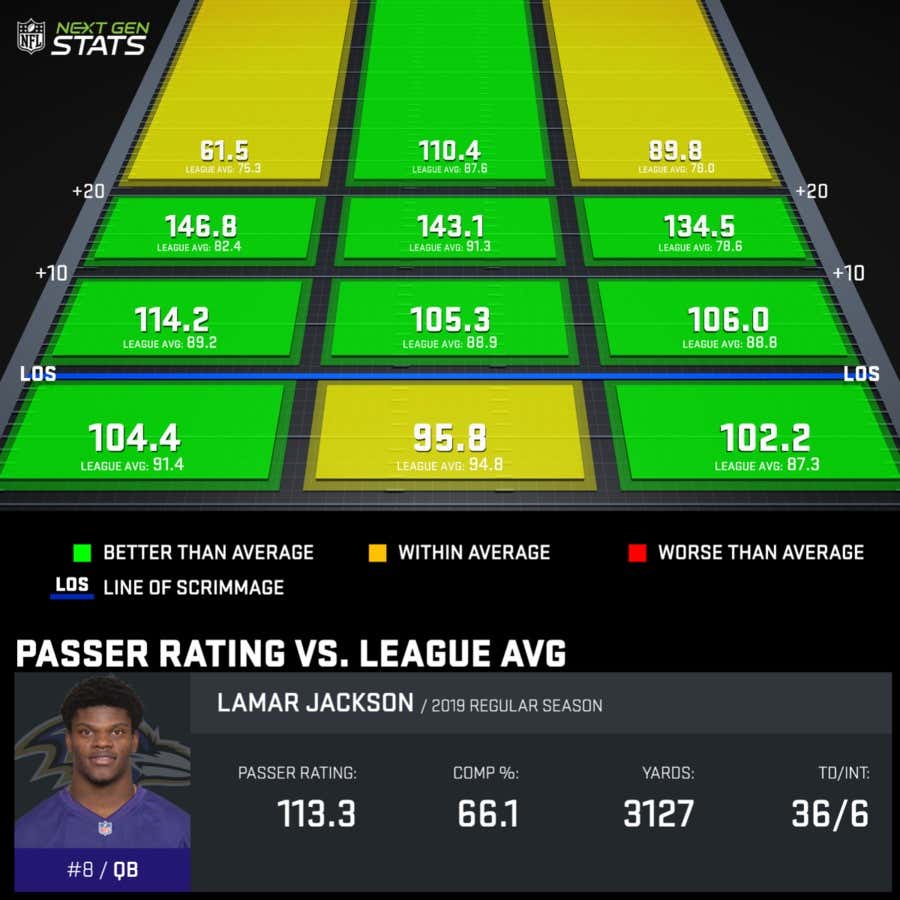 Last year everyone and their mother trashed him as a passer going into the season, so much so that in the preseason I had to stand up on my desk and plead with everyone just to give him a fucking chance to develop and give it time. I challenged him to throw better outside the numbers, and that's exactly what he did and then some. The scary thing is that his only blind spot at this point is the deep ball to the left side of the field - which is historically the last frontier for pocket passers in their development process. And need I remind you. He's still only 23 years old and has 22 starts under his belt.

The guy's biggest flaw at this point is that he is so goddamn electric with the ball in the open field that it completely wipes everyone's mind of all the great throws he makes in a given day. It's straight up Men-In-Black empty brain voodoo shit. Nobody remembers the perfect passer rating game in Cincinnati last year. They remember the spin move. Just because he had one subpar game where his teammates dropped a ridiculous SEVEN passes (for comparison's sake the Dolphins led the league averaging less than TWO drops per game) does not mean at all that the other 15 starts that year are rendered meaningless.

Regardless, time will tell once again what Lamar Jackson is capable of, both with his arm and with his feet. I pity those who haven't had the pleasure of watching his entire body of work every given Sunday. And I happily invite the Browns to think that he's not capable of spending an entire day in the pocket. Not like he used Week 1 last year to prove a point or anything…

I rest my case. Pray for the Browns.