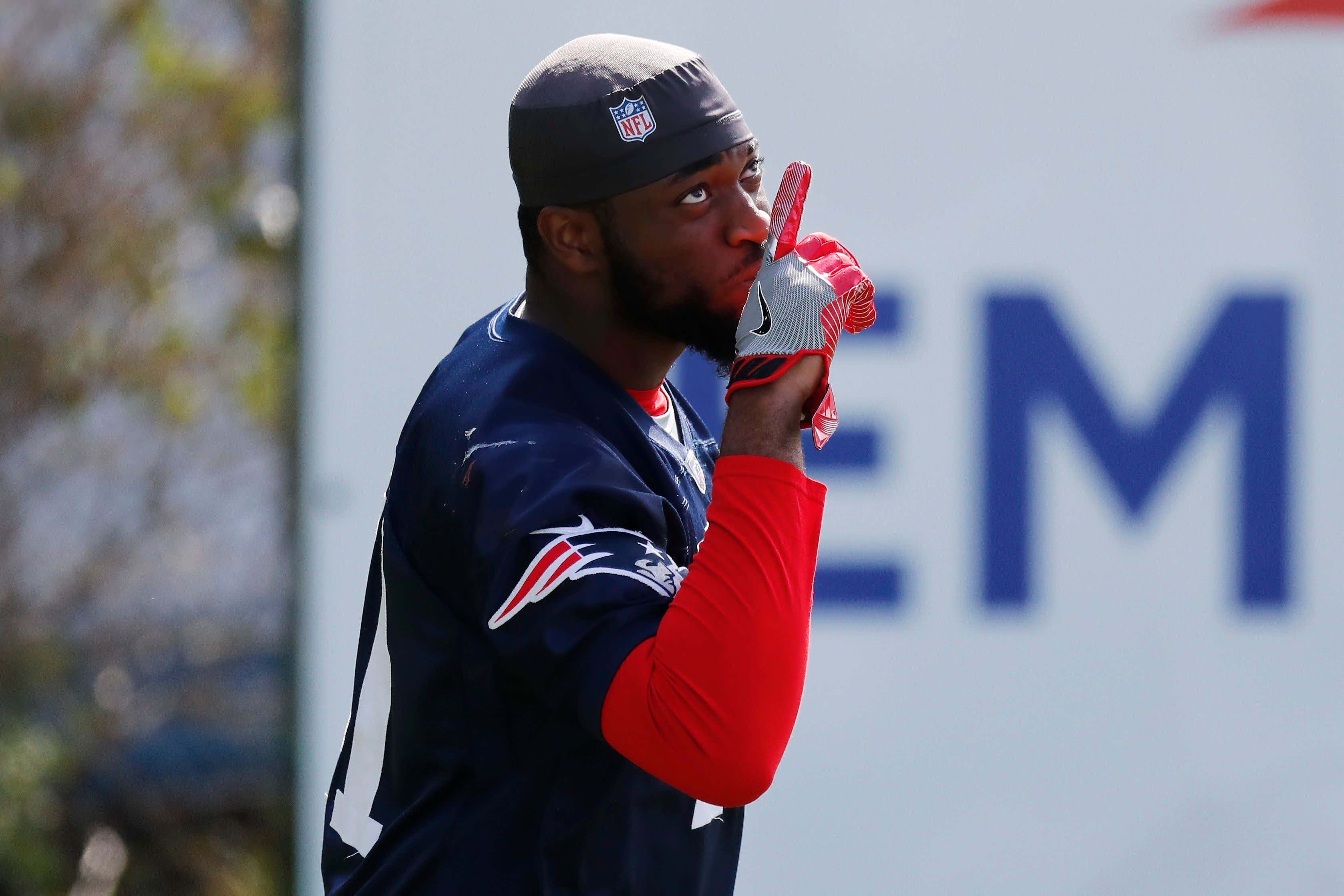 Defensive rookie: Josh Uche, linebacker, New England (2. Chase Young, 3. Jeff Okudah, 4. Willie Gay). The 60th pick in the draft is intriguing because he’s a little undersized (6-3, 230) and he played only 53 percent of the defensive snaps at Michigan last year. He may not play more than that in Foxboro, but his production around the edge could mimic Kyle Van Noy’s last year in the best season of Van Noy’s life. The Michigan tape of Uche (pronounced “OO-chay”) suggests the versatility and production Bill Belichick demands from his linebackers.

Is this ever pathetic.

If there's one thing I can't stand, is shameless, homerish, over-the-top fanboyism. People who are always pumping the Patriots tires just because after 20 seasons of unprecedented success they think the franchise can do no wrong. So between Bill Belichick and Nike the Dog they've got two GMs who are incapable of making a mistake and every rookie is the Next Big Thing before he's even played a down of NFL tackle football.

All this positivity is just lazy cheerleading. It's unprofessional and, frankly, embarrassing. You'd never catch me pumping some rookie's tires this way. I have standards. As a matter of fact, here's what I said about this particular rookie in late May:

Yes, linebacker was and remains an area of need after losing Kyle Van Noy and Jamie Collins. But at first sight, Uche seemed like kind of a tweener. Too small to be an every down edge player in Bill Belichick's scheme at 6-foot-2, 238 pounds. But without much experience as an off-the-ball, second level linebacker, with only nine starts in four seasons in Ann Arbor. Kind of a positionless guy in what, to be fair, is becoming an increasingly positionless position.

Yeah, about that. One man's positionlessness is another man's versatility. And the deeper I look into this guy - in my desperation to find something, anything in this world to feel good about - the better I feel about him. Every profile you read about Uche sounds like he brings the same beserker mentality to the Front 7 that his Wolverine teammate Chase Winovich. And I'll argue that Winovich had the second best rookie season of any defender the Pats have drafted since Devin McCourty in 2010, behind only Chandler Jones. (Don't @ me about Collins; Winovich made way more impact plays.)

Let me start with this metric, which is not new by any means, but it's the first time I've mentioned it here.

…Belichick makes no secret of the fact he looks for scheme-versatile defenders, but if he can get a guy who does one thing well, he'll take that and work around his other limitations. … But that's not to suggest Uche only rushes the passer well. In fact, the one thing you keep hearing about him from the college scouts is that his versatility is exactly the thing that makes him a perfect system fit in New England, with their multiple changing fronts and disguised rushes.

What I particularly liked about this video was the comparison between Uche and Van Noy, who was so under utilized in Detroit before fitting so perfectly into the Patriots scheme. And the part at the 8:00 mark where you see Uche going up against Iowa's Tristan Wirfs, who was the No. 13 overall pick, going to Tampa to protect that other Michigan Man's perfectly spherical backside.

And to think, I thought I was maybe getting way out over my skis on Josh Uche, a guy with just nine career starts at Michigan. I even accused myself of being way too optimistic about him because at that time of a shutdown, sportsless world of graphs that continued to go up by the day, I was desperate to be optimistic about anything. But now that the most celebrated NFL columnist in the land is actually higher on Uche than I dared to be, it turns out the only curve that applies here is the one I was ahead of.

So add "How will they move Josh Uche around to get him favorable matchups and get him into Ryan Fitzpatrick's face?" to the list of things to keep an eye on when the Dolphins come to Foxboro Sunday. The rookie has been given Kyle Van Noy's position, his responsibilities and his uniform number, 53. Let's hope he's been given KVN's versatility, scheme fit and talent. Sunday at 1:00 can't come soon enough.