Ol' Katie Sports News here with something I need to vent about.

Tom Brady is doing these cutesy little 'letters home to mom and dad from camp' stories on his Instagram and as if that weren't already awful enough, he's doing them in comic flippin' sans.

Seeing what you're about to see below gave me the same feeling I got the time I went to a local theater production of some Charlie Brown play to support a friend and a grown-ass man playing Linus was coddling a blankie and sucking his thumb on stage for a solid hour and a half. It's seared into my mind. 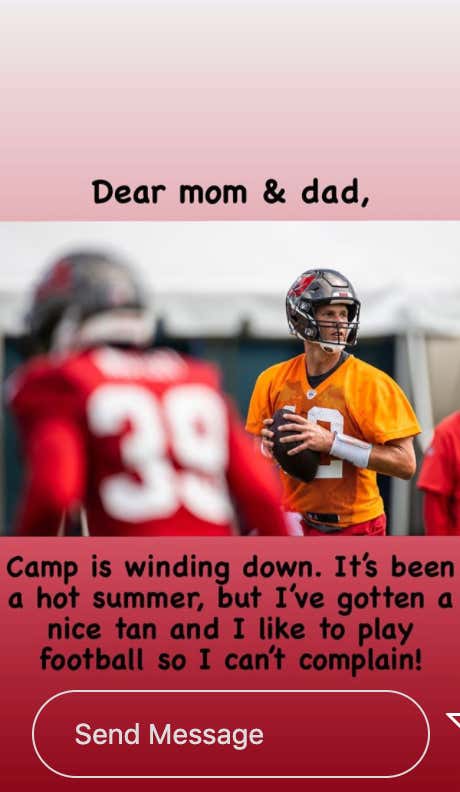 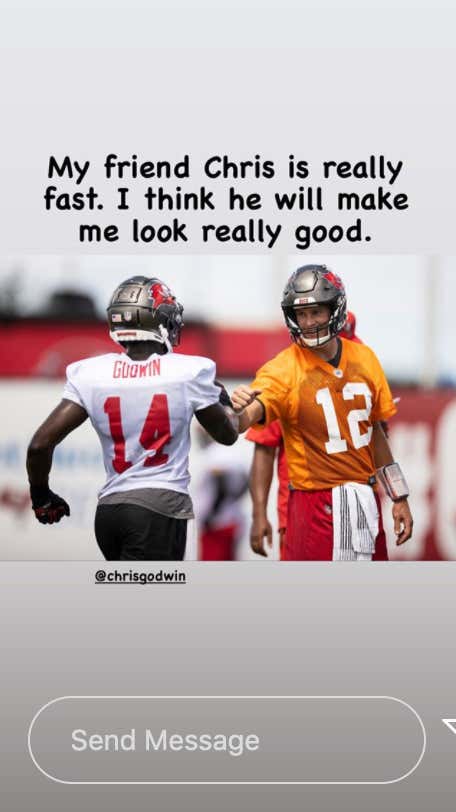 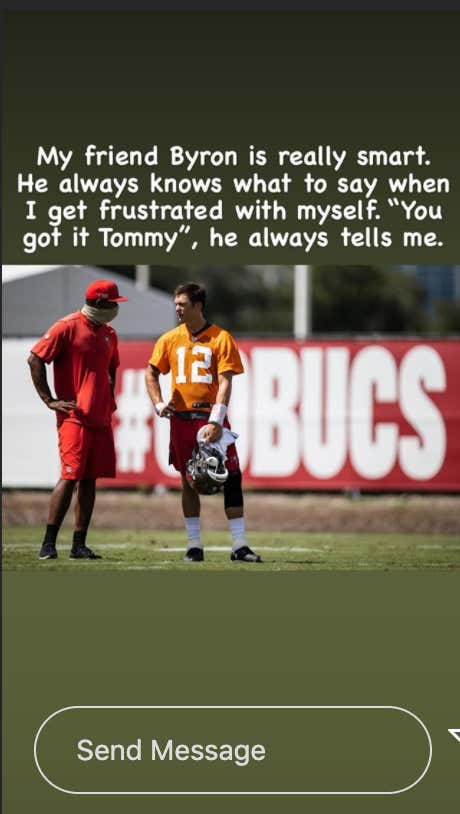 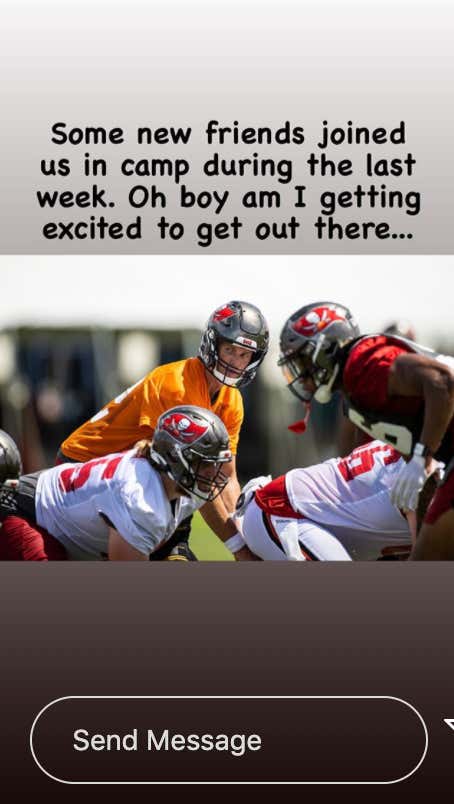 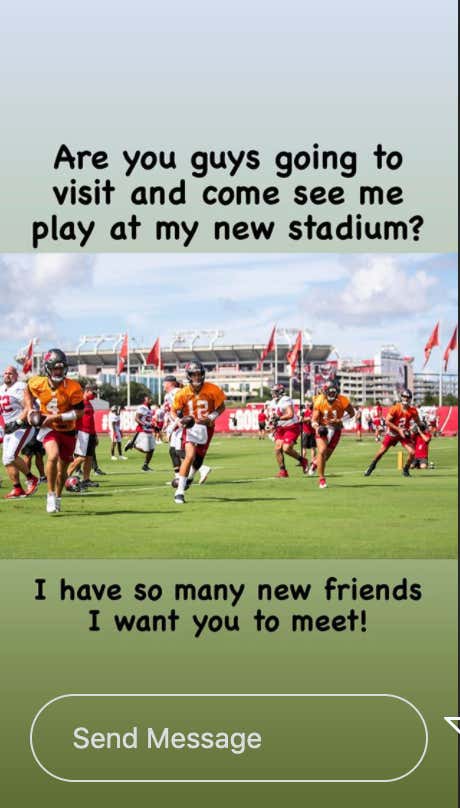 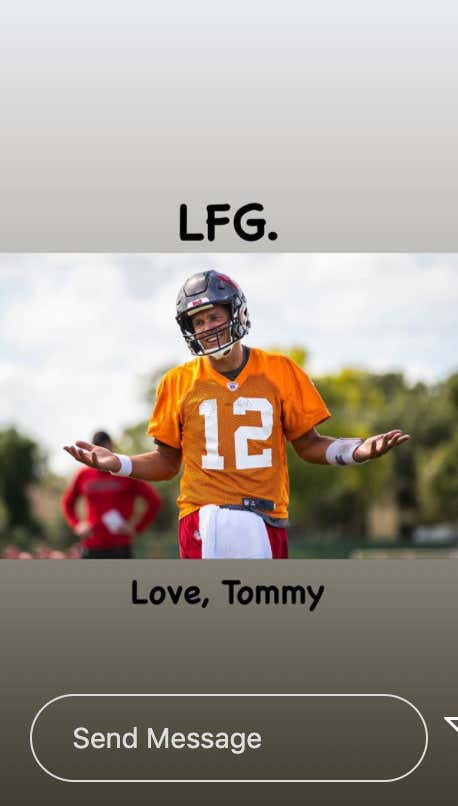 THANKS TOM, I HATE IT.

Does anyone not? The only kind of person I could imagine laughing and thinking, "This is so great!" is that Cathy cartoon lady. 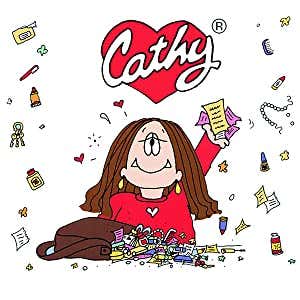 As I was about to hit 'post' on this Carl walked by and I consulted with him about how much I hated it and he had a likely smarter take,

"I think there's more to the story because it's too bad to be Tom Brady and he's usually really good at social media. Anyways are there any Millers left?"

Is there some sort of ad campaign coming? Is this the buildup for something else? Maybe it's supposed to go along with the chips commercial he posted on his main page where the team is doing a "'Twas The Night Before Christmas" themed story to eat chips and they all seem like little kids? 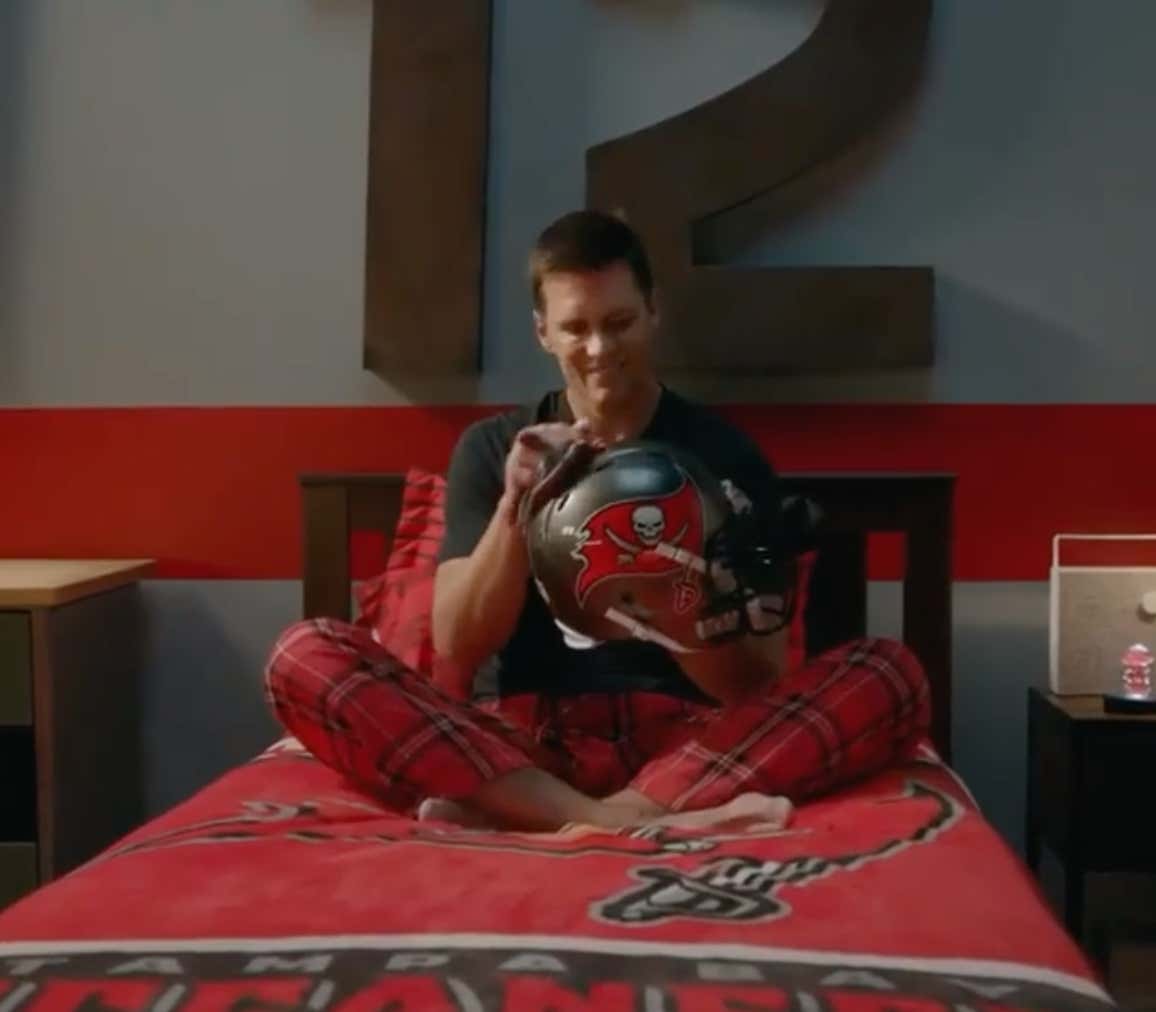 Either way I hope this comes to an end soon so I can go back to normal status (just hating myself) instead.