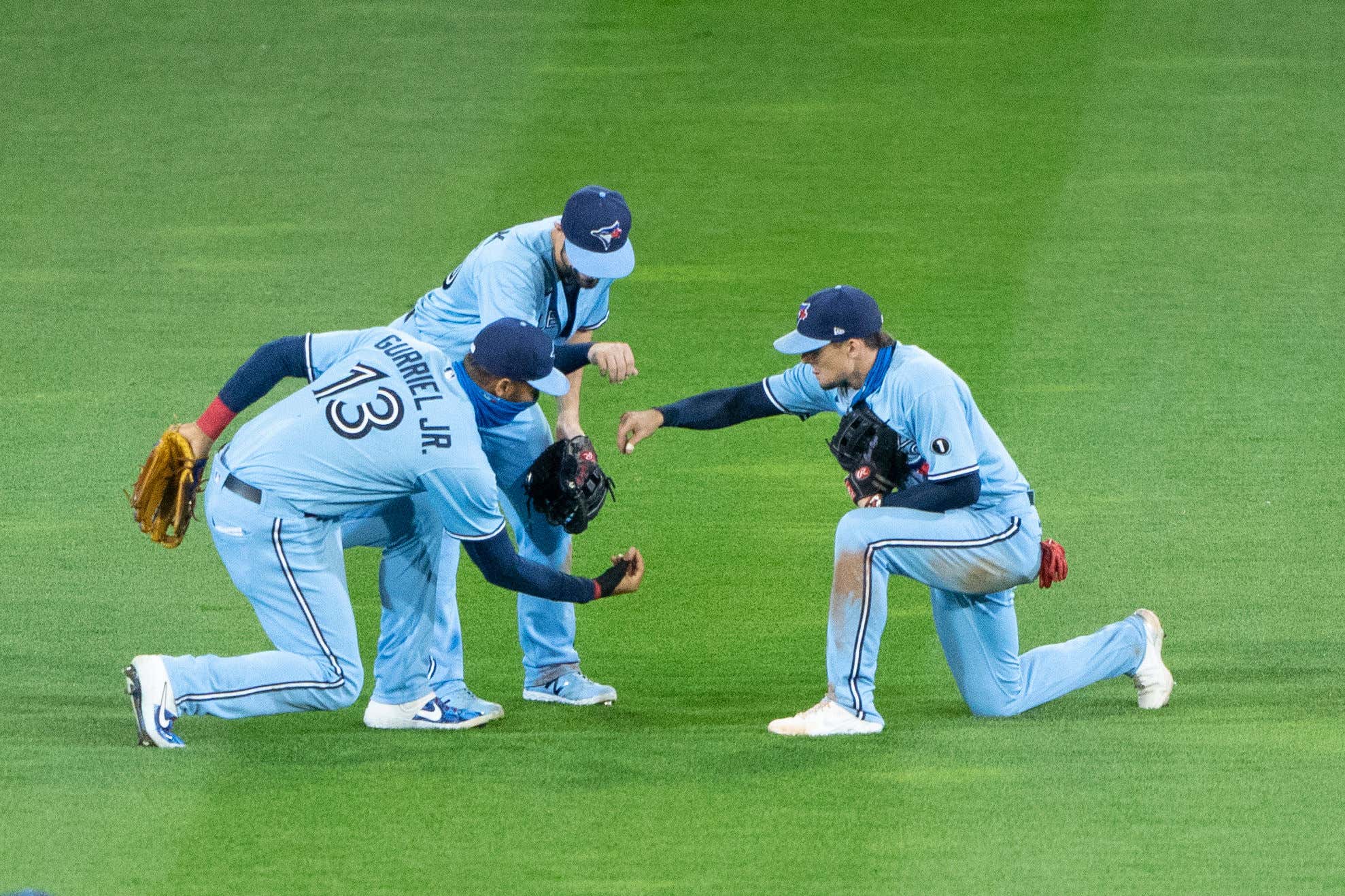 This is just sad. It's sad to see. A once proud franchise turning into this. And if you want accountability from me, fine. I'll own it. Yeah, I cursed the Yankees. I did. But I wasn't unprovoked. I never fire the first shot. When Mike Ford posted on his Instagram that I'm irrelevant without Yankee content -- kind of true, but not entirely -- I put a curse on the Yankees. Before the curse, the Yankees were 16-6, 2.5 games up in the AL East. Since the curse, they've lost 14 out of 19 games and only two teams in Major League Baseball have a worse record than them and now they're 6.5 games out in third place, barely clinging to a playoff spot. Not only that, but when the Yankees aren't playing the Red Sox, the actual worst team in baseball, they have as many wins as the Red Sox do this season (14).

How are the Yankees facing the media these days? They're blaming the goddamn lights and saying that the Toronto Buff Jays are stealing signs. "The sun got in my eyes" is my favorite excuse when I get turned down at a bar. But to use it as an excuse when you had a 6-2 lead in the sixth before giving up 10 fucking runs in the bottom of the inning is laughable. I mean, come on. The lights weren't a huge issue until we gave up that ten spot. They must've turned up the lights in the sixth. That's what it was.

And saying that the Jays were stealing signs? Jesus Christ. First of all, stealing signs is perfectly legal if you're on second base, which the Blue Jays certainly were doing plenty of that in the sixth inning, and relaying them to the hitter at the plate. But I would imagine it would be hard to steal signs illegally in today's game, given that nobody is allowed in the stadium and a team employee with a camera would stick out like Hubbs at a GQ dinner.

It wasn't the lights. The Jays weren't doing anything illegal. You just suck. Objectively one of the worst teams in baseball for about a month now. I know it's hard to accept the truth, but again, actual YANKEE FANS are telling it like it is right now. Even THEY aren't making excuses. That's when you know.