I covered a lot of this in my post a few weeks ago about Mac's 2nd anniversary of Swimming and how it feels like just yesterday this album came out and then he accidentally overdosed.

It feels like he was just catching his stride. Not that he wasn't dope as hell before "Swimming", (Best Day Ever is one of the best mixtapes of all time) but you could tell he had found his groove and was comfortable staying in his own lane. Which is why his death sucked all the more- I don't think anybody saw it coming. Or could point back and say, "yah we're not really surprised." The kid had the whole world in front of him, and MILLIONS of people who adored him. At least he got to feel the love for this record which he poured his heart into before he passed.

I also went into a great story about how I got to work with Mac several times through the beauty of our rag tag Back To Stool shows and Dave's giant brain and eye for talent.

p.s. - Not to make this about me whatsoever but something super cool that I think old school stoolies will appreciate because I know how much I do. Back in 2009-2010 when we were doing Back To Stool and Stoolapalooza tours Dave, Gaz, Jenna Marbles, and I somehow lined up Mac Miller to open up. The first year was for Sammy Adams. The second was for Mike Posner, Wale, and T̶h̶e̶ ̶B̶e̶a̶t̶l̶e̶s̶ Chiddy Bang. This is early early early Mac Miller days. We're talking The Highlife, and K.I.D.S. Mac. So early in his career in fact that he didn't even have his own DJ.

Leading up to the shows we were all on a bunch of group emails together messaging back and forth coordinating this shitshow. His crew and he could not have been any nicer, down to earth dudes. Super grateful to be working with us. Keep in mind this was stone ages Barstool. There wasn't even a Milton office yet. We held meetings in Dave's conference room at his condo building in Dorchester. So the fact he was grateful as fuck to be opening up a Mike Posner concert (think about that) at UMass, and Lupos Providence, gives you an idea of the kind of character he had.

So long story short, they asked me to DJ for him, I couldn't say yes fast enough, and I got to spin for him. Super fuckin awesome memories that wouldn't have been possible without Portnoy. #teamportnoy 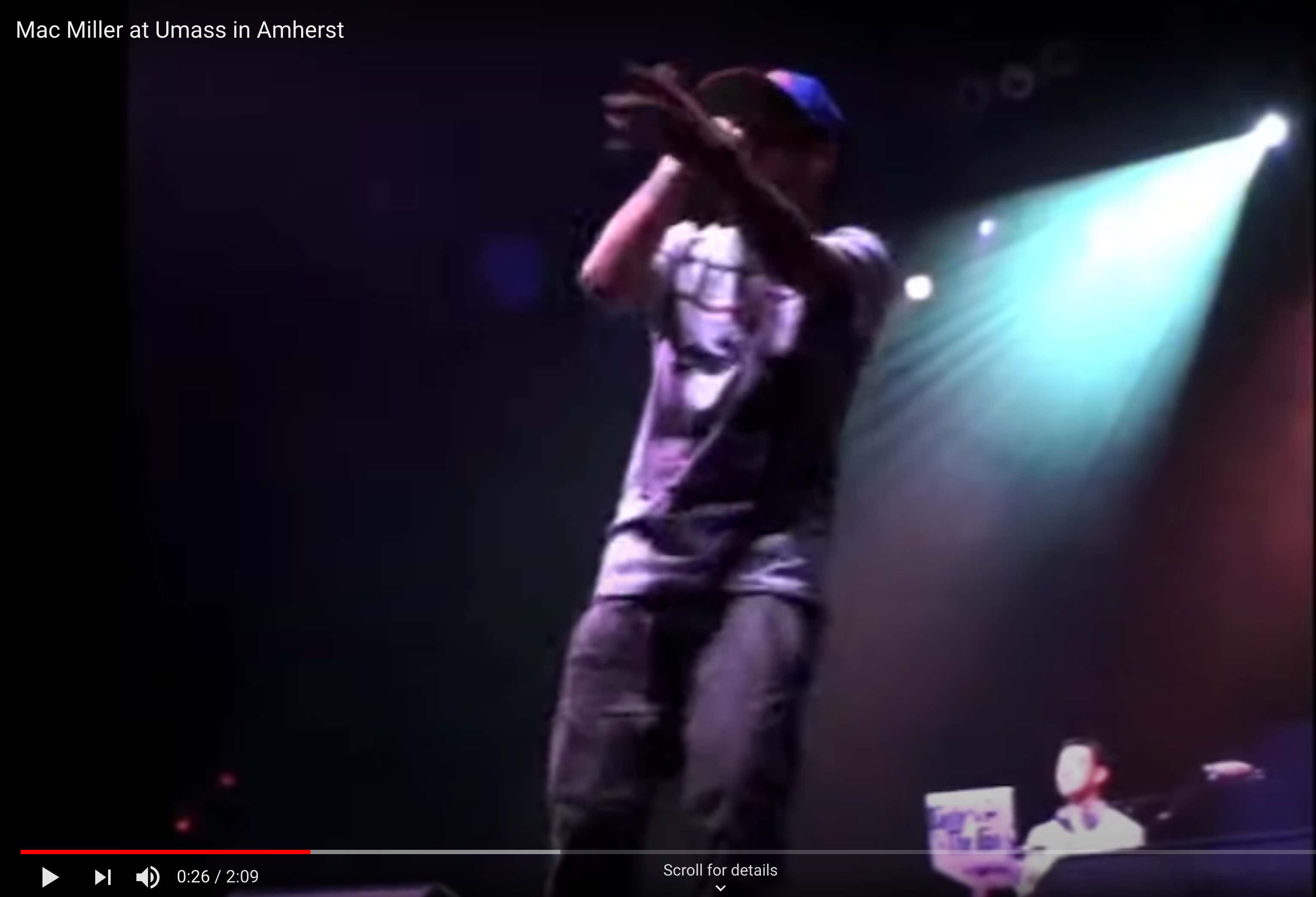 Mac is a polarizing artist which I've never really understood. His fans love him to the point it's almost cult-like. His detractors can't stand his music or his fans for no other reason (than what I've found) than that they think he is overrated.

Nonetheless, it's been two years since the world lost a super talented musician and an even better person. R.I.P. Mac.