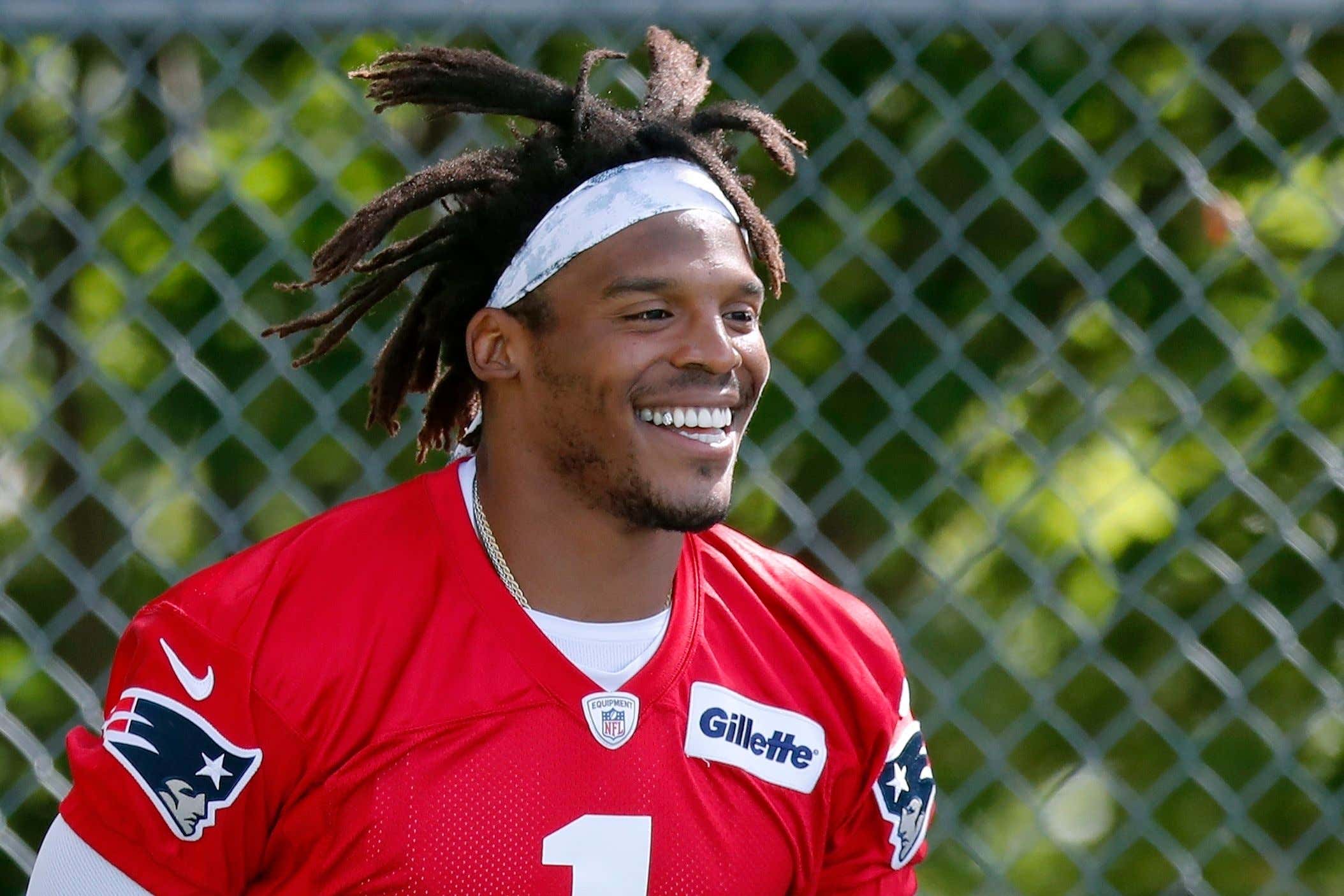 WEEI - When Cam Newton signed with the Patriots back in early July, everyone wondered what the fit would be? …

“Honestly, it’s been a match made in heaven for me just knowing I am at a place where everything is pulling in the same direction and everything is geared towards winning. Coming from a person that has won at all levels, I feel as if that if I do the things the right way, trusting the same people who have gotten me to this point and trust their coaching, I think this is something that when you look at an opportunity in a timely manner, it can be accomplished.”

As for what he thought of Belichick, it all changed with one phone call. “I think every type of stereotype that I had about Coach Belichick changed the day I talked to him,” Newton said. … “The time when I spoke to him and obviously meeting with him face-to-face, it removed any type of doubt, if I even had any. It’s just exciting to play for a person like that.”

And - After … being named captain and starting quarterback for the Patriots, Newton elaborated on his emotions. …

“Oh, man,” Newton said when asked about how he felt when getting the news from Bill Belichick. “This news that transpired over the last week or so, it’s just been gratifying because it kind reminds you that there is a lot of means to the madness. When I go back and think about those 86 days and nights where I was unemployed and a free agent and I’m thinking to myself, ‘Damn’ or ‘Jesus, nobody wants to get … What am I missing?’ To come to an opportunity where in my eyes it was the best opportunity for me and if everything is equal … It just puts a lot of things in perspective. From a person who comes from a willingness to always get better. A person who comes from a willingness to see something and want to be part of something great. When I was named captain and even a starter, it kind of made me for a second say, ‘Damn! OK. I’m falling seeing the residuals of the hard work.’”

I know I am. I'm Dieming all over the Carpe as we speak.

These are the words of a man who has been to the heights, had everything taken away from him, went into the depths of despair, was staring into the abyss for 86 days and nights without a clue as to how it all good have gone so horribly wrong, only to be tossed a lifeline. And when he was grabbed hold and was pulled up, he found holding the other end of that rope a man even more obsessed with climbing back on top of that mountain than Cam Newton himself.

Newton has only been on the Patriots since late June. Only walked into the facility in late July. And by the beginning of September has discovered for himself what so many who arrived before him learned. That it is a place and an organization that is focused on one thing and one thing only:

And that success isn't measured in dollars, stats, popularity, good interviews or assorted grabassery. It's measured only in wins, division championships, playoff byes, conference championships, rings and the size of the pyramid of skulls of your vanquished enemies you build along the way. Some veterans come to Foxboro and that is not for them. For true winners, who don't care about their image or how many times they get shown on "Football Night in America," it's heaven. Otherwise known as the place where the Cam Newton/Bill Belichick relationship was made.

From out of work to signing the cheapest contract ever given to a former league MVP  to starter and team captain. What a trip this has been for Newton and for all of us. And who else could you possibly want replacing the legend? Sunday at 1:00 can't come fast enough.