The I Want Candy star, 32, had teased his first appearance on the adult site earlier in the day, telling his fans: ‘It’s my first time! Check me out live tonight @camsoda 9pm PST #camsoda #cammodel.’

During his first live broadcast, Aaron shot scenes in his shower as well as his bedroom, where he was at one point seen sitting on his bed naked, playing the guitar.  His debut on the adult cam site comes four months after his fiancée Melanie Martin first appeared on there herself.

How the mighty have fallen.

Tough look for KFC's boy Aaron Carter here. He couldn't take it to Onlyfans? He went the Cam Soda route?

I'm no expert on cam sites but I feel like that's the "Please Bang My Wife" of cam sites. You know what I mean- 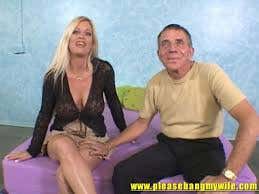 One minute you're fuckin around and dropping a triple-double on Shaq.

Then next thing you know you're JO'ing on a webcam for a bunch of guys who totally aren't gay, and pedophiles that have followed your career since you were 12.

p.s. - Here's his fiance Melanie Martin who got in the cam game first.