Didn't think we'd actually see actual pro football this year but with kickoff only hours away I think it's finally safe to pinch ourselves. It's back. It's actually back.

With that said, the Chicago boys, and the city of Chicago in general, are flat out giddy. Not just because the Cubs and White Sox are both in first place, looking to both give their fans playoff baseball to coincide with Bears football, but also because this season looks bright for the Bears.

Mainly because their starting QB managed to regain his confidence.

And his teammates are singing his praises -

"He actually looks like a whole new player this year, man," Patterson said on a Zoom call. "I just see it in his eyes. Each and every day, he's got that fire on him. That's what we need out of our quarterbacks. That competition. It brings the best out of everybody, so I'm excited.

"The way he's handling things. I feel he's been more of a leader. Last year I didn't feel like he was that guy, but this year he's taking over. He wants everybody to know that he's that guy and we can come to him when we need something. He's doing a helluva job with it."

And frankly, all the positivity around here feels great.

It's a breath of fresh air - that I'm sure will turn back to a wetrancid smelling fart the second Mitch throws his first pick of the season- but for the time being, it's awesome.

And I'm sure Trubisky appreciates it as well.

Not even the support, but just the indifference.

The fact people are giving him a chance to show what he's got this year without the insanely high expectations he's been subject to since Pace traded up to draft him.

The deck has been stacked against him ever since then, and he's been looking at 16's to the dealers face card every season since, with his counterparts Mahomes and Watson as his benchmarks.

The average time to pressure was an awful 2.37 seconds. That pressure time ranked 29th in the league.

James Daniels switched to left guard after it was found that he was making incorrect blocking assignment calls.

Left tackle Charles Leno saw the biggest drop-off in play, as he had four straight seasons grading in the 70s from 2015 to 2018 but finished at just 58.6 overall last season, good for just 64th out of 82 qualifiers.

And a coach that was advertised as an offensive mastermind, yet whose idea of razzle-dazzle is a bubble screen to the short side.

Mitch's scouting report, and what Pace allegedly regarded him highly for, was that he was mobile- he could throw on the run, use his legs to move the pocket, and to extend plays.

Honest question, besides when he's running for his life, when have you ever seen Mitchell Trubisky able to showcase any of these abilities?

The Bears NEVER roll him out. They're fixated on making him a pocket passer, while giving him "2.37 seconds” to drop back.

They had a power back, Jordan Howard, that was able to help keep defenses honest when he was lined up, enabling the Bears to actually run a somewhat effective play-action, but they traded him away for a highly coveted 6th round pick.

And with all this going on, the entire city, media, and fanbase has been at the kid's throat because he was drafted so high. Something completely out of his control.

From day one you had all the naysayers and self-loathing sports fans in Chicago (and there's LOTS of them) foaming at the mouth to tear Mitch down. Chicago Sports radio is the most toxic environment outside of Chernobyl so they just continue to perpetuate it like the miserable underachievers they all are. 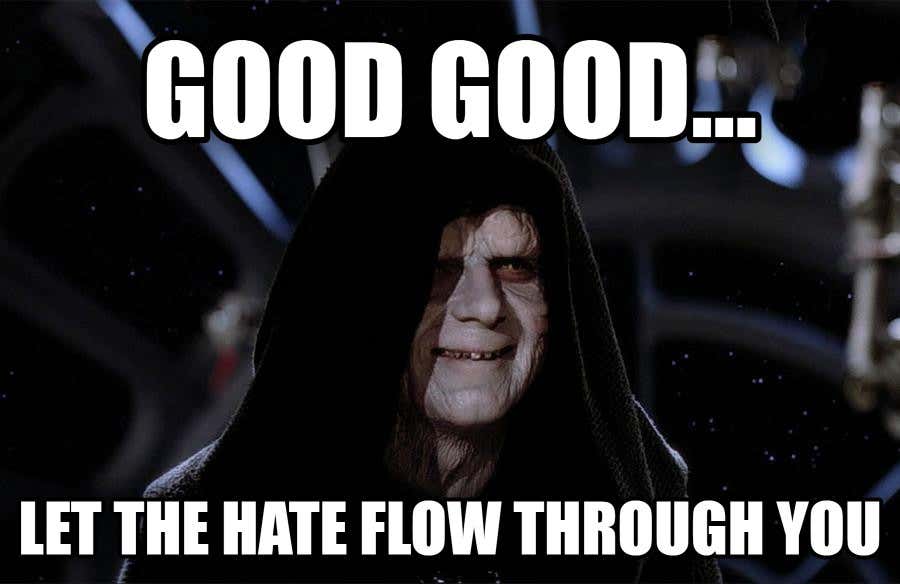 And round and round it goes.

Meanwhile the kid's confidence is completely crushed. He's constantly looking over his shoulder. Can't go out downtown. Can't open social media. Focused as much on keeping doubt out of his mind as trying to focus on that week's game plan.

And it's not the first time nor will it be the last.

I watched Jay Cutler come to town and the same scenario play out.

Again, the Bears gave up a lot to get their QB (Orton, two first's and a third) and people were out on him from the start.

He did himself zero favors while in Chicago in relation to the media and fans - puss on his face, apathetic attitude, snide remarks. But in terms of his teammates, nobody could have been more well-liked. (See a pattern developing here?)

The guy took an absolute fucking beating his 8 seasons in Chicago. But h kept getting up and kept slinging it. All while playing under some of the most pathetic excuses for coaches and offensive coordinators the league has ever seen.

He was run out of town, to the delight of Bears nation.

The same Bears Nation that has just recently done a complete 180 on him to love him to the point he's worshipped on reality television. For being the same exact person he was crucified for being while playing for the Bears.

All of that said, I'm all for keeping the positivity and support flowing. Give the kid an honest chance. Get him a line so he can actually go through progressions (something Mitch detractors love to kill him for). Open up the playbook for him and utilize his athleticism. And for crying out loud chill with the Mahomes and Watson comparisons. We get it.