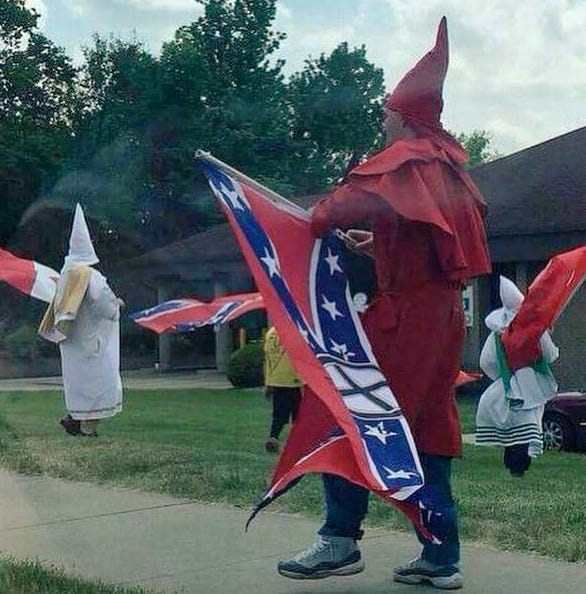 Hey man just because White Is Right doesnt mean your sneaker game cant be on point. Just because you’re a Grand Wizard of the Klan doesnt mean that you gotta roll up to the cross burning rally wearing Asics like some chump. Cletus over here probably dropped like 300 bucks on these Cool Grey 11s all in the name of the White Man. Whys it always gotta be the Black Man with the nice kicks??? Just taking back the sneaker game for the Aryan Nation. White people deserve to wear patent leather too. Thanks a lot for the sneakers, MJ. White Power!

PS – The KKK gets a bad wrap these days anyway. The 2015 KKK, that is. I’m not talking about the Matthew McConaughey Samuel L. Jackson A Time To Kill KKK. Nowadays they’re just a bunch of white dudes who really like being white. Thats basically what Barstool is.