So Feits just blogged this new Wells Report in Context site that came out today. Obviously he needs to talk about the boring stuff like facts and who’s right and wrong here, whatever. I want to discuss the important stuff though. Like what the fuck a Dorito Dink is? Is that a real term? Because it’s fucking awesome. I’m calling everyone a Dorito Dink from now on. Anyone see those Dorito Dinks in jail yesterday? Typical Dorito Dink move, fucking Dinks.

Also how old are these guys? I thought they were in there 40’s? Talking about Pong parties and casual OMG’s. I’ve said it before but I’ll say it again, having your text messages released has to be the single scariest thing in the world. Just no chance you come out looking cool, zero. 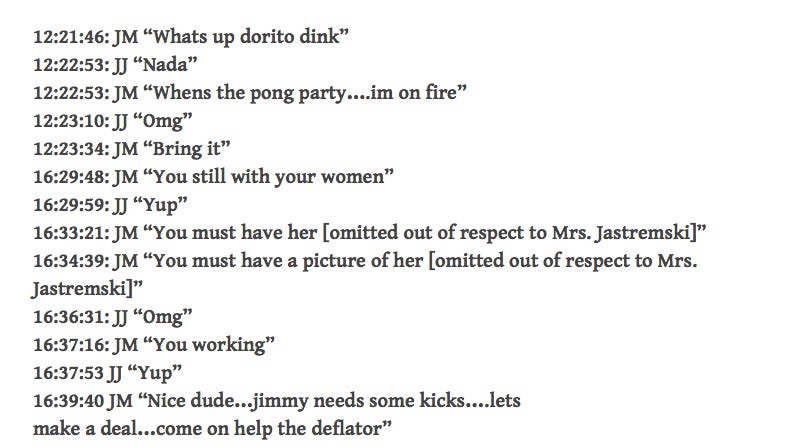