By now everybody's seen the video of Speaker Pelosi's trip to the hair salon.

If you're living under a rock, do you have room for one more?

If you're living under a rock, Ms. Speaker took a nice trip to a shuttered San Fransisco hair salon to get her hair did.

This visit was on August 24th. Salons and pretty much every other small business on Governor Gavin Newsome's green Earth of the State of California have been shuttered for the last 6 months. September 1st marked the first day salons were allowed to cut one person’s hair at a time inside instead of out in the parking lot. Unless you're the Speaker of The House and a 30 year career politician it seems. Then a different set of rules apply.

Pelosi, of course, offered zero apology and accepted no responsibility. You know, things leaders do?

Instead, she called the entire thing "a setup". To make her look bad.

And she demanded an apology from the salon owner.

1: a person who puts on a false appearance of virtue or religion

2: a person who acts in contradiction to his or her stated beliefs or feelings

It seems the people best suited to tell us peasants what is best for us and how we must live are the ones that flout their own laws and mandates the most.

Big mask guy. So big, that he wants businesses to refuse entry to anybody not wearing one. Which makes perfect sense.

Unless it's a business trip to Georgia to meet with a city's mayor I guess.

He also says people should wear masks when they step outside for anything. Including to walk the dog.

Unless your last name is Cuomo apparently.

: marked by an air of superior piety or morality

We've also got the City of Brotherly Love's Mayor joining in on the hypocrisy.

He's been another staunch opposer to small businesses being allowed to operate and thus, stay alive.

So since everything in his city is shut down, due to his mandates, he travels across state lines to enjoy meals out.

Unlike most of his colleagues, he at least owned up to it and took responsibility.

: convinced of one's own righteousness especially in contrast with the actions and beliefs of others : narrow-mindedly moralistic

I will save Chicago's Mayor Lightfoot her own separate blog (it's coming), but one of her more recent "fuck-you's" she sent to her plebs in the city's Police Department was absolutely no more vacations-

When Chicago Police First Deputy Supt. Anthony Riccio went on vacation despite being ordered by Lightfoot not to, she said, “The exempts have to set the example.  And the example of doing something the mayor has directed them not to do is highly problematic.”

As I titled this blog, leading by example is what it's all about.

So too are flights to Maine this time of year I guess.

But like the true leader she is, she too owned up to her gaff.

“I'm here now, and I’m always in contact,” Lightfoot replied to a question asked during a press briefing about her vacation. “Did I think I needed a break? Of course, as everyone does. I’ve been encouraging my staff to take breaks.”

In her defense, we only had 24 shootings and 3 murders this past weekend so she didn't miss much.

I realize this comes across as an anti-Dem slam piece. (Different meaning than this. Get your mind out of the gutter)

It's just that these are the people calling the shots in the places with the harshest restrictions right now, which is what makes it so mind bottling (sic idiots).

You don't have to look that far across the aisle than to the highest office in the country to see the definition of hypocrisy everyday. The target is constantly moving with the Donald. Whatever fits the narrative.

A "Commander-In-Chief" who dodged the draft, demonizes welfare yet has relied on the government for close to a billion dollars in tax breaks for his personal businesses, cited immigrants as one of this country's greatest threats yet has exploited them as the backbone of his businesses for decades.

The major difference when it comes to Covid, with regards to our country's executive branch, is no one's ever pretended to think they've taken it seriously.

They're all the same. "Do as I say, not as I do" is the creed. “We know what's best for everybody” is the logic.

Term limits and real actual campaign finance reform are the only cure. Otherwise, join me in praying for the meteor.

Or, everybody needs to throw some serious steam behind getting Dave back into the Mayoral race next election cycle then we take it all the way to Washington. 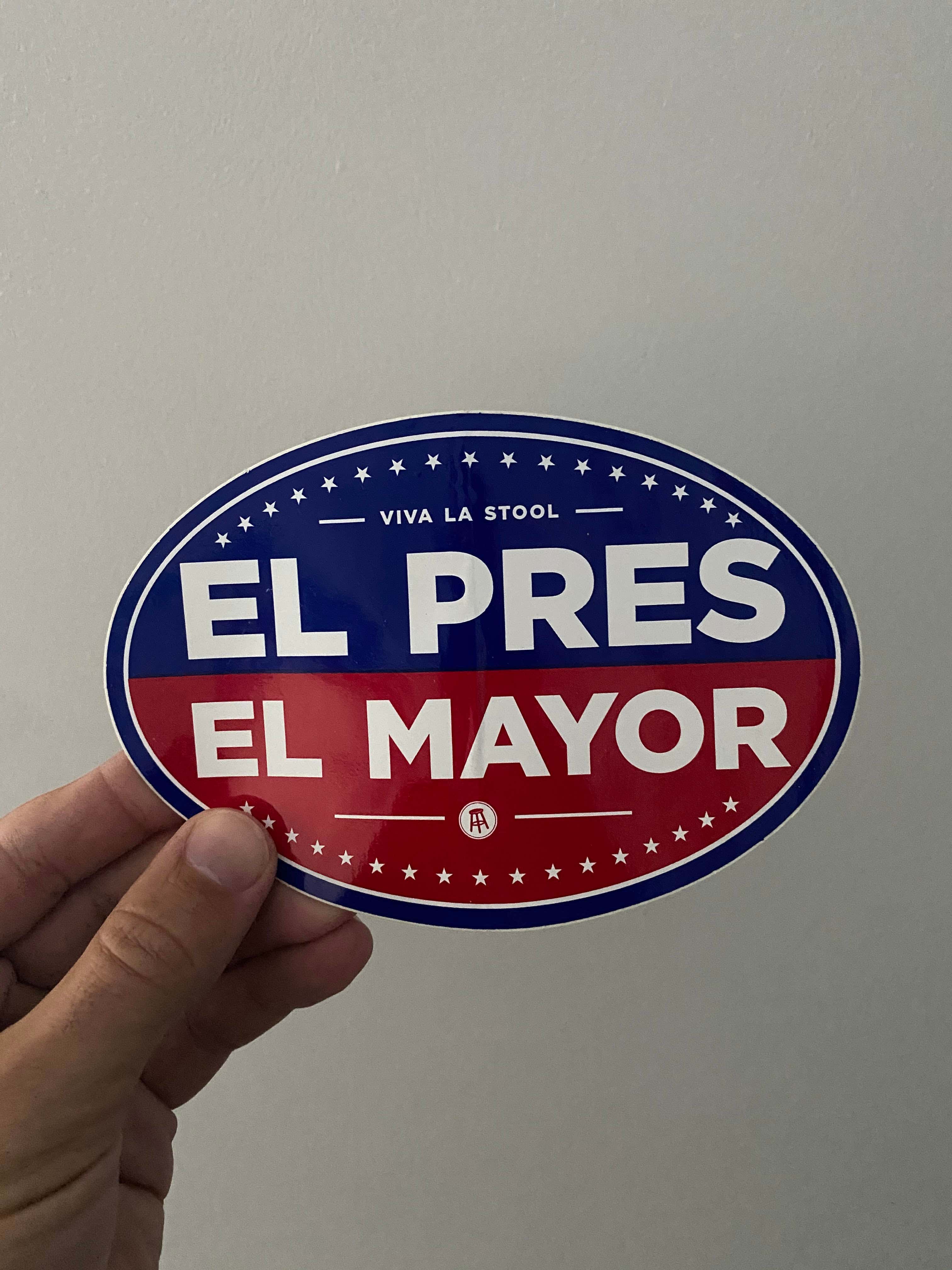