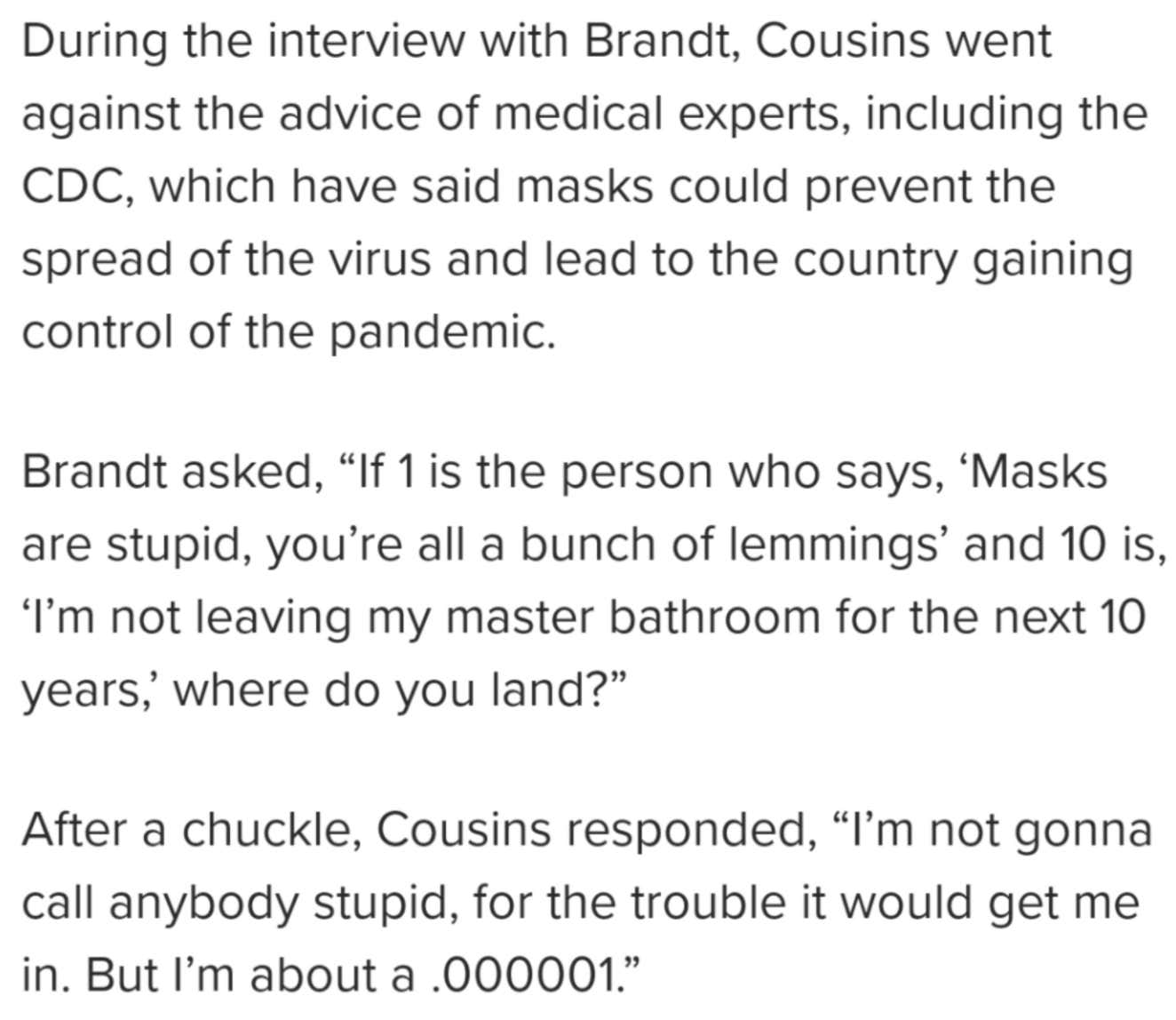 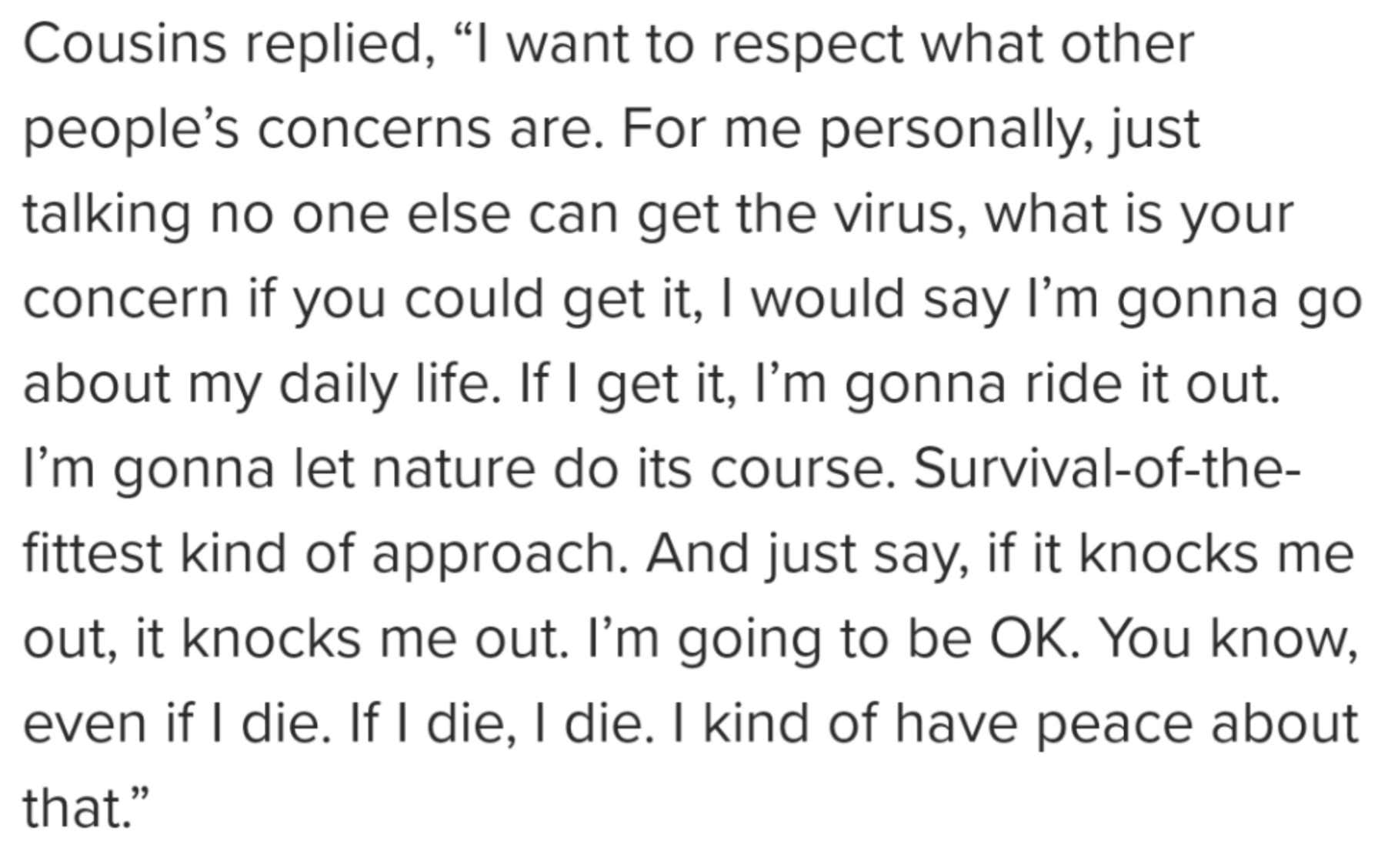 I respect the hell out of this. People have made up their minds on coronavirus, and at least Kirk has the balls to publicly say it. The guy straight up hates masks and believes in nature and survival of the fittest. He's at peace with it. If he dies, he dies. Is it an outrageous thing to say about a very avoidable disease? Sure, but I appreciate his honesty. Putting his money where his mouth is.

But also here is the thing- he is being dragged for this quote, but he never said he won't wear a mask, and that is being left out everywhere. In fact, he says the complete opposite:

So here is the thing- Kirk is a dumb dumb for dismissing masks, which obviously work to stop the spread, especially on things like planes. Saying "if I die, I die" makes no sense when all we're talking about is wearing a 2 dollar piece of cloth.

But at least he said the important thing that wearing a mask is about being respectful to other people. Because holy shit, if the NFL season gets shut down because a bunch of teams get massive outbreaks, Kirk will be public enemy number 1.

What's sick about this whole thing is we STILL are over 1,000 deaths a day. I wish we could go back to March, or April, or even May and have everyone stay inside for 2 weeks. Fucking Arizona, Florida, California, etc just refused to shut down and now we are still experiencing a ton of daily deaths from corona. It's terrible. It sucks. I don't care if the people are old or what have you, because 1) what's the acceptable ratio of "it's ok because they are old" to "young person with no pre-existing conditions", and 2) 1,000 deaths is still 1,000 families that lost a loved one.

So that's why people are like "hey Kirk, shut the fuck up", because people are still dying from it and Kirk is just shrugging his shoulders about it. Sigh. I just want to watch games in person again and now because of quotes like Kirk's I'm officially nervous some NFL team is going to be the new St. Louis Cardinals/Miami Marlins and we will straight up riot.