It took going all the way to NAIA Concordia University in Nebraska, but we found the best fullback in America and his name is Chevy Stout.

I have no information on this guy other than the facts that his name is Chevy Stout and he plays fullback, but that's the beauty of it. All these Division I guys show off their flashy highlights on social media and have their names out there on TV all day. You know what Chevy is doing? Grinding in the weight room. He barely let his own school know anything about him to put on the roster. 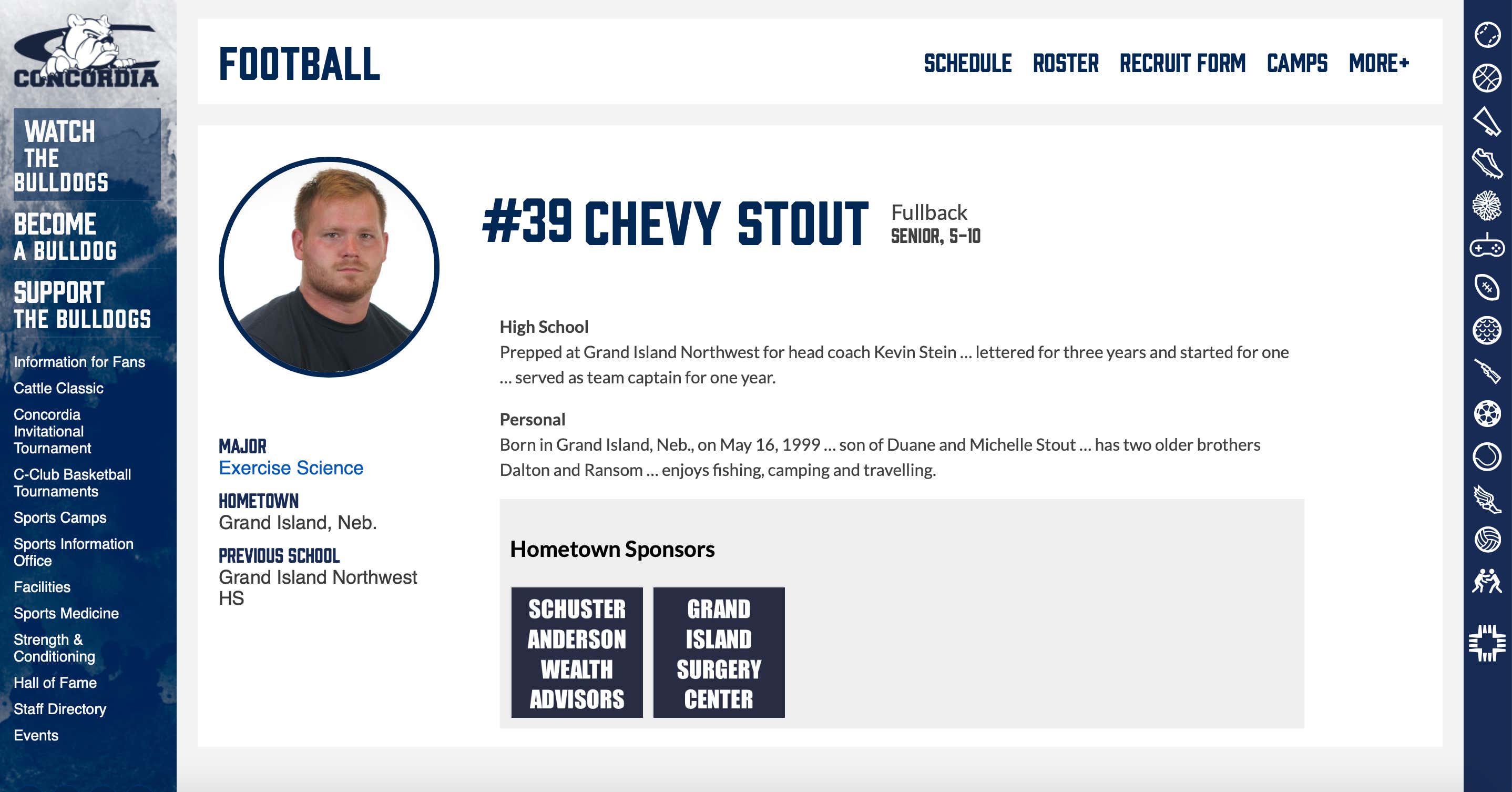 All this kid does is show up to practice in his neck roll and go hit people in the mouth. I can't find a highlight video, a stat line or anything for this guy. You get one photo holding a football and chain on picture day and that's it. He lurks in the shadows — and that's what makes him so beautiful.

Chevy Stout is going to sign with the New England Patriots as an undrafted free agent without so much as one play on film for the public to see and will go on to a Hall of Fame career. Some other fullbacks could learn a thing or two from this guy on how to go about the position the right way.