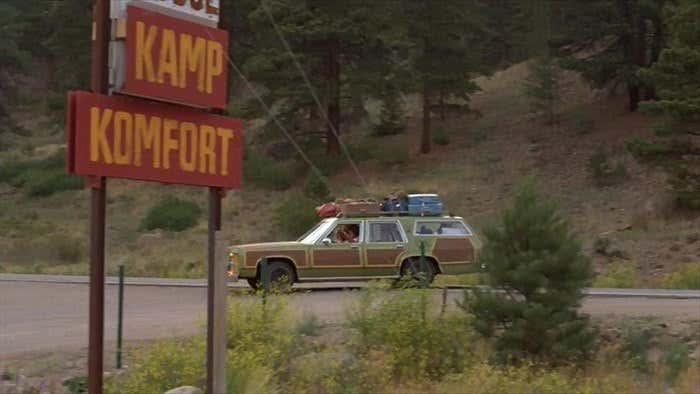 The Patriots have a practice/scrimmage today that might, as far as we know, be the last one of Camp Covid 2020 open to the media. They shut off that access every year around this time anyway. And once the season approaches all they let you do is see who comes out for stretching and then shoo you out of there. Which is the equivalent of Lois Griffin watching Tom Brady in her bathroom before he gets his shirt off and climbs in the shower.

So just in the event that this is it, and we literally will not get to see these guys on the field again until Week 1 against Miami when the war games are over and the battle is real, here are random thoughts based on what I saw at Wednesday's practice and am hearing about Thursday and Friday.

--First of all, Cam Newton's "juice" or "energy" or his "energetic juice" or "jenergy," whatever we're calling it today, is by all means a real factor on this roster:

As is his work ethic, which is undeniable:

Which begs the question: If you've been given the impossible task of replacing the irreplaceable man, how do you go about it? Good as you are, it's too much to ask that you play up to the level of the GOAT. But you can start by being what he wasn't. Or what he hasn't been the last few seasons. You be what Tom Brady was in his first 16 or so seasons in Foxboro. The guy nobody can outwork. First to come and the last to leave. Turning the lights on in the morning, turning them off at night. Watering the plants and rearranging the toys on Michael Scott's desk in a pleasing way that he thinks is being done by the cleaning crew. Bringing the one thing that has been lacking of late out of Brady - last year especially - and that is total enthusiasm. Putting football ahead of your personal life. By no means am I ripping Brady. But by his own admission, he knew he was gone after last season. His spirits were down. And his body language reflected that he was enjoying football less than he ever had, something that was confirmed by his actions on March 17. So if nothing else, Newton has brought that jenergy that a frustrated Brady didn't to a locker room in desperate need of someone to follow. And he's providing that guy.

--But to be honest, it hasn't translated onto the practice field over the middle of this week. Wednesday Newton connected on like 10 of 18 throws and at Thursday's full squad scrimmage, neither Newton, Jarrett Stidham or Brian Hoyer did much of anything as the Pats' defense was dominant. In 11-on-11s, Newton was 11-for-23 and got picked by Terrance Brooks for the second straight session. Stidham was 4-for-11 and Hoyer was 4-for-11. Three of Stidham's attempts were PBUs. Though one highlight was Hoyer connecting on a bomb to Devin Ross, who might be securing a depth spot at receiver, though those final slots are usually decided by who can contribute as a core-4 special teamer, not by a play or two running routes for the likely third string QB.

--As far as your second year offensive guys, it's been an up and down few days for N'Keal Harry. Belichick did the Belichick version of gushing over him in his press conference Friday morning saying, "He’s much more comfortable, has a much better understanding this year than what he did last year. He’s been productive for us on the field. He still has a lot of football in front of him and a lot of growth and he works hard every day" and praising his competitiveness. But he was targeted four times in the full team scrimmage with no completions. He failed to pull down a contested ball while covered by essentially a camp body in D'Angelo Ross. And while he did get open in the end zone, Newton's throw was slightly off the mark and Harry's foot landed out of bounds.

--A couple of sophomores on the offense are proceeding much better. Damien Harris has as many snaps as any skill position player in camp. And on the first play from scrimmage broke through the interior of the line for what would've been a 65-yard run. Sony Michel has been back since Wednesday, so all they need out of Harris is to be 1/3 of a rotation with him and Rex Burkhead. And nothing we've seen of him in camp would suggest he can't.

--But the biggest Year 2 bounce would appear to belong to Gunner Olszewski. Granted, he barely contributed last year after being a UDFA out of Bemidji State, so I'm not saying this makes him a Wham-O Superball. But veteran teammates are singling him out for praise. Stephon Gilmore faces the opposition's best every week and said, “He’s definitely gotten better. I think he’s gotten stronger, gotten quicker. .. [He] has definitely taken a step from last year" while calling him "fearless." And as of a day or two ago, he led all players in receptions. He's also in the mix for the punt return job, so as of now it looks like he's on the 53.

--As far as the other side of the ball among second year players, Joejuan Williams, who was drafted as a corner, is working out with the safeties. Which makes mountain ranges of sense since he's 6-foot-3, 212 pounds and seems like a good candidate to play in the box in run force and match up against tight ends with Pat Chung taking a sabbatical. At the very least, he's part of a group of younger players tasked with replacing Chung and Duron Harmon (now in Detroit) that includes him and rookie Kyle Dugger and veterans Brooks and Adrian Phillips. Chung's opt out and Harmon's departure were mild surprises and will cost them. But it's not like they haven't prepared for them.

--While I'm on a roll talking about the class of 2019, Chase Winovich continues his relentless assault on a bigger role as a defensive end. While by all accounts, Yodny Cajuste has failed to grab hold of the starting right tackle job vacated (temporarily) by Marcus Cannon. Based on what everyone has seen (or not seen) the leader in the clubhouse for that spot is Jermaine Eluemenor, who was picked up after a couple of seasons bouncing on and off of the Ravens' roster.

--As the defense dominated the scrimmage, two pass rushers stood out with penetrations that would've registered as sacks were it not for the impenetrable deflector shield of the red quarterback jersey. One by  Ju'Whaun Bentley, the other by Deatrich Wise, Jr. Bentley is critical to this defense's plans in a post-Kyle Van Noy world with Dont'a Hightower on leave. And if he can play at the level he was at the beginning of his rookie season in 2018, that will check a gigantic box for Steve Belichick/Jerod Mayo. Wise also batted down a Newton pass at the line of scrimmage. He is probably in a make-or-break year along with Derek Rivers, the only two Pats left standing from that 2017 draft that only produced four picks in all.

--Based on what anyone has seen, Nick Folk is just simply a better kicker than Justin Rohrwasser. They each had five attempts Thursday. Folk hit all his. The rookie missed two. I don't know much about the fine art of kicking. But it seems to me that being 40% more successful, which Folk has consistently been, at least in front of the media, means you're better.

--Assuming today is the last practice in front of the assembled (and distanced) media horde, there won't be any further conclusions to draw, as it's just a glorified walk through:

So much to learn about this 2020 Patriots team in a major transition year, so little time. Don't ever let me hear anyone complain about how preseason games are a waste of time. Even fauxball is better than no ball.