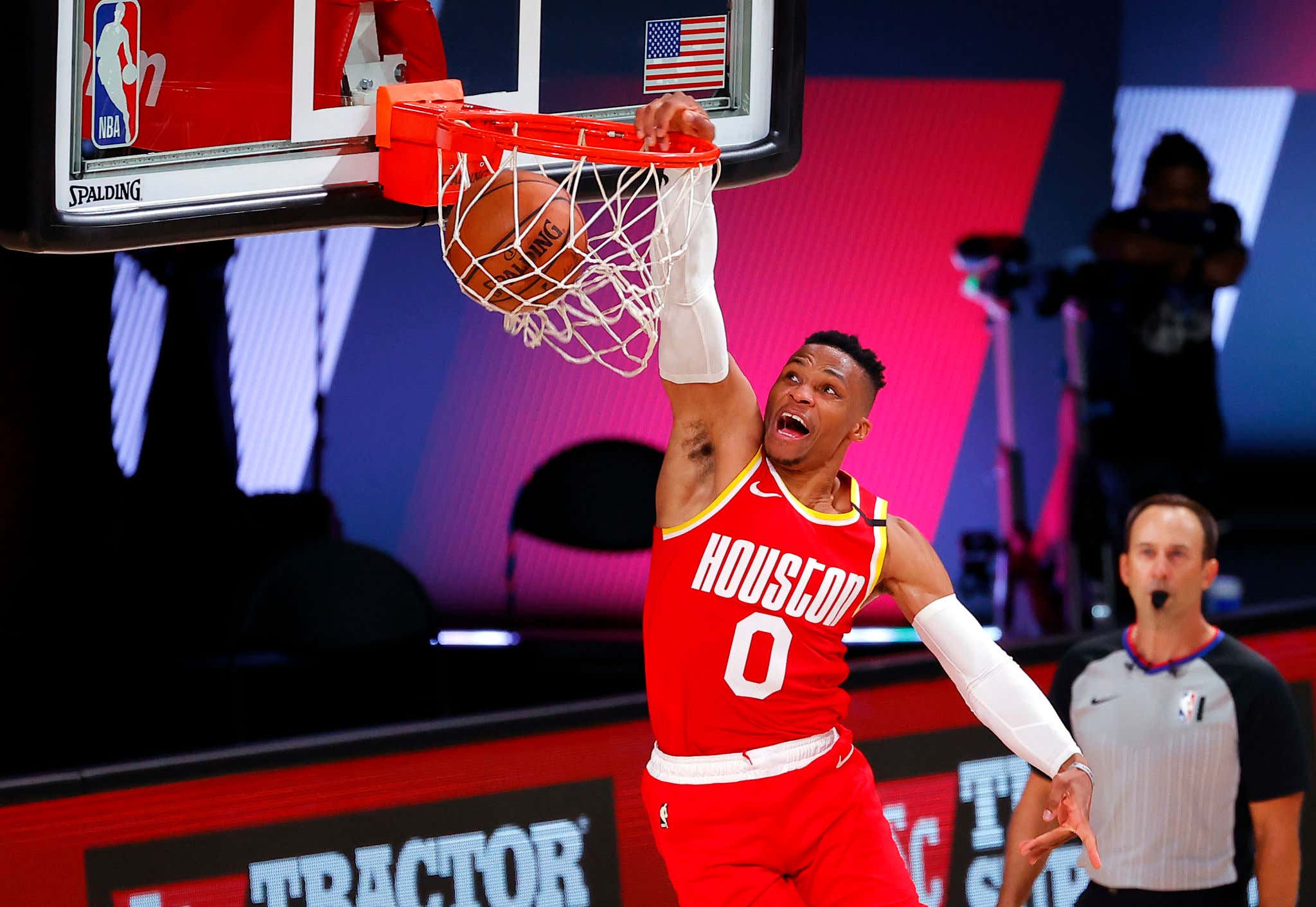 Well this is a tweet I'm sure Rockets fans everywhere were thrilled to see come across their timeline. If you remember before the games stopped the Rockets were going to test Westbrook's quad and determine if he was good to go for a very very very important Game 5. There's no denying they've missed him in this series, especially when it comes to exposing the Thunder's driving lanes, and now to hear he "looks as explosive as ever" is a big deal. Here's a quick reminder of what an explosive Westbrook looks like

You forget that ever since the Capela trade Westbrook was playing the best basketball of his life. You got all the normal Westbrook offensive dominance, only now it was efficient. The man LIVED in the paint once the Rockets spread the defense out by going small.

With momentum shifting to OKC after they won the last two, the Rockets desperately need this shot in the arm. Over their two losses they threw up a 102 Ortg / 109.9 Drtg / -7.5 net rating. That's gross. James Harden was clearly running out of gas in the fourth quarters in both those losses. They need all the help they can get when it comes to limiting the OKC trio of guards, and I'm of the belief that adding a monster like Westbrook to the mix will certainly help on that end.

Personally, I just want to see if Morey's experiment can really work in the playoffs, and to do that we need to see the two MVPs share the floor. A Harden/Westbrook pairing for the playoffs was the whole point. A lot of people questioned if it could work in the regular season since they are both ball dominant players and it did. But as we know when it comes to the Rockets, none of that bullshit matters. What matters is what they are able to do in the postseason and now that they are in a legit battle with a hot OKC team, I'm ready to see Westbrook go up against his former squad.

So I'm happy to hear Westbrook will be back and better than ever for Game 5. I imagine that's coming tomorrow but who knows. Either way, one of the best series of the first round just got a whole lot more interesting.