Source - A former "Love & Hip Hop: Hollywood" star might take the cake for one of the most tone-deaf publicity stunts. She faked being beaten and kidnapped to promote her OnlyFans account, but says it was to raise awareness of sex trafficking.

Masika Kalysha posted the video of herself Tuesday in lingerie with apparent cuts, scrapes and bruises all over her body, claiming she got assaulted and was still in danger.

Then, she strangely asked for money to stave off her kidnappers, saying,"They said you guys have to leave me tips and follow me so they can take the money or they're not gonna let me go."

In the caption to her video, she flat out claimed she was kidnapped and being held in a warehouse, and asked her followers to subscribe to her OnlyFans account and tip her so her captors would let her go.

Incredible. The year of OnlyFan's continues. The best part? She said the reason she was doing it was to raise awareness for child sex trafficking...

The reality star claims she's on set filming a project about child sex trafficking, and her kidnapping stunt was needed to grab people's attention for the important matter.

She even goes as far as to say everyone should know there's a method to her madness, while completely ignoring the insensitivity of her first vid or addressing how she might have tricked people into sending her money.

It takes a special kind of lunatic to fake a kidnapping then DOUBLE DOWN on it after the fact. My favorite part of this whole story isn't even the fact that she faked a kidnapping, it's that her OnlyFans account is her giving stock tips…wait for it….to build "generational wealth." LOL. 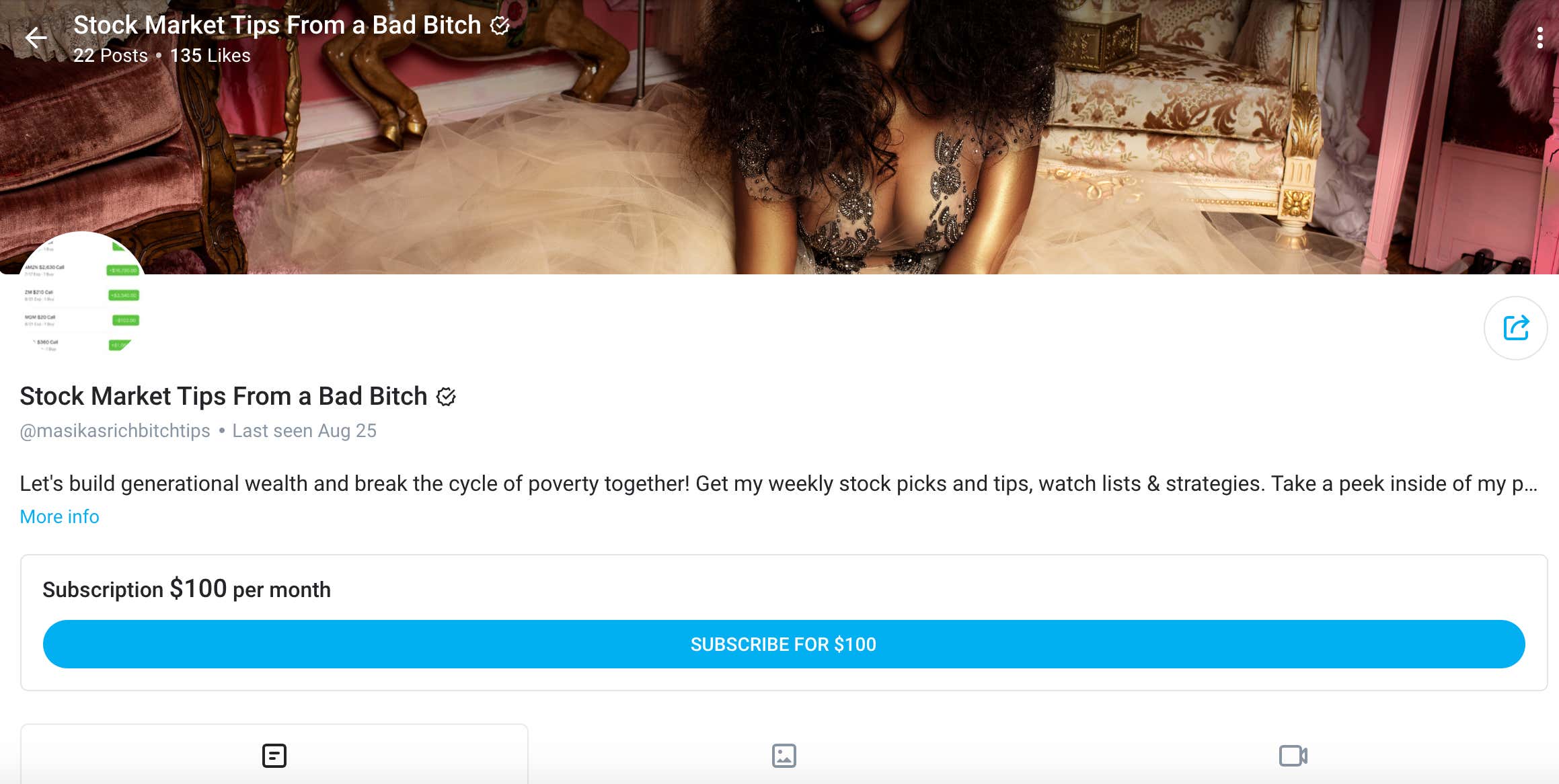 You just can't make this stuff up. On the bright side at least she was creative. No one would've paid attention if she went on and begged. She was able to create a storyline that made headlines. Good on her. Will it translate to users? Of course not. No one with a  brain wants stock tips from Masika-fucking-Kalysha, whoever that is. Strange times. 2020 continues to be the weirdest year on record.