Yesterday there was another expose in the Washington Post outlining and explaining rampant misogynistic behavior from the Washington Football Team's front office. It mostly centered around Larry Michael being a skeevy pervert and having an unedited video of the cheerleaders made with behind the scenes footage of a calendar shoot when the models were changing. This video was called "the good bits" and apparently was shared between the top guys, allegedly including Snyder.

PFT - Brad Baker, the former member of Michael’s staff, told the Post that “Larry said something to the effect of, ‘We have a special project that we need to get done for the owner today: He needs us to get the good bits of the behind-the-scenes video from the cheerleader shoot onto a DVD for him.”

Another video allegedly was created in 2010, with Michael allegedly requesting that the video be recorded on a DVD with the title “For Executive Meeting.”

The Post obtained both videos, and it concluded based on analysis of the metadata in the video files that there was no evidence of manipulation of the 2008 video. (The article does not expressly articulate that same conclusion as to the 2010 video, although the authenticity of the 2010 video seems to be strongly implied.) The Post explained that the videos came from a former employee who saved them “because I didn’t think anyone would believe it was real.

That's the main part of the article, along with Snyder approaching a cheerleader and suggesting she go upstairs to a hotel room and fuck his friend. But then, because he's a complete idiot, Snyder released a statement. And boy does he suck. 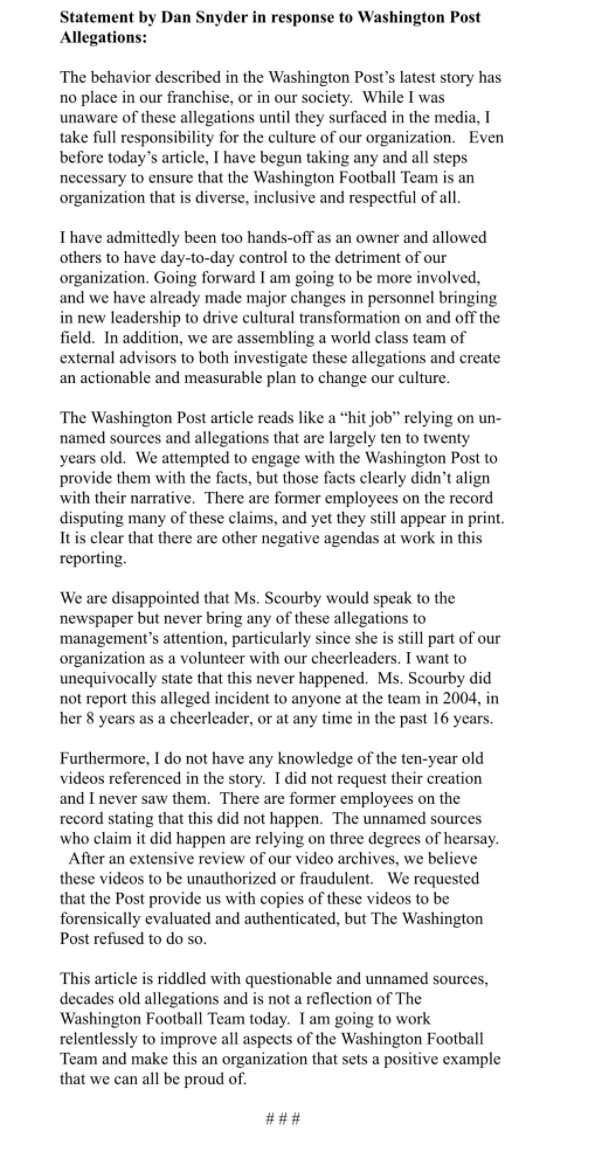 I mean clearly it's all lies. We know that he allowed this all to happen, that Larry Michael was in his inner circle, and that he has been in charge of every inch of the franchise since the day he took over. Obviously I didn't expect him to admit to any of those gross allegations as that would be suicide for him, but what a spin-zone, saying “I have admittedly been too hands-off as an owner”. Hysterical. "I didn't know this was happening because I've been so hands-off as an owner", says the guy who has been making draft picks for the team for the last 20 years.

Look, the guy is a terrible person. He will lie, cheat, manipulate, etc his way out of any situation. That's what he's doing here. But then where it gets interesting is new team president Jason Wright sent out a statement that was very different than Dan's: 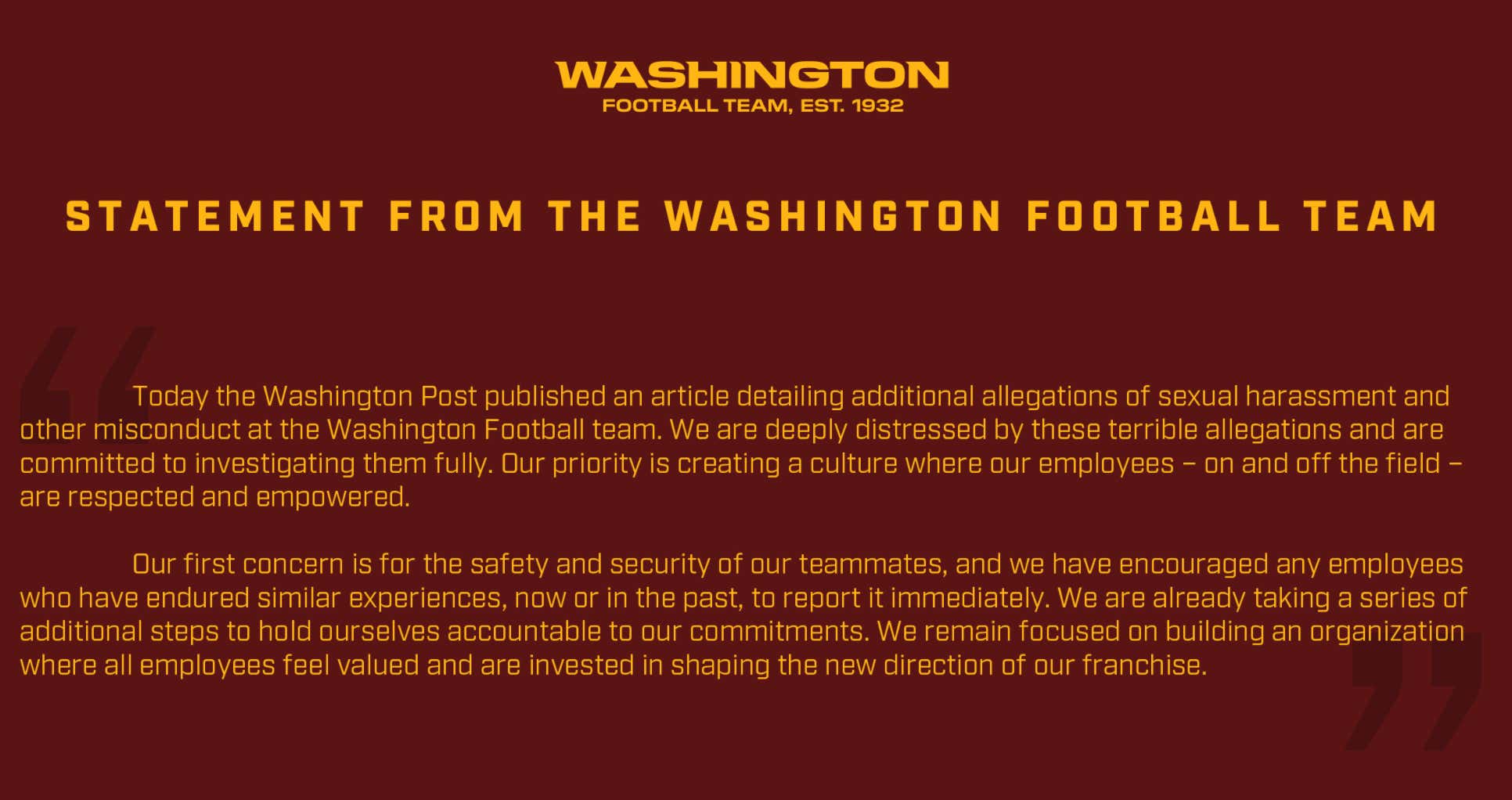 Just miles and miles better than Dan's whiney woe is me statement.

But that's the issue- Dan couldn't help himself but to release a statement instead of letting the team president that he JUST hired handle it. And in his own statement, Dan said he needs to be MORE HANDS-ON AND "INVOLVED", which is clearly the complete opposite of what he needs to do.

And so is this where we're at now? Dan Snyder will release his own statements, and then the team will release another? We have conflicting messages from the owner of the team and the team president. The whole thing is nuts. Lil Dan Dan is going rogue from his own franchise. It also worries me that he hired Jason Wright but doesn't trust him to do his job whatsoever. I just have a very hard time believing things can truly change as long as Snyder is still around, lying, controlling, and just being his terrible self. There is nothing from the last 20 years of him owning the team that say he is capable of changing his stripes. I want to believe it's possible, but he's literally saying he now needs more control, when in reality he needs to be as removed from the franchise as possible and hire people who actually know what they are doing. And until he does that, it'll just be more of the same, more of the terrible, terrible same.