Big news out of Lincoln Park...DePaul has a new head man in charge of athletics. Something that was DESPERATELY needed to say the least after 17 years of failure, scandal, corruption, and abuse by Lenti and her brother who is currently being sued for how he treated staff and players involved with the softball program. Anyone would've been a breath of fresh air after that, but it sounds like DePaul got a guy who can bring them back to where they want to be in the one sport where they matter...basketball.

I asked our resident college basketball guy and Kentucky alum about Peevy and Reags said.. 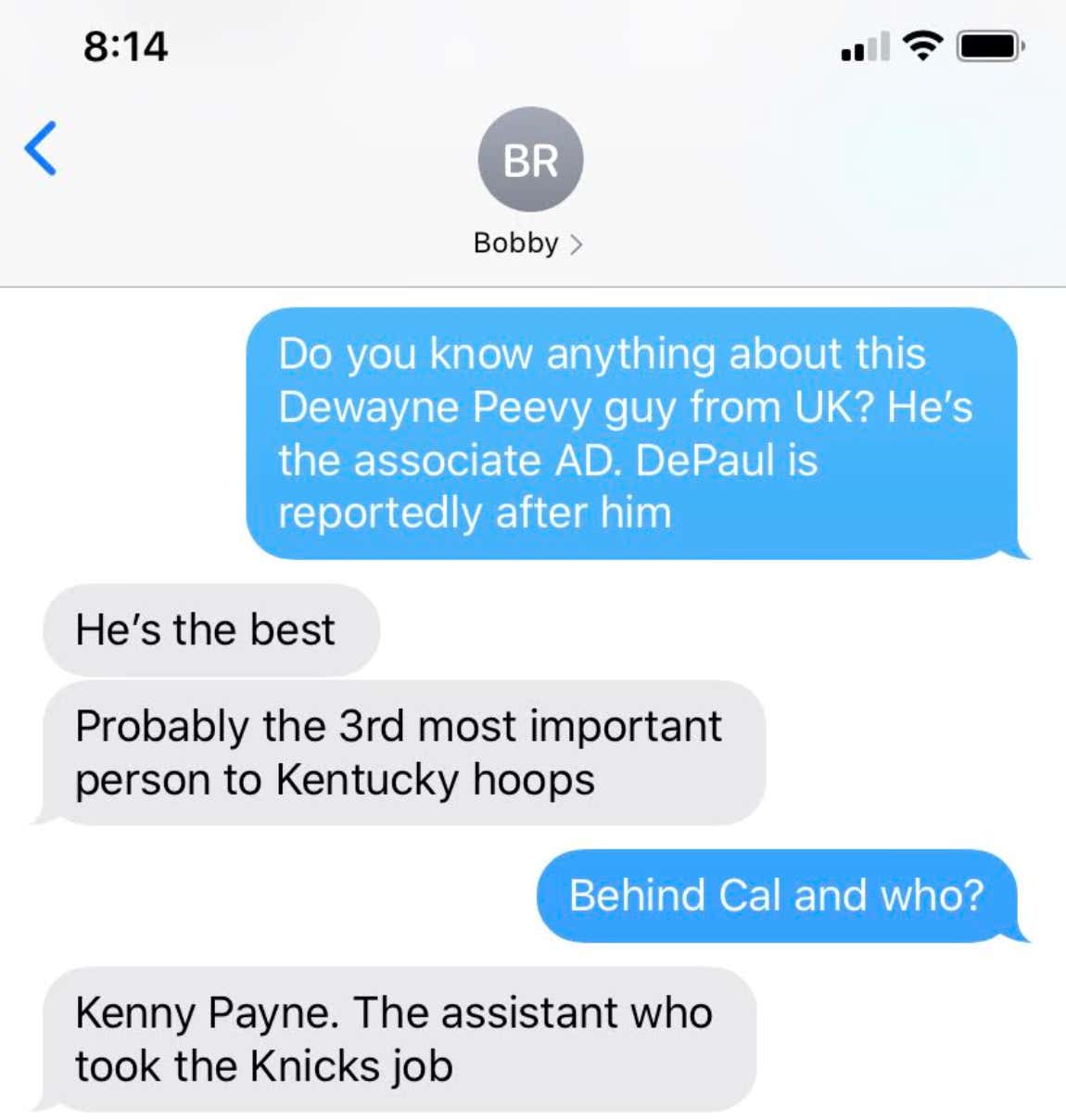 That's pretty good I'd say. Most new hires in athletics come in with a lot of big talk, but for some reason I actually believe our guy Dewayne

“I’m a big dreamer. I want to be the best in the Big East; how can we get there? I dream of winning the national championship. If you can’t dream with me, it’s not going to work out. And that’s with any sport. How can we be the best?”

A national championship at DePaul…

But if you're my dad's age and remember Ray Meyer and DePaul being a team in the discussion for #1 seeds and Final Fours with regularity in the 70s and 80s then you're probably nodding along with Peevy. Now that DePaul has a legit gym in the city there's no reason why they shouldn't be a consistent tournament team. Might take a long time but he saw a program get built at UK that everyone thought was dead

Is Kentucky a powerhouse in football…of course not. They are however a tough test in the SEC East now. 10 years ago or so you could basically pencil in Kentucky to be at the bottom of the league with Vandy. That is not the case anymore. Kentucky got the right kind of facilities and the right coach and now they're not a doormat. DePaul needs to do the same thing and if they ever do watch out because…

Yes it is. You don't even need to get the #1 kid in Chicago every year. Just cherry pick the guys you need and make it a hometown thing. Build a wall that stretches from Aurora down to Oak Lawn and north to Lake Forest and get all the D1 kids to stay home and you've got yourself a squad that can compete in any league in the country.

Chicago would wrap their arms around DePaul too. This city is desperate for basketball to care about since the Bulls have been pathetic for a long time. A ton of people who have Big10 affiliations in the city would still jump on a DePaul bandwagon. Non-threatening, BigEast, local, and if you fill the roster with local kids then everyone will jump on board. I might jump on right now. See you at Wintrust.