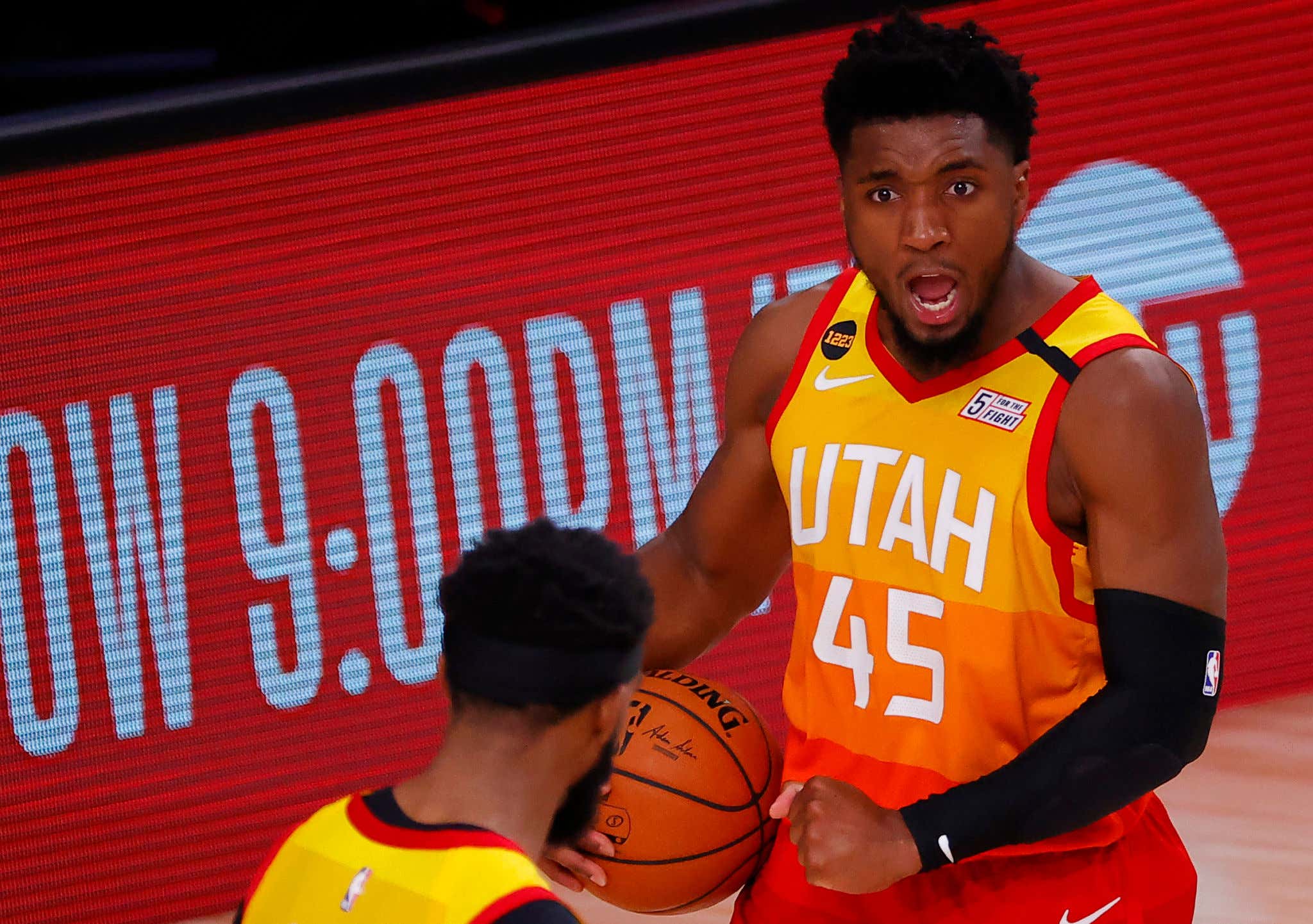 If you are strong enough to hold on until 6:30pm today, you're in store for two more Game 5s on the schedule. A couple of Western Conference matchups, all I'm hoping for is two close games. That's the least these four teams can do after we all will have waited all goddamn day for the action to start. Am I a little cranky that there isn't a game tipping off shortly? Yeah, so what. Let me live and work through my own issues. But this is a pretty massive day for all the teams involved, so let's break it down so you have everything you need to know before the action starts.

Is this series a wrap? Hard to argue it isn't. I want to believe in the Nuggets because I know how legit their offense can be, but if this series has taught us anything it's that the Nuggets are in no way interested in playing a sliver of defense. That's an issue. I know I'm just a blogger but in my professional opinion the goal should be to stop Donovan Mitchell from scoring 50+ points. Let's start there. Maybe hold him to under 30 and see what happens. I don't know how they do that considering Mitchell has had his way with this pathetic Nuggets defense, but I do know the answer is not Michael Porter Jr

YIKES. How valuable are the buckets MPJ gets you if he's that much of a disaster on the other end? I mean that's all time bad and in a game where you need to bring your defensive A game, the Nuggets are running out of options. Denver is allowing 125.5 points in this series, a defense so pathetic only the Nets were worse (126.3). They are making the Jazz, a team that had an average-ish offense all year look like world beaters. This is current the #1 offense in the bubble with a 131 rating. Who could have seen that coming once Boganovic went out? Not me. Not you. I'm pretty sure not even the Jazz.

If I'm UTA, I'm doing my best to wrap this thing up tonight because the Mavs and Clippers look like that series might go the distance. You can't dick around and drop this game forcing your series to continue. Not only does it give DEN some hope, but it's also putting more minutes on your stars. It's important to fuck around with closeout games. The Celts, Raptors and Heat figured it out, now its Utah's turn.

Bad news. Porzingis was just ruled out. That's unfortunate for the Mavs and it means Luka is once again going to have to be superhuman. That's no big deal considering he's a basketball prodigy but in a huge swing game like this you wish Porizingis was giving it a go. The Mavs have a similar issue to the Nuggets in that they are having a tough time playing defense. They've had a 116.7 defensive rating this series and are allowing 123.8 points a night which is the third worst of any playoff team. You can't bank on the Clippers defense continuing to allow 135 points. Chances are there's going to be a game this series where their defense actually shows up.

What are the odds that Trey Burke has another 25 points on 10-14 shooting? Not great. So I'm looking at Tim Hardaway Jr. He needs to be better than his 8-18 performance in Game 4. I will say Paul George continues to give this team bulletin board material with comments like this

despite the fact that he's been beyond terrible. He better come out and look like the PG13 that has actual talent after these comments. If he struggles again in Game 5 Kawhi might murder him.

That's obviously the key for the Clippers. You know what you're going to get from Kawhi and guys like Lou Williams. But this is the opportunity for the Clippers to assert themselves and that means Paul George has to show up. Talent wise they are better, and you could argue the Clippers haven't even really played well this series. They got lucky with the Porzingis ejection the same way the Mavs got a little lucky with the Luka dagger.

I'm pretty sure the winner of a 2-2 series went on to win over 80% of the time or something along those lines so yeah, tonight is pretty damn important for both of these teams.