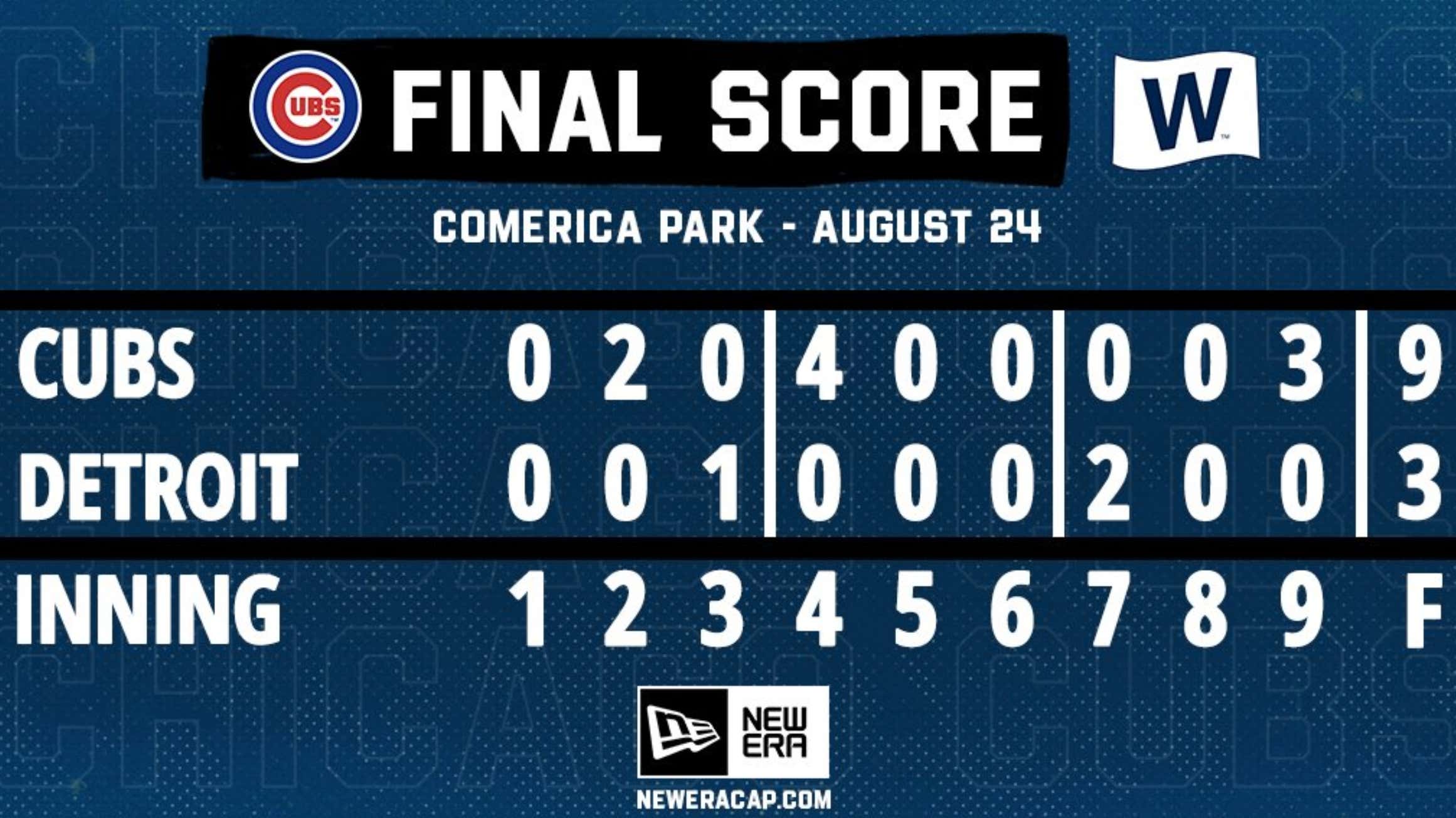 I mean let that register for one second. ELEVEN THOUSAND. That's the number we're talking about here. 11,000. The Chicago Bears have a combined 20 wins over the last two years. Just from a sheer volume standpoint the number 11k should be utterly staggering and I don't care what the unit of measurement is. Virtually 11,000 of ANYTHING is a fuck load.

Without doing any research, it's easy to take a back seat in the baseball record book to the Yankees in nearly whatever category they're leading. That's why they're The Yankees and there's everybody else. So in that spirit it's pretty incredible that the Cubs are basically the best non-Yankees baseball franchise of all time, a worthy distinction to countless fans everywhere. So yes. I'll enjoy it in my own way.

How we got here tonight is actually pretty notable so let's keep the blog moving. The Detroit Tigers started Casey Mize in his 2nd career game. He's a top-10 prospect and the #1 draft from 2018 for good reasons. His stuff is downright nauseating as evidenced by some early swings. But as I said in the lineup preview, this Cubs lineup is way too professional for a young arm regardless of talent. Especially coming off a tough output against Dylan Cease. You'd be hard pressed to not expect a bounce back under reasonable conditions. Fortunately we got it tonight as the Cubs record from last Monday bumps to 5-4.

Seems a lot worse than that, right? Probably because expectations are sky high and guys like Javy and KB haven't showed up yet. KB's on the IL for a hot minute now but Javy can still get going:

If you've watched him for a second than you know he can instantly turn into the world's best player with a single swing. He can get so remarkably hot and completely take over weeks of major league baseball. Consider that it's late August and we haven't seen it yet. Even if it's a shortened season, you know Javy Baez isn't going a calendar year without getting into a major groove.

Now further consider that at 18-10, the best of the 2020 Cubs is still yet to come. The pitching staff has probably over delivered, but the bread and butter is the offense and we're still fist pumping David Bote bombs:

Imagine when that's a healthy KB rolling into the last two weeks of September with a playoff matchup shaping up on the horizon. Like imagine Yu Darvish #1 then Kyle Hendricks #2 in a playoff rotation and tell me that doesn't instantly get your blood flowing. And don't even get me started on Kimbrel. He's got 9 k's in his last 11 outs recorded without giving up an ER. Even if Ross pulled him for Jeffress on Sunday and even if I will hate his contract until I die, I'm not giving up on Craig.

Neither is anyone else in the Cubs dugout. This squad is just built different this year and I say that largely behind the confidence of David Ross. 28 games into his career and I just feel lucky to have his leadership, which brings me back to the 18-10.

They're not even up and running yet and we're still winning baseball games. Still grinding and competing and living in 1st place. If I seem overly confident it's because I'm well aware that there's better baseball in this team and it's coming around the corner.