1. Losing sucks and even more so when it’s to the Milwaukee Brewers. Don’t get me wrong, Milwaukee is lovely this time of year and I’m sure everyone in town is really, REALLY nice. But unfortunately there’s no amount of knee-slapping-aw-shucks-it’s-just-Milwaukee that will make me okay with the fact that we’re 2-4 with 2 series losses to the Brewers over the past 10 days. It just doesn’t sit well with me. We’re markedly better than the Brewers in literally every single phase of the game. And instead of definitively sending guys like Jimmy Nelson and Mike Fiers to early retirements, we’ve allowed them to believe that they can compete with the (very soon to be) class of the NL Central.

2. Fortunately, we have – in the grand scheme of things – some pretty easy problems to solve. This isn’t like years prior where we’re looking for offensive firepower or starting pitching depth. Thank God that part of our lives is behind us, right? 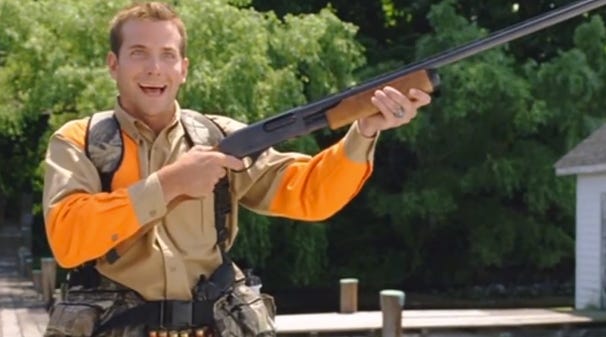 In any event, now we’re looking at things like upgrading the 3rd/4th outfield spots and shoring up our biggest weakness – the bullpen. I put most of our existing bullpen problems on not having Ramirez and Grimm for pretty much the entire season. Ramirez is a shut down guy plain and simple. I said it last year after the first week of the season and I’ll say it until he proves me otherwise.  Grimm too is cut from the same cloth as Ramirez with respect to stuff, but also with respect to his injuries. Either way, both Ramirez and Grimm have legit power stuff at the backend of the pen. That means less high leverage situations for the guys doing most of the heavy lifting right now. More balance means more rest which means fresher arms and better appearances. That’s why I’m not freaking out about dropping 3 in St. Louis or almost all 3 in Milwaukee. The bullpen will get better, it just needs to take a little time.

3. Also, the bullpen would be much better if we traded Phil Coke TO anyone FOR anyone. Seriously.

4. On the bright side, we’re coming home for a 7 game homestand. The downside, though, is quite literally something I never thought would ever be a downside: we have to play the Mets AND the Pirates.

5. Lester goes tonight against presumed Eiffel Tower enthusiast, Jacob deGrom. (Read into that as you wish.) Lester has pitched very well his last two starts giving up just 1 earned in 14 innings of work while striking out 10 and walking 3. Maddon said that Lester would just need a few starts to get it up and running in All Star shape like we expect. Well if that’s the case then tonight should be a great test.

6. Speaking of which, this is why you pay for an ace. The Cubs have obviously struggled in losing 7 of their last 10 with a host of problems: bad baserunning, striking out too much, not holding leads, poor defense, etc. And it’s happened in our own division too, making the losses even more painful. So with that, it’s safe to say we need a little 5-hour shot of life to get this fucking party back on track. Insert Jon Lester, our 155 million dollar winning-streak igniter.

7. The bleachers are finally opening tonight. There’s still a significant amount of work to be done but this is encouraging across the board. I say that because the weather is about to turn and that means lots and lots of delicious and refreshing frothy beers in the bleachers over the next 3 beautiful months. Say what you want about our perpetual suck but DO NOT fuckin tell me we don’t know how to have a good time.

8. Starlin Castro’s May stats do the bitching for me:

10. But not as much as I enjoyed watching Joe Maddon empty the dugout, which – as strange is it may sound – is exactly why I’m not worried about this team. They’re loose. They’re fun. They’re talented. And they’re going to get much much better.