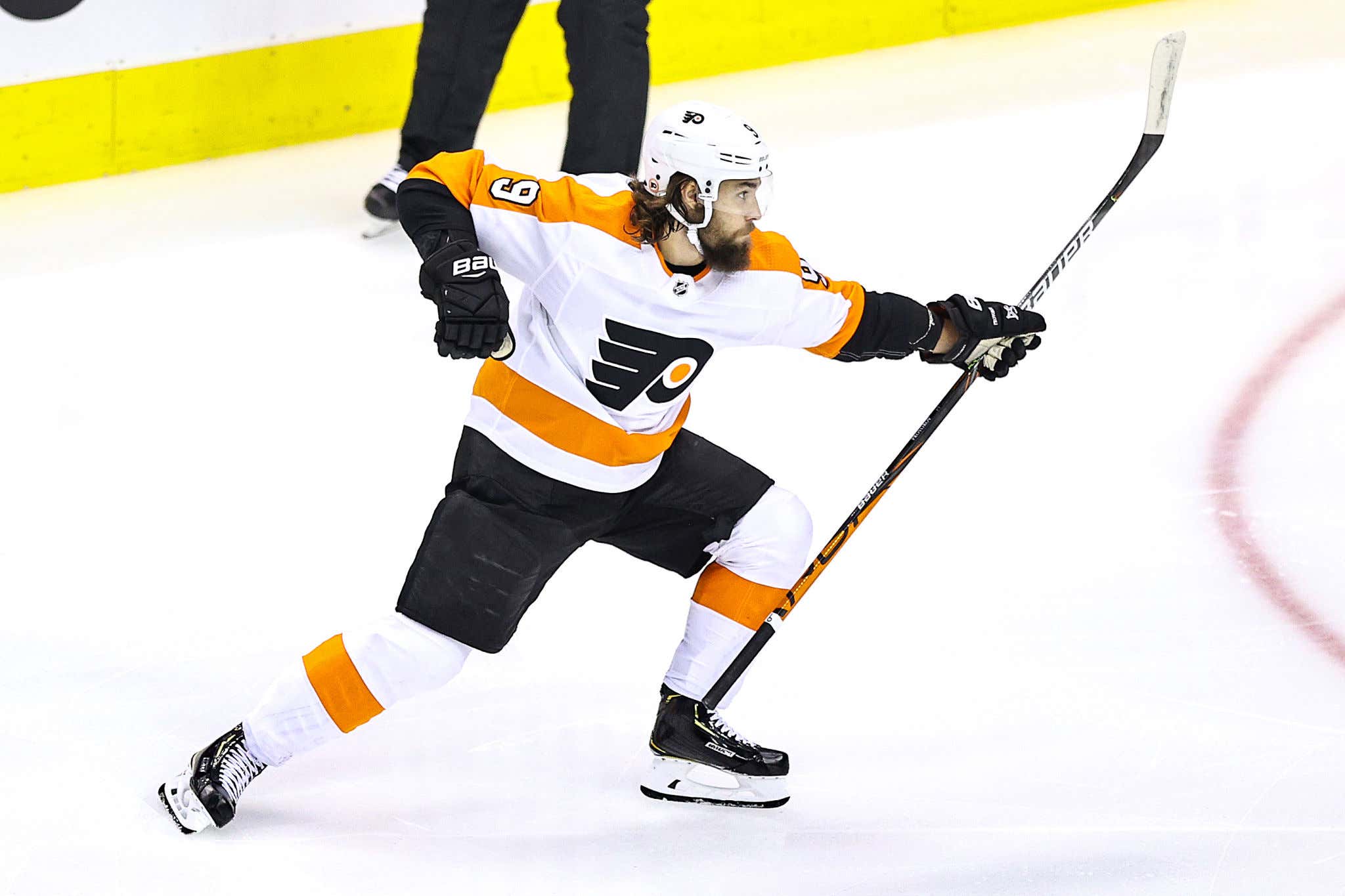 I think we can all agree that the series against the Habs wasn't the prettiest hockey the Philadelphia Flyers have always played. It was a grind for 6 full games. And at no point were the Flyers ever able to completely bury Montreal. Now there are a few reasons behind that. The first being that for some reason or another, this team kept taking their foot off the gas immediately after scoring a goal. There was no reason at all for game 6 to actually be close, but every time the Flyers built up a 2-goal lead, they'd immediately give one back. I'd imagine that's something they'll be focusing on more now.

The other reason that series was such a battle is really just all credit to Montreal. I know there are a bunch of idiots out there who think it's a knock on the Flyers that they weren't able to dominate a 24th place Montreal Canadiens team. But that's what happens when you get all your information just based on looking at standings and box scores. Because at no point during that series did the Habs look like a 24th place team. Their offense struggled at times, but that's also because Carter Hart has been the best goaltender in the playoffs so far.

But the fact of the matter is that even if the Canadiens didn't "deserve" to be in the playoffs, they sure as shit didn't play like that. And their style of play makes it almost impossible for any team to get in any sort of rhythm against them. Just ask Pittsburgh.

The Flyers didn't look like shit because they are shit. They just looked off at times because the Canadiens play chaos hockey and at no point during the series could the Flyers ever actually settle in to a game to really take control. Do I think the Flyers are going to look as well as they did in the round robin stage of the bubble against the Islanders? Ehhh…probably not. The Islanders style is a little closer to Montreal than it would be to Boston/Washington/Tampa. But I still think Montreal was the most frustrating matchup the Flyers will face in the playoffs, so don't let how they looked in the last series make you think any different about this team.

No doubt about it, this series is going to be a battle from start to finish. This has the makings of a 7-game series. But I think there are 3 key things here which will determine if the Flyers are the team that wins that final game of the series.

There was a time early in the bubble when the Laughton/Hayes/Konecny line looked like the best line in hockey. They weren't really able to get anything going against Montreal. Jake Voracek started to assert himself in games 5 and 6, but we still haven't seen a ton of offensive production out of Giroux and Couturier at any point in the bubble. Especially at 5v5. At some point you need to put the "well they're always matched up against the other team's best lines" excuses aside and you need your top guys to step up and take over games.

And it's only a matter of time before the Flyers' top 6 starts to do so. The first 3 games were tough for them to get anything going because they had to go up against 3 of the best lines in hockey. The Montreal series was tough for them to get anything going because they could barely move the puck through the neutral zone so obviously they were never going to be set up in the offensive zone. But now they have 10 games under their belt and it's time for them to break through. Maybe get a powerplay goal to open up the floodgates for Giroux and then it's all gas no brakes from there. Getting production from guys like Michael Raffl and some of the defensemen has been great so far. But this will be the series where the big dawgs finally get up to the bowl to eat. And fortunately for the Flyers, they have more big dogs than the Islanders do.

The Flyers have the best goalie in the playoffs and they've already faced the 2nd best. So I just don't see Varlamov being a huge factor in this series. Don't get me wrong, he's been more than solid so far for the Islanders. But Carey Price is the type of goalie that makes you a little more hesitant every time you decide to shoot the puck. You hesitate a little longer, you aim a little smaller, and just hearing the name Carey Price has to be fucking with the minds of guys playing against him every night. Semyon Varlamov just doesn't have that same factor about him. I don't think that Claude Giroux is going to pass up a shot on a 2v1 against Varlamov because he's worried that he can't beat him. Just the fact alone that his name isn't Carey Price is going to be a major confidence boost for this offense.

And even when Varlamov has a great game in this series, Carter Hart will be right down there at the opposite net to even things out. He has that first playoff series win under his belt and he got to do it against his childhood idol. His confidence is only going to continue to grow, and it's been made more than apparent during these playoffs that he's unflappable in cage. I know he got chased in game 2 but he immediately bounced back with shutouts in game 3 and 4. We saw the Canadiens' shooters hit roughly a zillion posts during that series but that's just because that's all Carter was giving them to shoot at. I think we'll end up seeing a lot of the same in this series, too. At some point you have to start factoring all the pipes that opponents hit against him as saves because he's forcing them to aim small, miss big.

I won't lie. Mathew Barzal scares the shit out of me. Besides Carter Hart, he's the most talented player in this series. The good thing about the Flyers is they should be used to that. Rarely do they ever have the most talented skater on the ice in any game. They have a ton of really, really good skaters. But as far as superstar caliber guys go? That's just not how this team is built. But Barzal is one of those guys. And unfortunately for the Flyers, they have't been able to keep him totally off the scoresheet yet this season. He had 2 goals and 3 assists in the 3 games he's played against Philly this year.

Now here's the thing--I have no idea how you stop Barzal. If I did, I'd probably be a coach in the NHL instead of some guy on the internet writing a bunch of ill-informed shit about hockey. All I do now, however is that you have to limit his chances to completely break a game. There are plenty of other skill guys on the Islanders who are going to do some damage. But if you can find a way to contain Barzal and make sure you don't allow him to be the one to kill you, then the Flyers will be able to outpace the rest of their matchups over a 7-game series. A great goaltender and some structurally sound team defense that doesn't make many mistakes seems like a great start to limiting Barzal's chances of killing you. And lucky for the Flyers, that's what they're best at.

So yeah. It's going to be a battle for sure. There's a strong chance this thing goes to 7-games. But I think going from the Canadiens to the Islanders is going to be a much smoother transition for the Flyers than going from Washington to Philly will be for New York. Right off the bat I think the Flyers have been better tested for this series. So I'm going to go Flyers in 6, but wouldn't be surprised if we have to wait for Flyers in 7. And once the Flyers win in 6, we're going to Borrelli's.