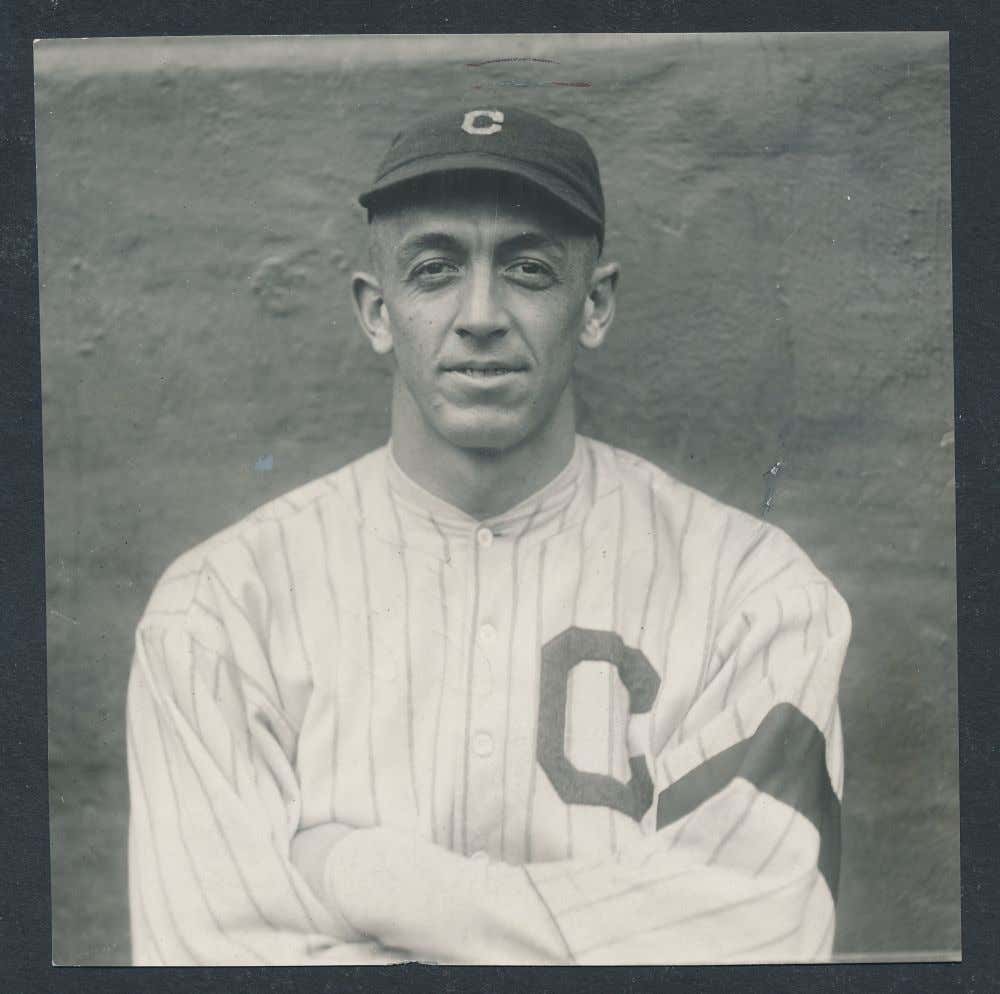 Ray Caldwell’s debut with the Cleveland Indians is one to remember. Just five days after being purchased from the Boston Red Sox, Caldwell was on the mound at League Park in Cleveland against the Philadelphia Athletics. Cleveland had a 2-1 lead in the ninth as summer storm rolled over the park. With two outs, Caldwell is struck by lightning and knocked unconscious. Ray Caldwell quickly recovered, and when the storm ended, he got back on the mound and retired Joe Dugan to end the game.

Ray Caldwell was born on April 26, 1888, in Corydon, Pennsylvania. Caldwell’s career began in the Ohio-Pennsylvania League, where he won 18 games before he was signed by the New York Highlanders in 1910. Caldwell was among the Highlanders' best pitchers as they became the Yankees in 2013. However, his drinking and partying off the field became bothersome to manager Miller Huggins. After posting a 96-99 record in eight seasons, Caldwell was traded to the Boston Red Sox.

Ray Caldwell began the 1919 season with the Red Sox and failed to live up to expectations, holding a record of 7-4 with a 3.96 when he was placed on waivers at the start of August. The Cleveland Indians would purchase Caldwell’s contract from Boston on August 19th, and had him on the mound against the Philadelphia Athletics five days later.

Coming into the game, the Indians still had hopes of a pennant at 62-46 under Tris Speaker, while the Athletics were buried in last place at 28-78 under Connie Mack. Rollie Naylor holding a record of 2-16, had the duties of starting for the A’s while Ray Caldwell made his Cleveland debut at home on a humid Sunday at League Park. The Indians scored a pair of runs in the fourth, while Philadelphia scored a run in the fifth.

The score stood 2-1 in the ninth, as dark clouds filled the air, a storm was coming, and the race to finish the game was on. With two outs, a clap of thunder was heard, dropping Ray Caldwell to the ground.  Caldwell had been struck and was unconscious for five minutes, as the rains put a halt to the game. During the delay, Ray Caldwell, who had a lightning burn on his chest, recovered and convinced Tris Speaker to let him finish the game. When the storm clouds cleared, Caldwell took the mound and got Joe Dugan to ground to third to finish the game.

According to reports after the game, Caldwell told the Cleveland Press that the lightning strike “felt just like somebody came up with a board and hit me on top of the head and knocked me down.” He assessed the damage and found that he had slight burns on his chest. Speculation was that lightning had hit the metal button on his cap, “surged through his body, and exited through his metal spikes.”